OOTD: it’s been a while…

Looking back, it’s been quite a while since I’ve done an outfit post. I’m sure for those of you who don’t really dig the whole ‘dragged through a hedge backwards, uninspiring, and all round average’ look, you’ll be more than OK about that. But for those who don’t mind a bit of casual, a bit everyday and let’s be honest, a little bit ordinary…then I may have something that’s right up your street! (am I the only one that will forever hear Cheryl Cole’s Geordie accent when saying that phrase?)

I finally got my act together over the last week and met up with quite a few friends that I haven’t seen in a while, looking back (I’ve done a lot of looking back haven’t I?) at the pictures I kind of wished I’d made a bit more of an effort (Dear Friends, I do make a bit of an effort sometimes, I promise!) But you know what, I’ve been embracing comfort over style these days. Well, that’s my excuse anyway. Onto the outfit, which obviously after the way I just described it, you’re all hanging off the edge of your seats in anticipation to see…. 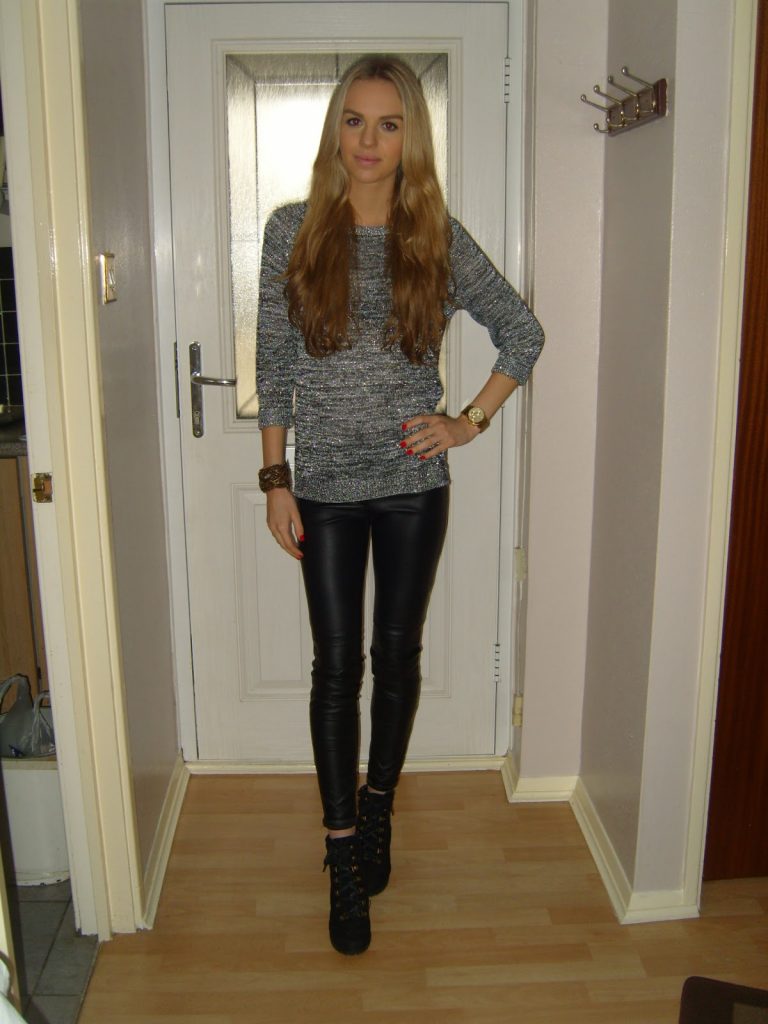 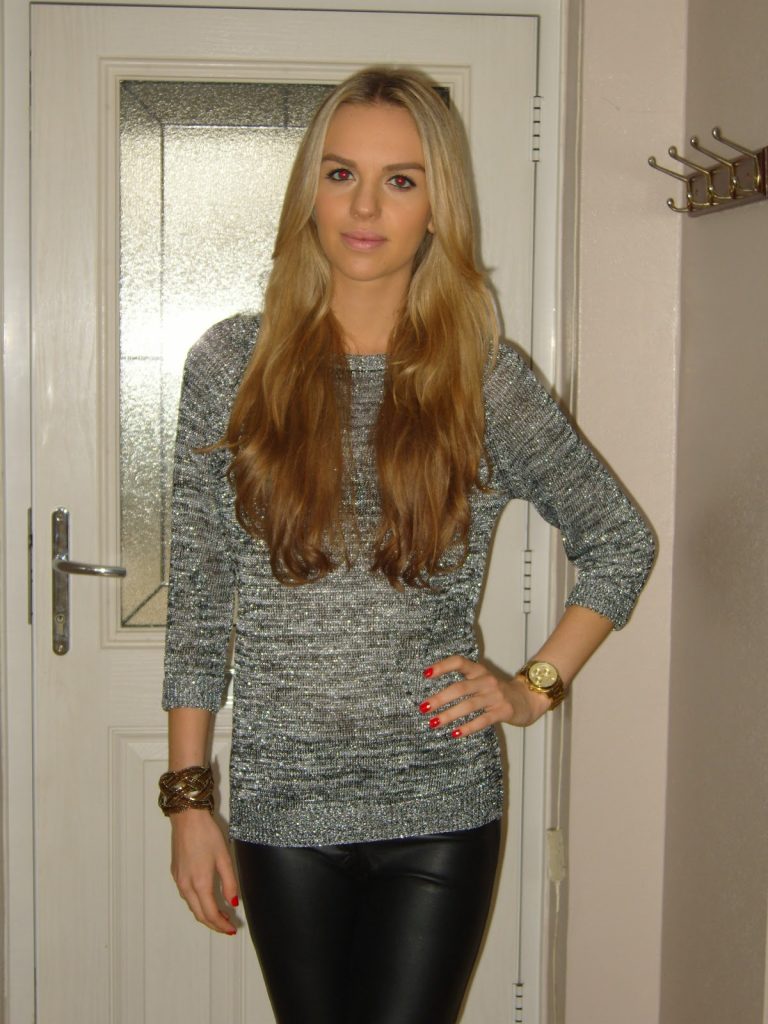 Sincere apologies for the poor attempt at trying to capture the trousers and jumper below. Lesson of the day learnt? Crotch shots are never attractive, ever. Camel toe or not, sorry…TMI! 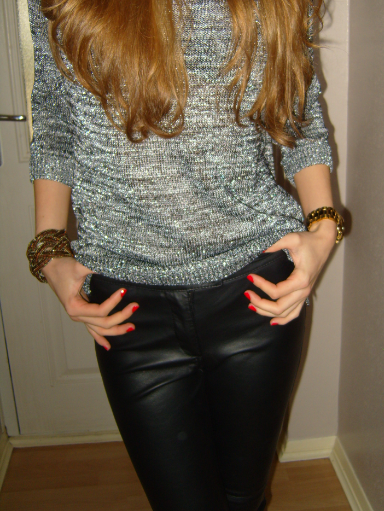 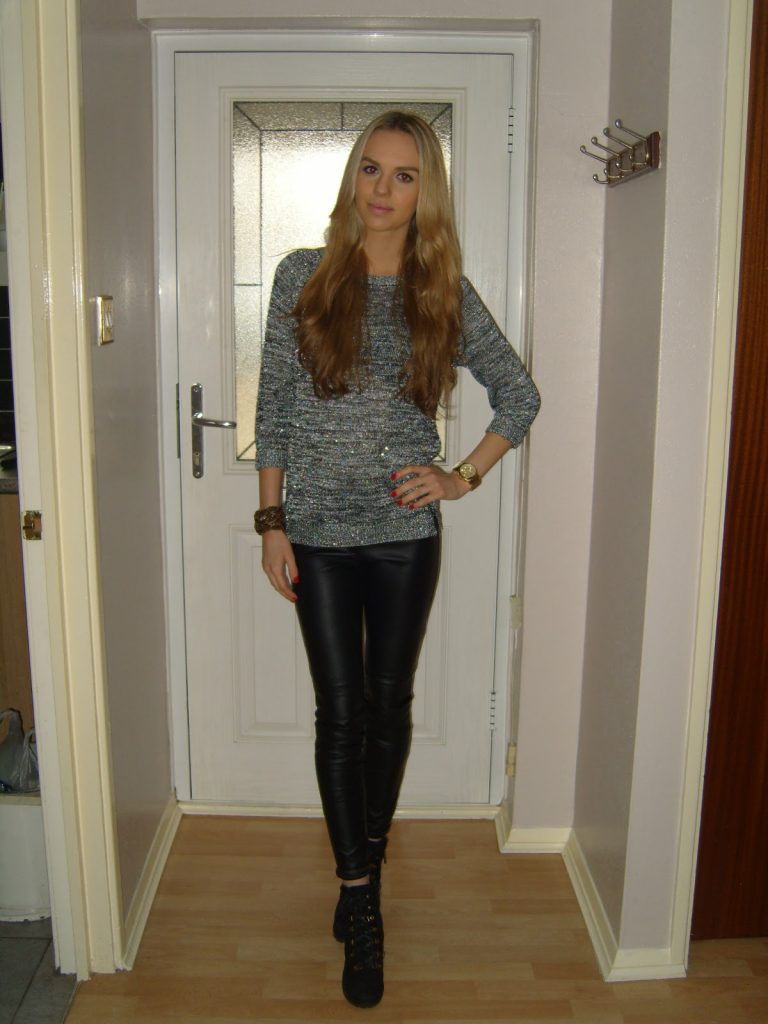 Further apologies for the fact these pictures have possibly the most unglamourous backdrop. It was a case of dodgy background and relatively acceptable hair, or pretty landscape (well, as pretty as it gets in SE London) and getting rained on/blown away. I went for decent hair, believe it or not!

However, saying that, I did manage to find some shelter, grab my poor friend and quickly get a couple of shots before anyone came along and christened me an absolute twat!… 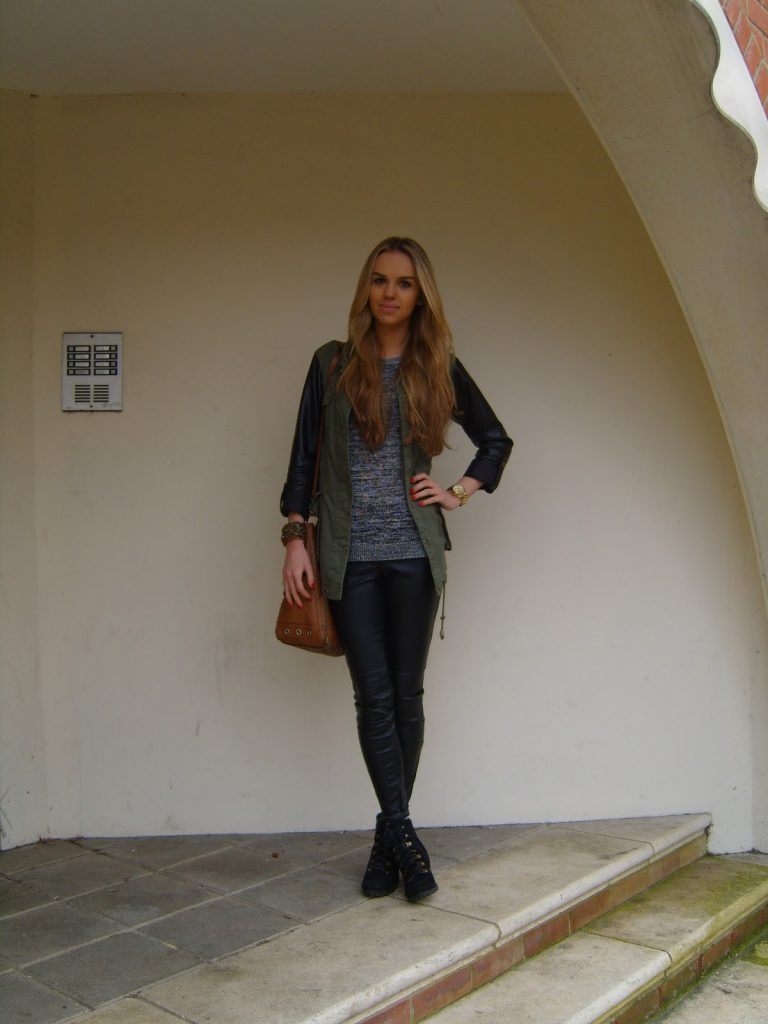 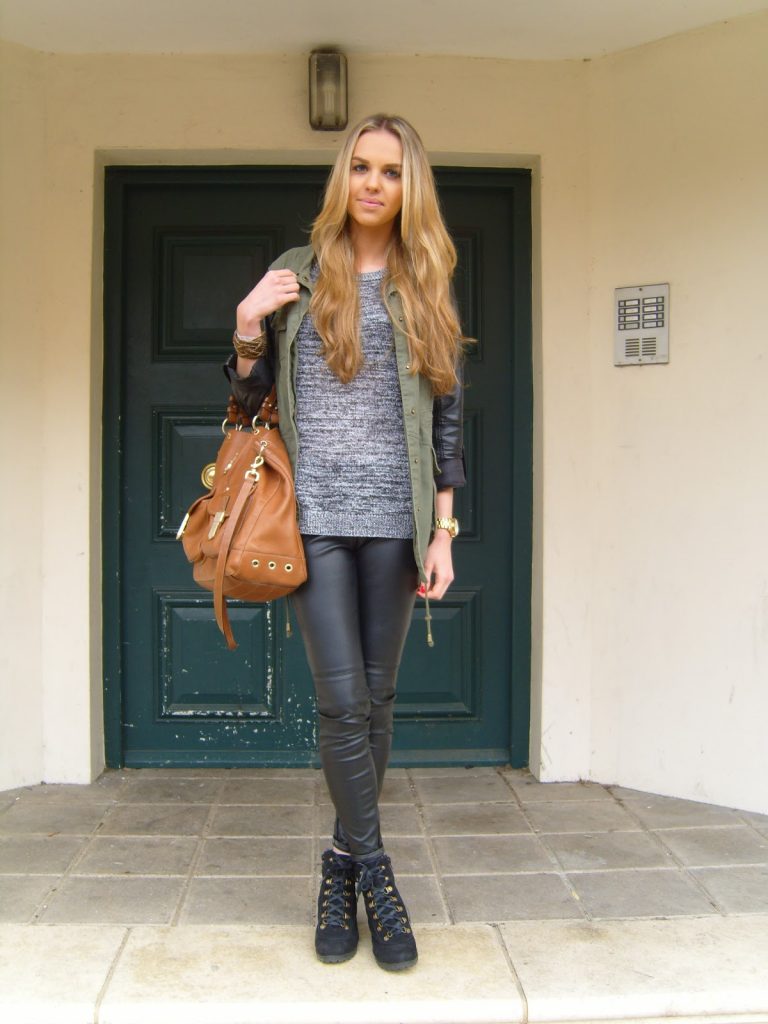 Jumper: Primark
Leather trousers (OK let’s not lie, they’re totally not real leather): H&M
Boots: some cheap shop that I literally cannot remember the name of. Helpful as ever!
Jacket that has been copied by just about every single store in the world: River Island
Bag: Mulberry
Watch: Michael Kors

So there you have it. If you’re still awake after my rambly snooze fest post…well done (and thank you, you little troopers!)