First of all I hope you all had a lovely Christmas everyone. I wanted to post on the day but in all honesty I was in such a turkey/quality street coma that the only thing I was up to doing was watching films and pigging out even more!


For anyone that’s a regular reader of this blog, or has read even one post on here you will probably have realised that I like to start off a post with a bit of joke/ramble/failed attempt at being funny, but I’m actually going to spare you of that today, I’m cutting straight to the chase. I visited an Italian restaurant recently which is practically all gluten-free and I was – as disgustingly cheesy as it sounds -completely blown away. So much so that I’ve actually been twice in the space of a couple of weeks and have reserved a table for New Years eve. It’s turned me into an absolute beast! (what a lie, I’ve always been one!)


The name of the restaurant is Cotto and is based in South East London on Westminster Bridge Road. A friend of mine had passed it and noticed that it advertised GF food. Being a coeliac and being a massive foodie (yep, don’t be fooled by the small frame, if it wasn’t for a fast metabolism I’d pretty much resemble a hippo) I had to try it.


One review in particular that I’d read said that when they entered the restaurant they mentioned that they were coeliac and moments later were bought over GF bread rolls and were introduced to the manager who is also a coeliac and has been for the last 23years. That’s exactly what I did, and that’s exactly what happened to me and I can honestly say, both were an absolute pleasure. Any coeliac out there will know that it is nigh on impossible to find decent GF bread that doesn’t crumble, fall apart or taste like sawdust, this one however, arrrgghh there are just no words! Soft, chewy and served hot too…I can honestly say I didn’t stop smiling throughout eating it (which looking back must have made me look like a complete and utter weirdo) 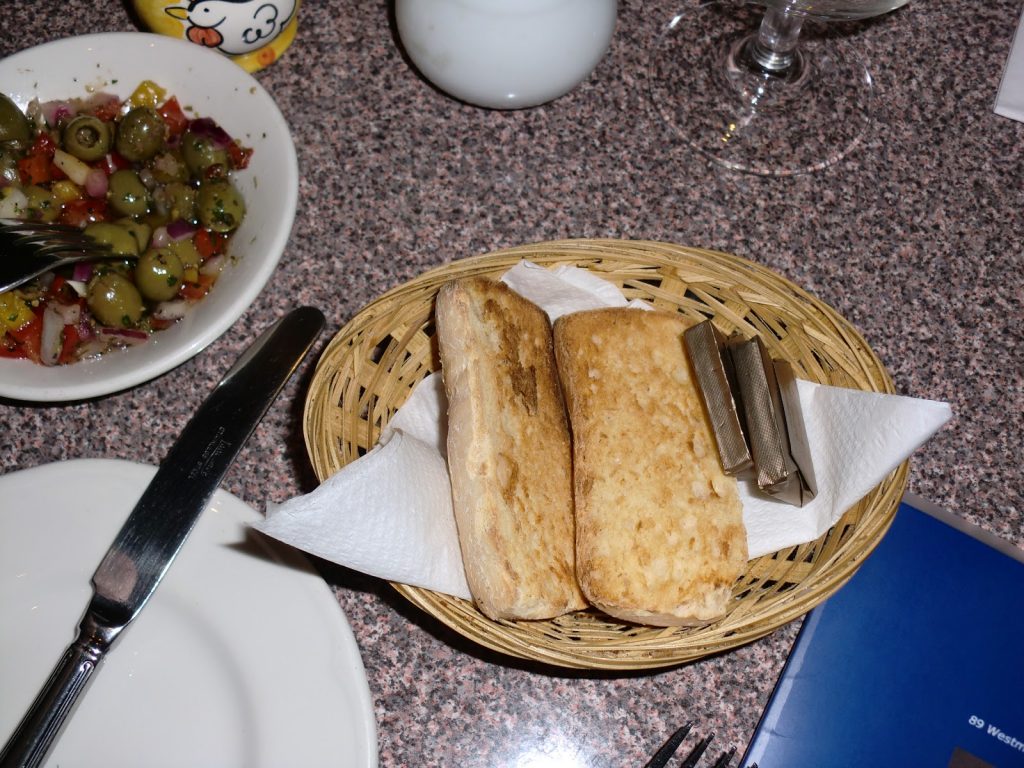 After demolishing the bread, and olives that were already put out when we were seated I then chose my main which was actually so hard considering there was so much option, definitely not something that happens very often! The first time round I went for the funghi pizza, this also happened to be in my ‘too embarrassed to take pictures’ stage which is of course a complete blog fail but I can assure you that it was delicious. Thin crust, soft but with a nice bite, just complete heaven for coeliacs who haven’t been able to eat a decent pizza in a very long time!


The second time round I went for the Fusilli Con Salsicce, that’s Fusilli pasta with home-made sausage and tomato sauce for us. What can I say? I just wish I could post sound effects in this blog – on second thoughts, clips of me groaning about how lovely something was probably isn’t the best idea – I digress (always wanted to use that phrase) The pasta and sauce were amazing but the sausages were the real winner for me, by far the best GF sausages I’ve ever tasted. I think the real test of how good GF food is, is to get people who can eat gluten to taste it, which I did, and they couldn’t taste the difference. Major tick! 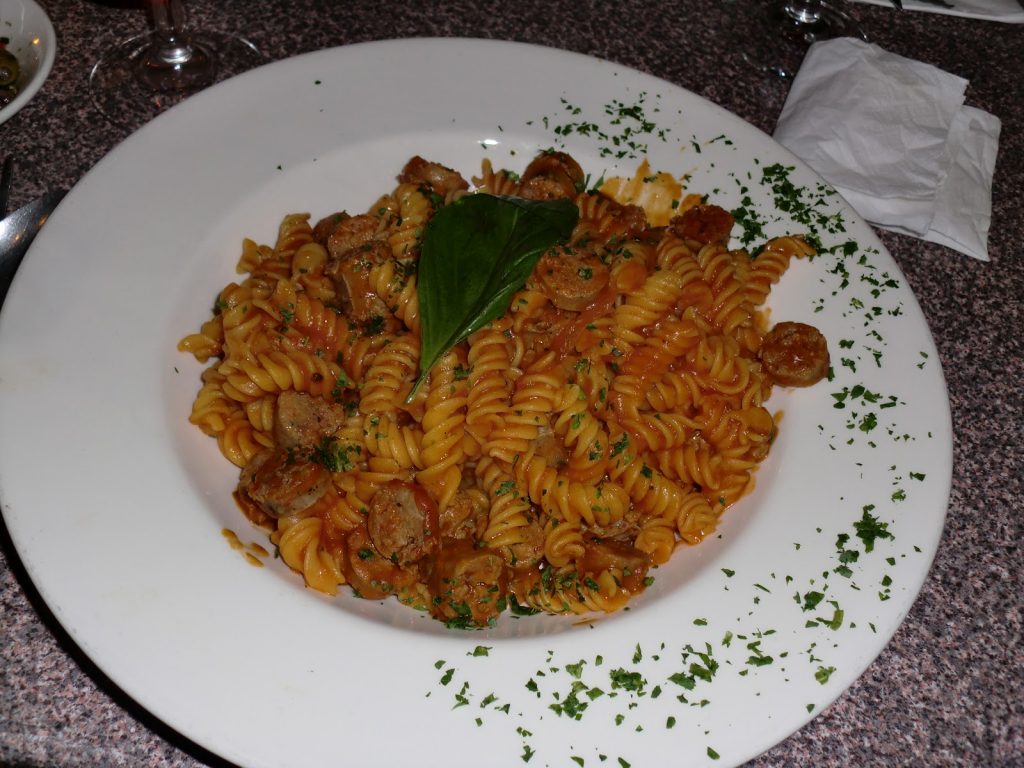 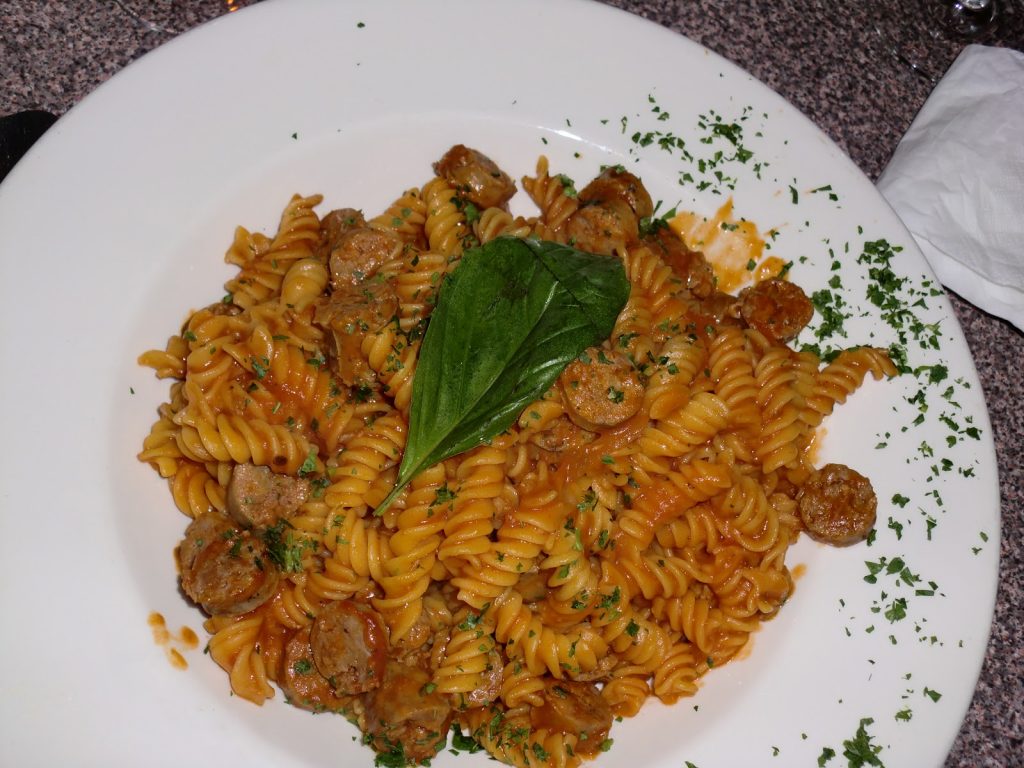 As an example of just how much option there is at Cotto I’ve also included some pictures of what some of my family, who came to Cotto with me, had to eat too.


The first being the Pollo Crema E Funghi (chicken in a creamy garlic sauce) the portions are generally huge and this was no different. I loved the sauce, although it was quite strong so may not be to everyone’s taste. The chicken was lovely and soft too though so overall it was a winner in my eyes (you know those people on ponce on everyone’s food at every meal, yep…that would be me *insert ashamed face here*) 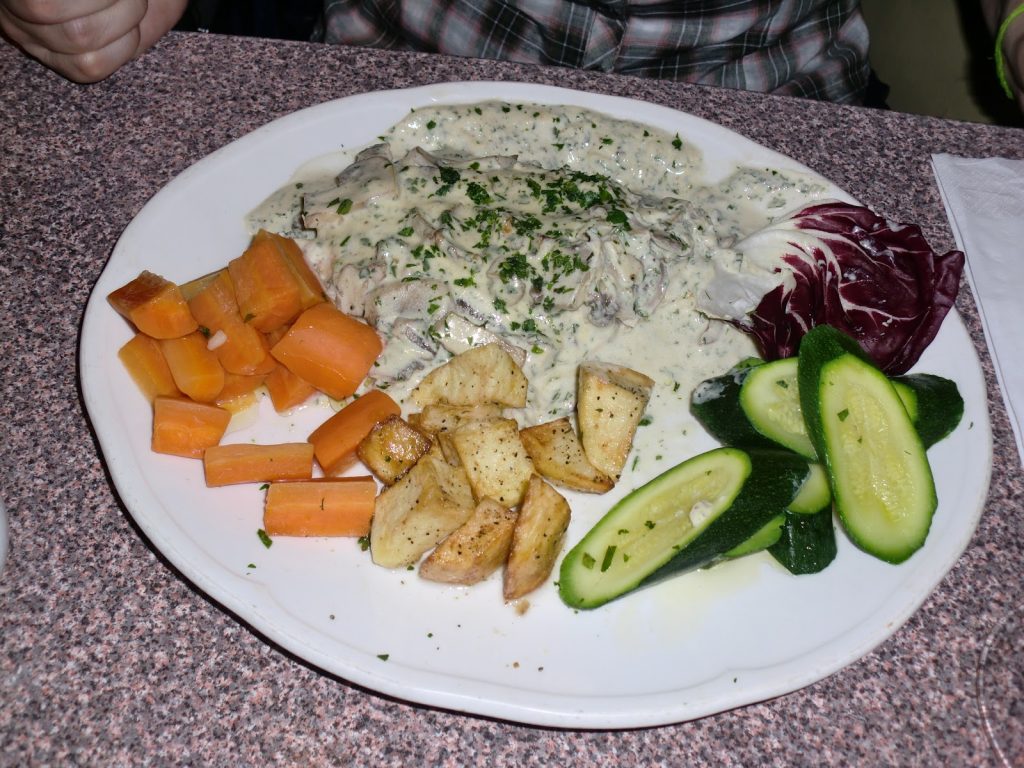 My brother who is completely one of those ‘Mc Chicken sandwich without the salad’ ‘donna kebab – hold the lettuce’ went for the sirloin steak, with no sauce of course! Both of the above meals come with veg and potatoes which were really nice, in typical fashion I polished off my brothers veg which he is practically allergic to, purely because it’s rude to waste food isn’t? (please agree or I’ll feel even more of a tramp) 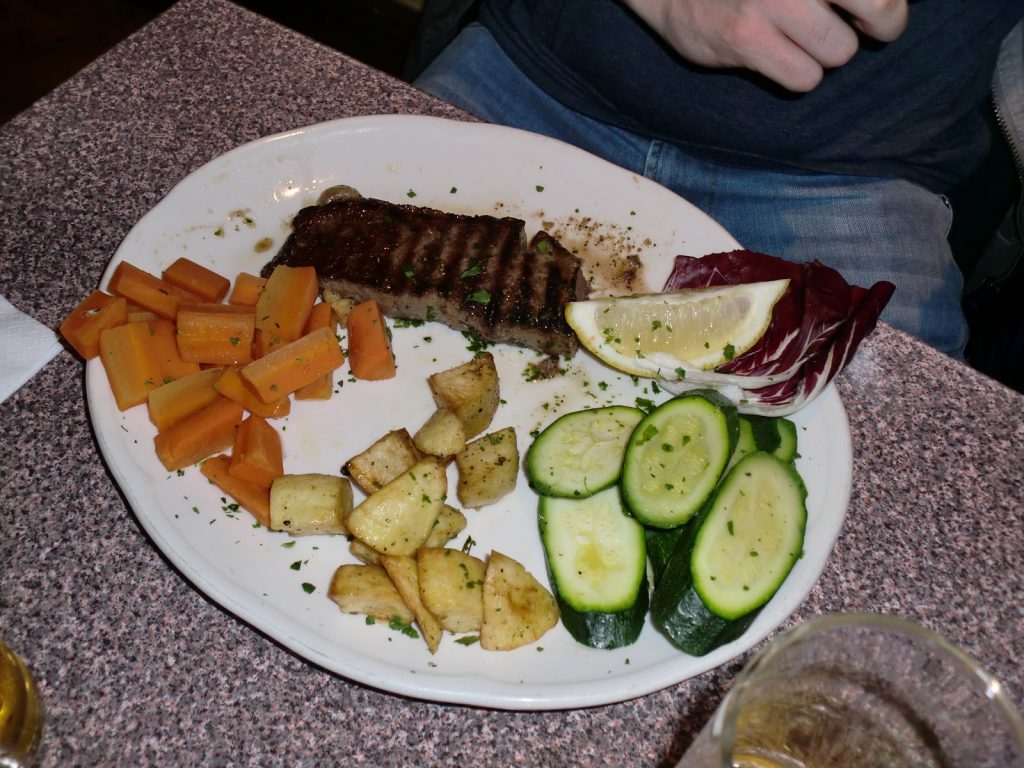 Last but not least was a huuuuge Calzone. Unfortunately for me – and fortunately for the owner of the meal – that wasn’t GF so I couldn’t try it, but I had reports that it tasted amazing. It certainly looked it! 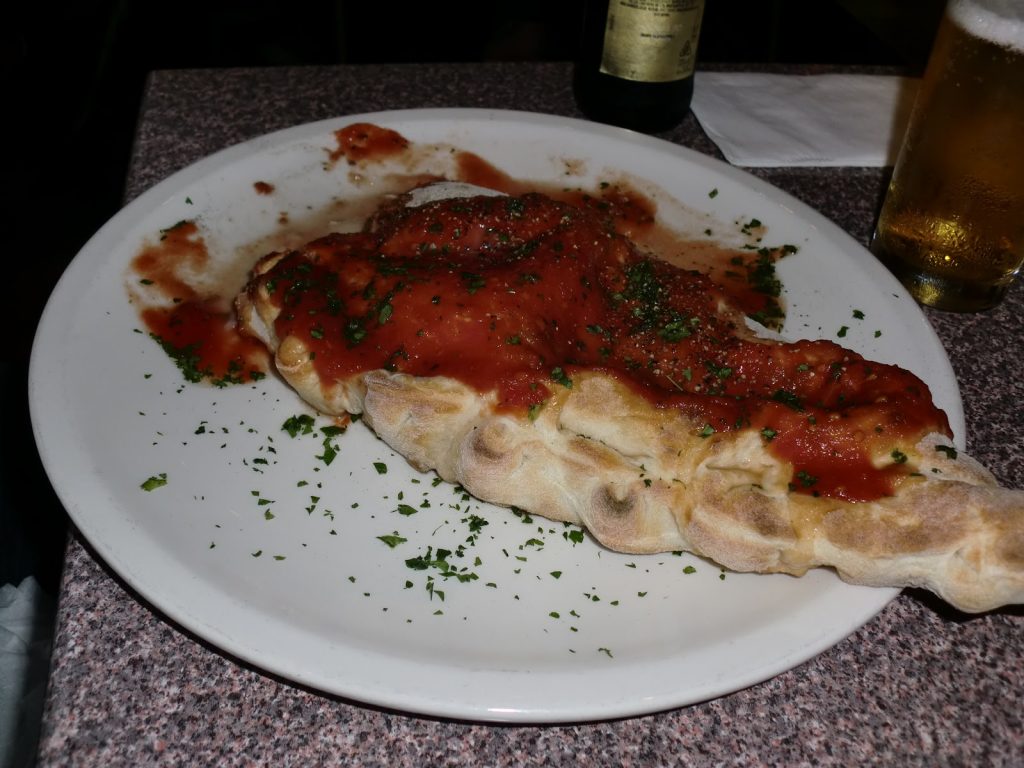 Onto dessert, if you’re still with me you’re doing amazing, nearly finished I promise.


The online menu doesn’t list desserts so I have no idea of the name for the first desert I tried. I’ll call it the chocolate pot (I’m clearly infamous for my originality) Word of warning, this bad boy is rich! I personally love my chocolate so it was ‘right up my street’ (if I had a pound for every time I’ve squeezed that phrase into a post I could buy my own GF restaurant myself) It is actually really hard to explain quite what it is despite the obvious title, but in the least technical term possible I’d say it was a pot of smooth, loose chocolate, not quite a moose, not quite a fondant, almost yogurty. I’m struggling so much that I asked my brother how he’d describe it, his answer was ‘like a rolo yogurt but more luxurious’ so there you have it, being articulate obviously runs in our family….. 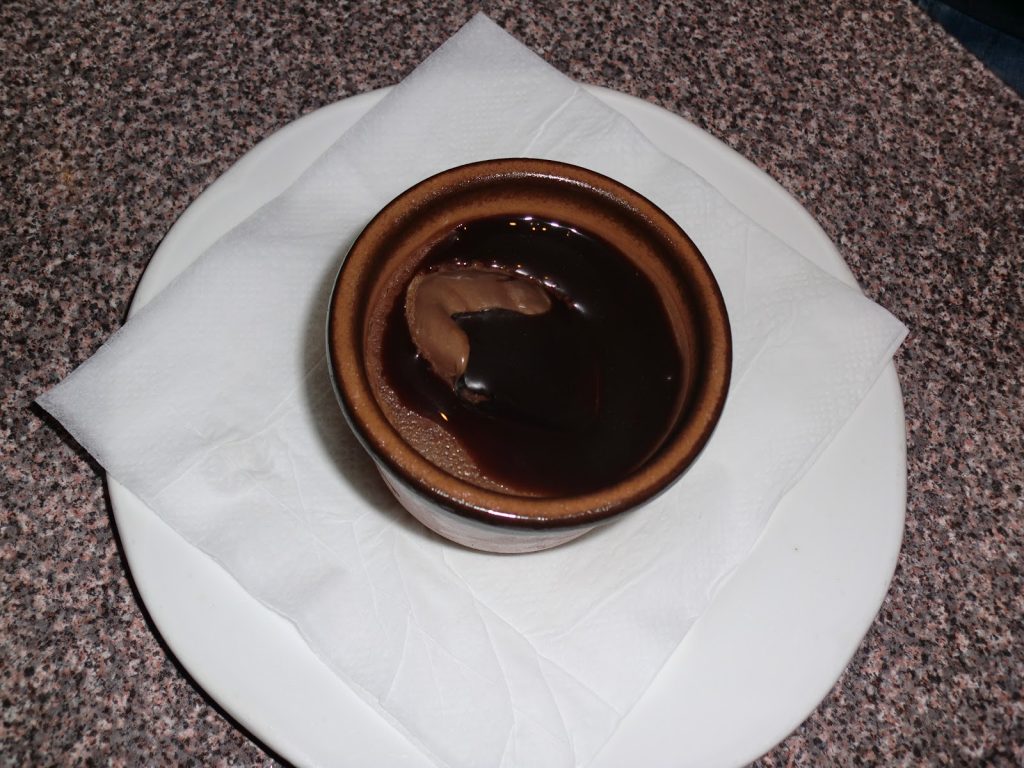 My Dad’s Lemon Sorbet – light and fresh and to use my favourite word for the 1,000,000th time this post…lovely! 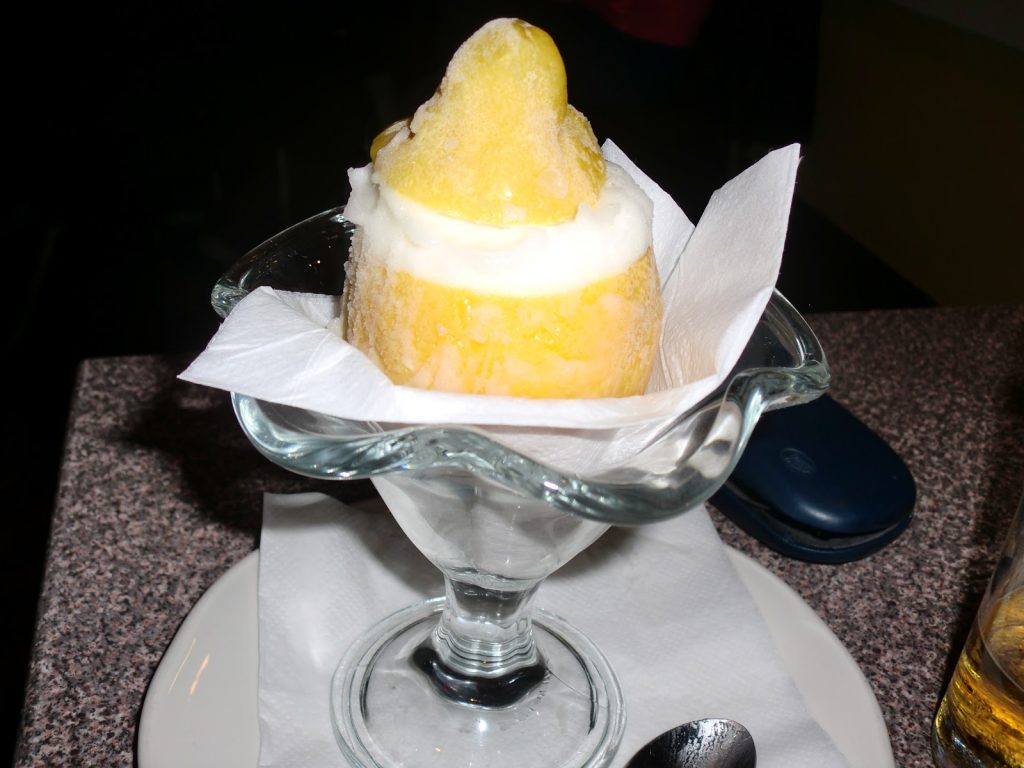 And finally my favourite dessert and possibly my most favourite dish of the lot…the tiramisu. Now not really being a fan of coffee or liqueur in desserts, this would have been the last thing I would naturally have gone for but I was convinced to try it by the lovely manager, Leno. My god I was not disappointed. For a start the portion was absolutely massive, to which the picture does absolutely no justice, but it was quite simply amazing! I could hardly taste the liqueur which was fine by me but you could definitely taste each layer of chocolate, mascarpone, coffee, biscuit….words do no justice so I just urge you to try it. Try all of it, go all out, I promise you you will not regret it! 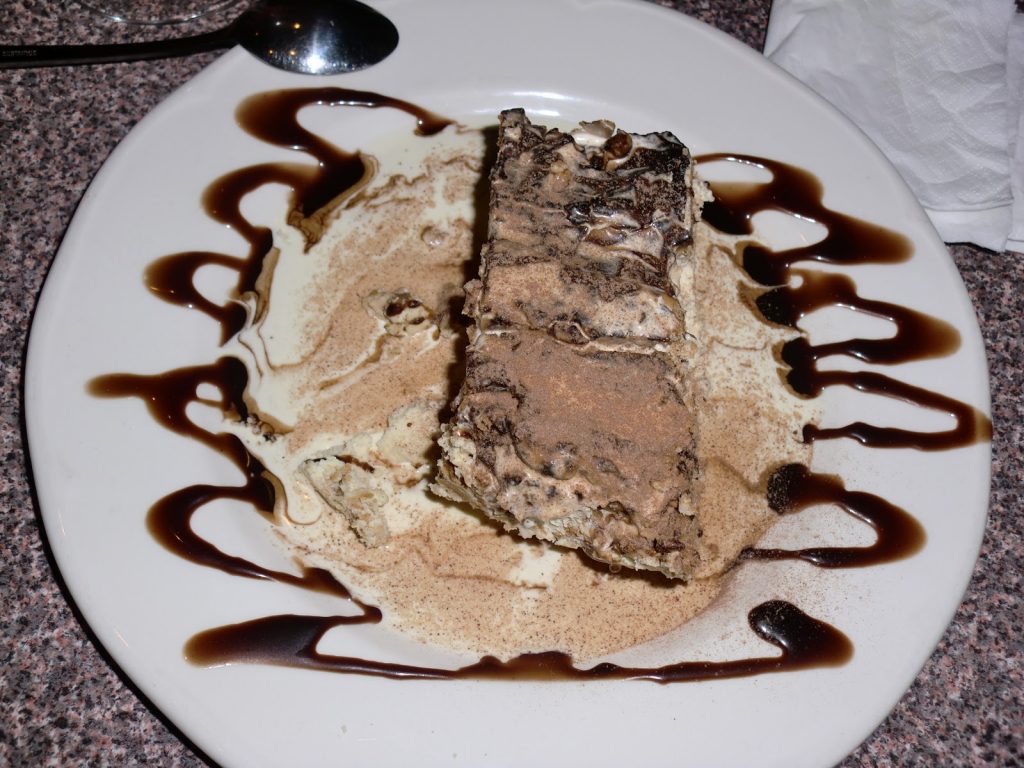 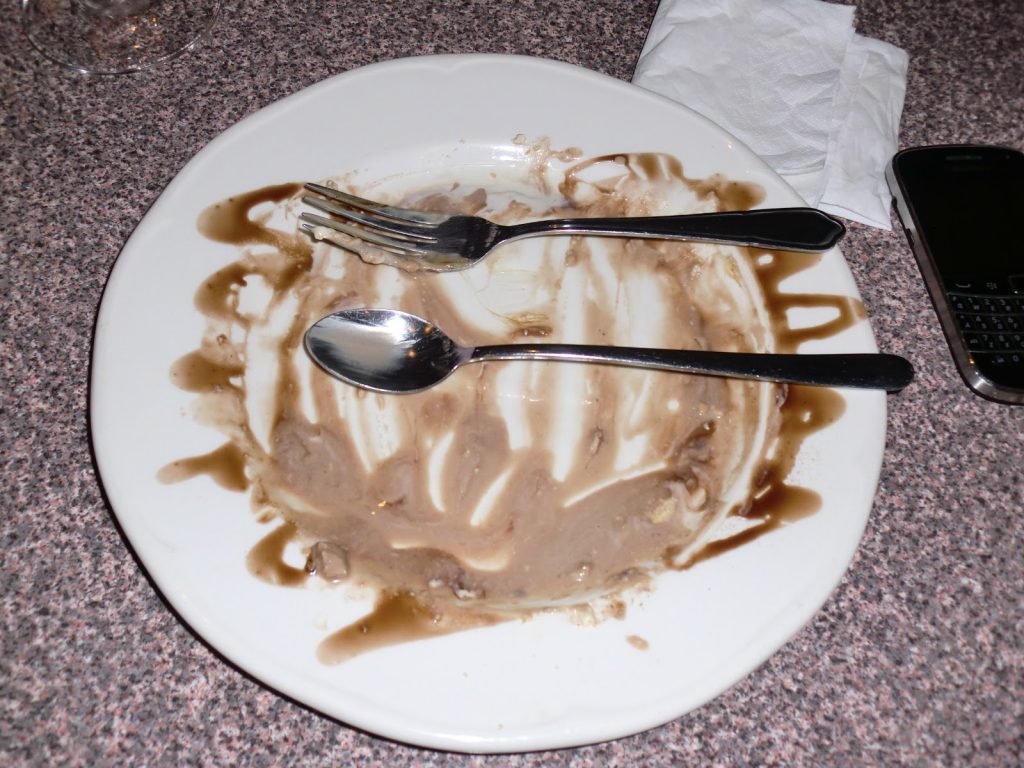 And I think that’s finally it…for the food anyway. I can’t finish this post without a nod to the manager of Cotto, Leno, who right from the very beginning when he came to find me and chat about being coeliac has been absolutely lovely. He actually came round to see how I was enjoying my food after every meal, and to quote the man himself “the smile on my face said it all” (pretty sure this was the polite way of saying I was smiling like an absolute knob whilst attacking every meal like a woman who hadn’t eaten for years) But despite weird faces Leno said it made him so happy to see me so happy, and I think that’s the difference between Cotto and so many other restaurants out there. They just understand how limited we are when eating out and but most importantly you just trust that everything is completely GF (they have two seperate areas in the kitchen for GF and non GF) and for me personally, that’s the most important thing I can ask for.
There’s so much more I could say but have no fear, I’ll stop now. I’m well aware that I’ve waffled for far too long but I really am passionate about my food and finding best gluten-free available on the market and judging by the comments and feedback I’ve had, these posts seem to have been quite beneficial for a lot of other coeliacs too, which to me, makes all of this worthwhile.

PREVIOUS POST
"OOTD: faux fur, afro’s and the cure to ‘hangover face’"
NEXT POST
"Happy 2013 everyone, bring it on!"