I think it’s natural for everybody to have a bit of a writer’s block now and again. That first sentence of a post, that one word that you just can’t think of…but today for the first time, I had absolutely no idea what to write.

Of course, being New Years day it would make sense to do a New Years Eve OOTD/2012 Favourites/Outfits of 2012…are you getting my point? I think you’re probably getting my point. But, bearing in mind I’ve only been blogging a matter of months, haven’t really had that many posts and my NYE was a pretty bog standard meal and fireworks type of evening, I decided to shun those examples and go on a random ramble. After all, I think it’s pretty fair to say that’s what I do best!

And that’s when I also realised that this is probably going to be one of those posts that will hold absolutely no interest to 99% of the people reading it but – and I think most importantly – in a year/many years to come (if I live that long obviously, jesus…nothing like getting morbid on New Years) it will be nice to look back and see what I was doing on this day. Which, as much as I’m not really into resolutions – it just makes it a bit more real doesn’t it? like, you actually have to give them a go – one of mine this year will definitely be to try not to give a crap what people think. Write what I want to write and if everyone thinks it’s s**t (which there’s a high possibility they will) then that’s there problem, and if they don’t, God does create miracles after all, oh…and I bloody love you!

So before we end up in 2014 by the time I finish writing this I just want to round off by saying a massive thank you to anyone that reads, or has read even 1 of my posts since I started. I began this blog because I was literally obsessed with other peoples, and feeling like I had so much to say myself, felt like it was just a natural progression to have a place of my own to write down all the random, insignificant, superficial crap that goes on in that little head of mine. Never for a second did I think anyone would be interested enough to read it, let alone like, comment and actually follow my blog. Yes I’ve only got a pathetic 37 followers – not that I’m counting…much – but considering I thought the only follower I would ever have would be my mum (mum’s are always your biggest fans aren’t they?) – I am completely shocked, a bit overwhelmed but most importantly, grateful for every single one of you. I hope you carry on reading and enjoying ‘the Elle next door’ in 2013!

So I guess all that’s left to say is I wish you all a happy and healthy new year. I hope 2013 is your best yet!
Lots of love,
Elle
xx 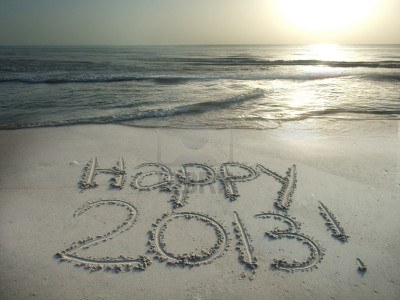