I was ridiculously hesitant to publish this blog post for a number of reasons, but namely the following. First and foremost, this outfit is absolutely nothing special/out the ordinary/any different to what I normally wear (I want to say a pile of s**t but I’ve made a mid feb resolution to cut down on swear words. But you get the gist!)

Number 2, because these photo’s were taken whilst I was working lates at work. In any case this would mean bigger (eye) bags than Prada, however the best thing a perk of working late on Towie is the free take-aways. Zizzi’s, 2 Prezzo, Wagamama’s and a Chinese later and my carb face was as impressive as David Beckham’s boxers Billboard. Yeah…that’s some bloody carb face!

And finally to top off my never ending list of vile characteristics is the absolute mother fucker beauty that planted itself on my face. That morning. In typical girl/ironic fashion, I had just been saying how good my skin had been of late and what do you know? Karma comes back to bite me in the arse – and face by the looks of it – and turn my ugly mug into something resembling a pizza slice.

I must have been a real horrible bitch piece of work in a previous life!

So, armed with the knowledge that I’m wearing a completely average outfit (and by my standards that really isn’t saying a lot), have a face like Mr Blobby and bloat like a blow up balloon, I bet you lot can’t bloody wait to see these outfit pictures can you? Yep, just what I thought…. 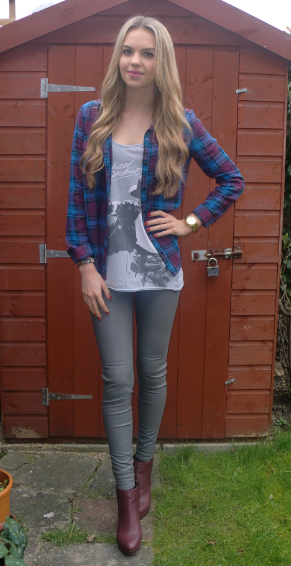 For those with good eye sight – a) I’m jealous of you and b) yes that is Michael Jackson on my vest. *puts on Michael Jackson voice, does a twirl and grabs one’s crotch singing “Hee hee!”*
(Shamefully that’s actually not a joke, my neighbours were in for a right treat!) 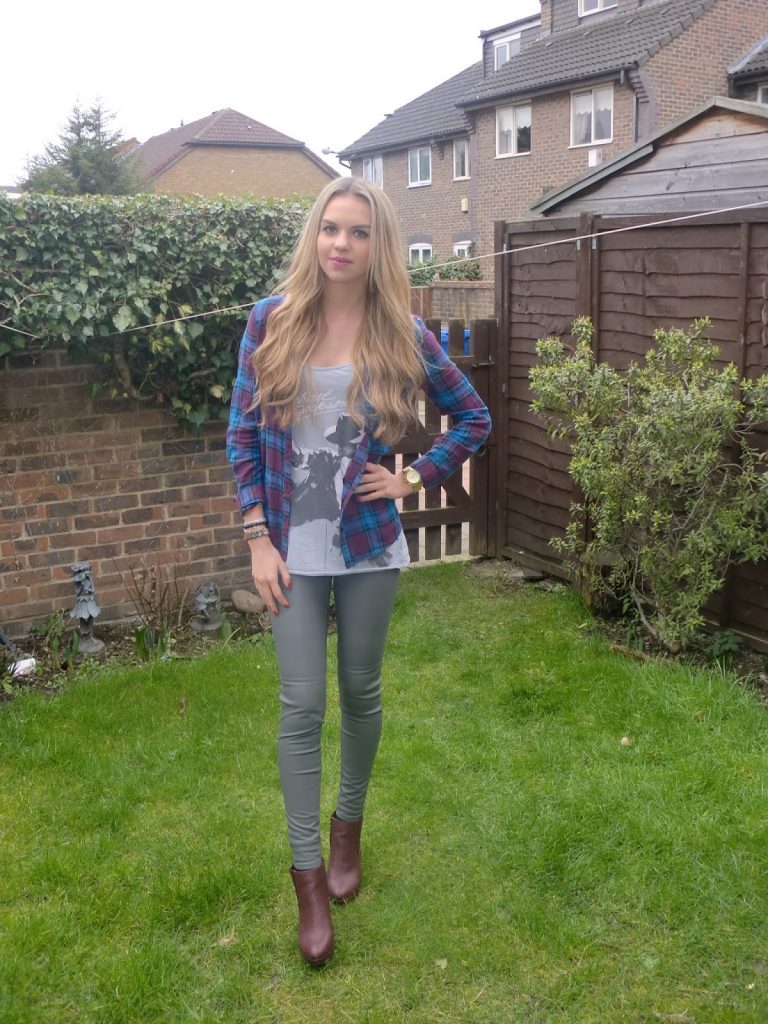 I’m not sure what I find more appalling; the fact that despite my continuous ‘afro’ jokes, my hair genuinely looks like a lions mane. Or the fact that I seemed to have pulled quite a dead leg Angelina Jolie leg pose there. I’m going for the latter! Oh Ange…. 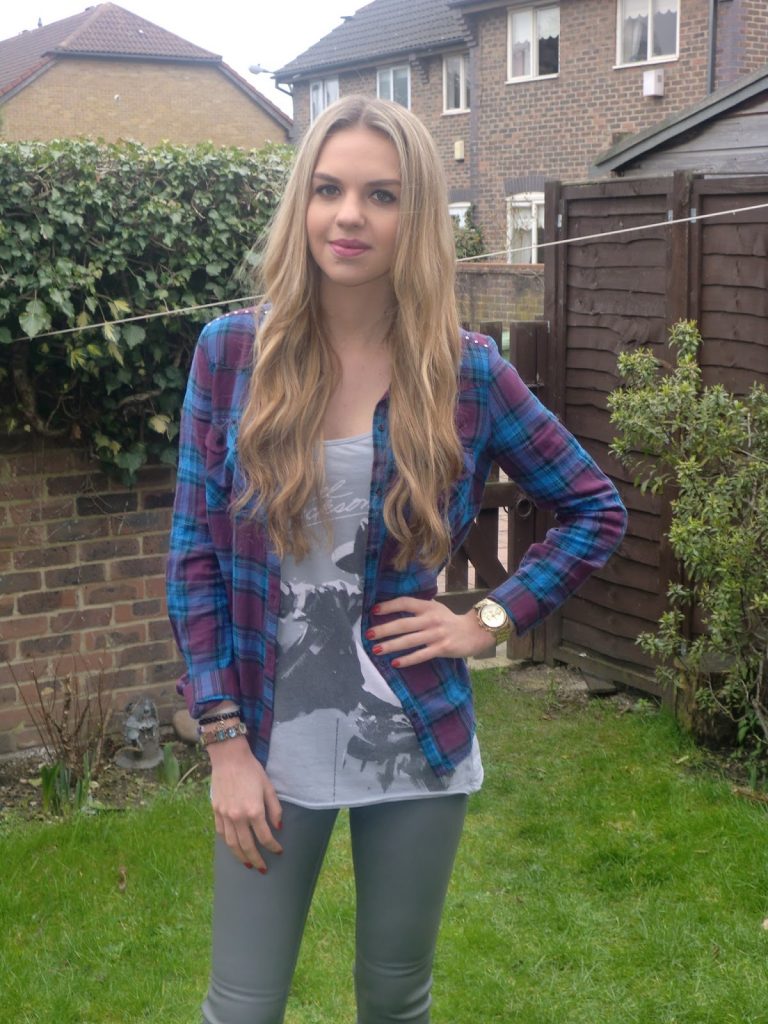 Why on earth would I wack a close up on when I could double up as Sloth from the Goonies? No bloody idea. Well, actually it’s because there were no other pictures that were in any way acceptable – I know, if the above are acceptable then they must be bad – so you’re left with this bad boy!

Check shirt to which my amateur (at best) photography did not do justice: River Island
Michael Jackson afro…I mean, vest: River Island
Grey Pleather Helmut Lang wannabe’s: H&M. Oh I do love a high street dupe. Go on the high street!
Boots: Ebay
So I guess that’s about it. What a riveting little post for you all, please don’t all rush to nominate this post as the most interesting of 2013 at once… (and as you can’t gauge tone with the written word, that’s pretty much sarcasm at it’s best!)
Oh, actually, that’s not it – “Oh for f**k’s sake…give it a rest love, we’re bored” screams anyone who will ever read this post – in more interesting news, I’ve actually been invited to an event tonight which I’m excited for. The lovely Zoe Griffin from Live Like a VIP is having a book launch for her book ‘Get Rich Blogging’ and has invited me down as she was apparently impressed by my blog – I know, I didn’t think it was possible either – so that’s where I’ll be heading later on tonight, camera in tow, with the hope of meeting any other bloggers that may be attending.
And because I know from personal experience, it can be pretty hard to recognise people from pictures as they inevitably look different in real life, I’ll be the twat – probably on her own – tottering on shoes that are way too high, too shy to introduce herself to anyone or if I’ve had a glass of wine, boring the arse off of anybody unfortunate enough to have crossed my path. Sorry, and hello, in advance! 🙂
Hope you enjoyed this post guys, thank you – as always – so much for reading!
xx
Share: