OOTD: The New Icons and the Marilyn Monroe moment!

Today, I became one of those girls. “What girls?” I hear you all ask (well, actually you’re probably just saying ‘get on with it love, stop waffling!’ but it doesn’t give quite the same effect does it?) The girls I’m talking about are the ones that at the first sight of sun, act like they’re suddenly in Dubai. Out come the Rayban’s, off come the layers of clothing (in a completely non-perverted way of course) and off to Starbucks for a frappuccino they go. Well, for some completely strange and unknown reason, the sun came out today – you know what I mean people of the UK, that big yellow ball in the sky? I know, I’d forgotten what it was too – and as stated at the beginning of the post, I became one of those girls!

Cue extremely boring/not special at all/slutty suitably short outfit that Mazza herself would have been proud of (…or most likely, turned in her grave) 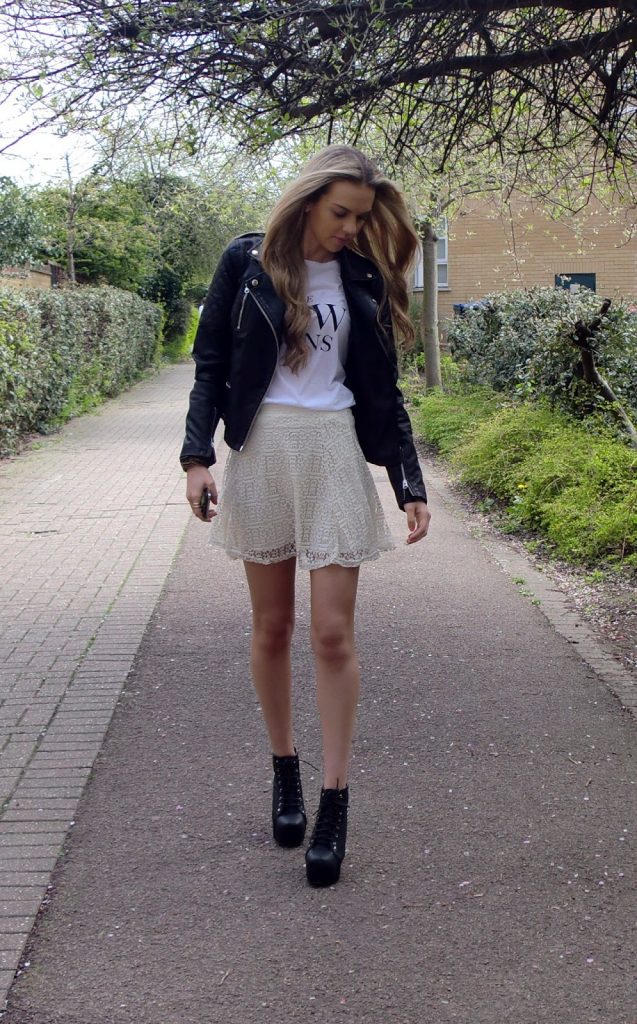 I wasn’t joking when I said it was windy was I? not by the state of that barnet love… 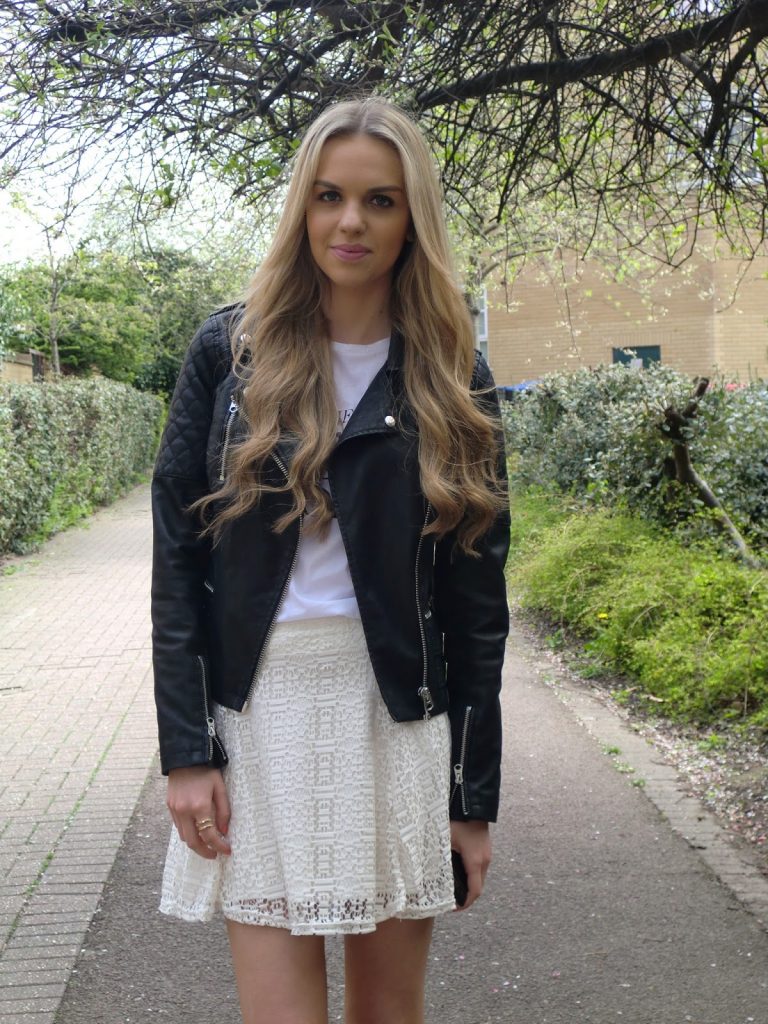 “Quick Mum the wind’s stopped, hurry up and take it!” 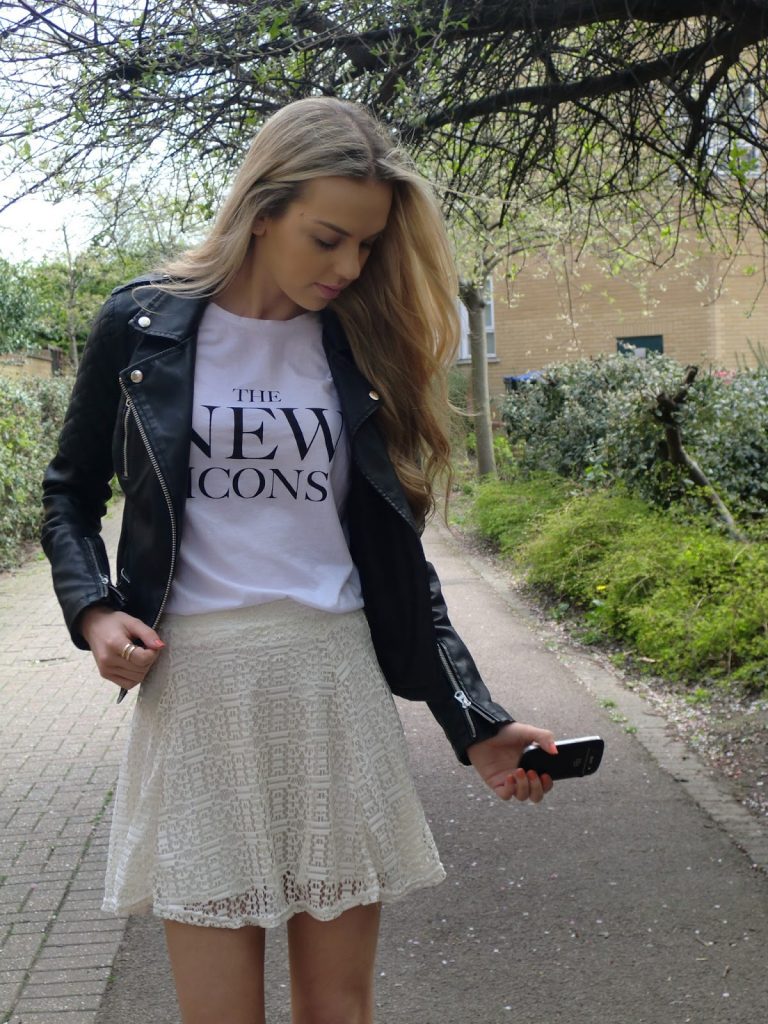 Poor, poor attempt at showing off my new favourite t-shirt (“that is your new favourite t-shirt?” Yes, I’m easily pleased) it’s from H&M’s new collection ‘The New Icons’ – you’d never guess it was called that would you? – and is based on four models Lindsey Wixon, Joan Smalls, Daphne Groeneveld (even spell checker struggled with that bad boy of a name) and Liu Wen. Well, if I can’t look like a supermodel, I may as well have their t-shirt right?…right! 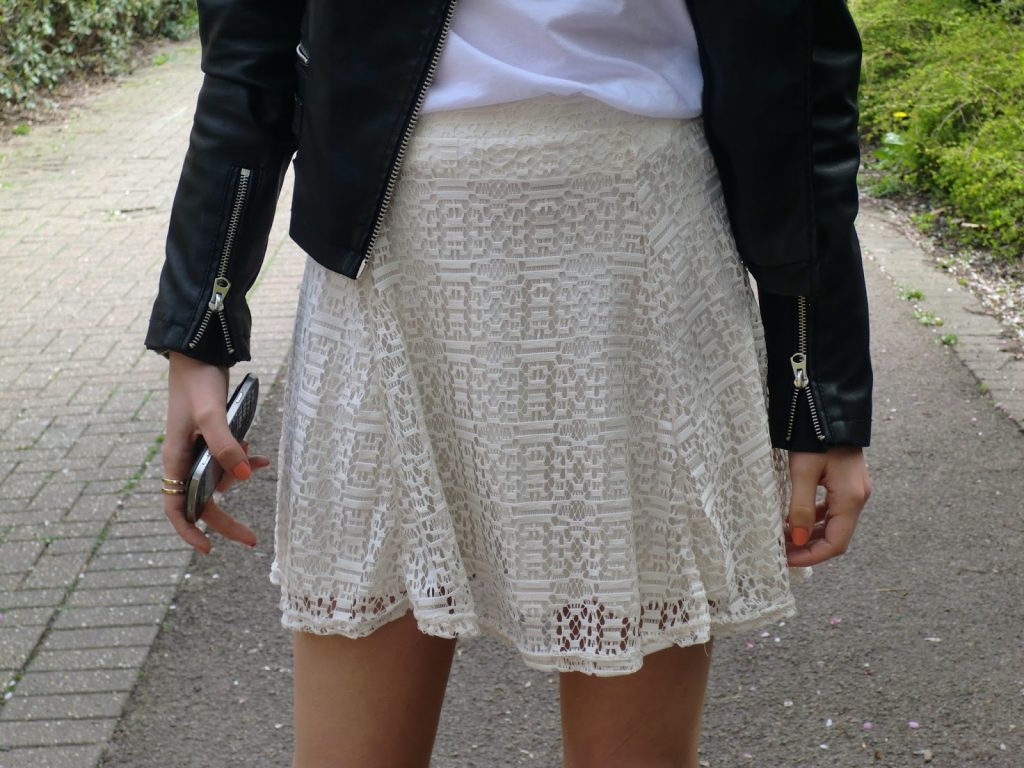 Unintentional ‘crotch shot’ to show you (well, try to anyway) the details of the skirt. I picked up this little number in the sale – of course I did #TightArse, #BargainHunter, #thrifty, #WhatKnobUsesHashtagsInBlogPosts *guilty face* – and I absolutely love it. Perfect for summer, but just as nice with a pair of tights underneath in the winter. Oh I bloody love a multi-use item!
Skirt that betrayed my arse’ modesty: River Island
‘the new icons’ t-shirt: H&M
Jacket: Good old Toppers: Or to anybody not acting a tit…Topshop
Jeffrey Campbell rip-offs: Ever Yours
And that’s about that for the pictures. To be honest, how on earth I made it through to the end without completely exposing myself – due to the gale force winds, not because I’m some strange streaker – is an absolute miracle. Oh, hold on…. 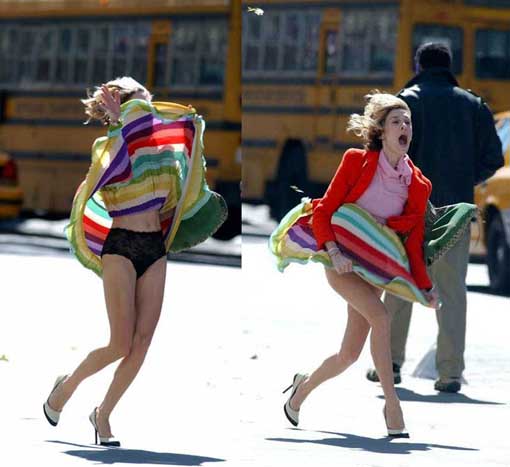 …ahhh, it was all going so well!

PREVIOUS POST
"REVIEW: An introduction to Chanel"
NEXT POST
"OOTD: “You are not going out in that!”"

21 responses to “OOTD: The New Icons and the Marilyn Monroe moment!”