The eye cream for beginners

I have come to that stage in life where I’ve finally accepted defeat and given in to the whole “prevention is better than cure” approach. I have never suffered from wrinkles or lines, apart from the obvious when laughing or frowning – but obviously I barely ever frown! Yeah right Cruella… – so have never really deemed eye creams a ‘necessity’.

Since my birthday last year and turning the grand old age of 21 – I know, it all goes downhill from here – I started to look into eye creams, night creams, SPF and so forth as, as much as I joke around, I know that it really is beneficial to start younger than get to my late twenties and cry over having a face/hands/whole body that looks like a shrivelled up prune. Which is why when I received an email seeing if I’d like to try Pond’s Eye contour cream, I jumped at the chance. (…. whilst examining my crows feet in the mirror on the brink of tears as obviously this was a hint/sign that I’m getting past my sell by date. 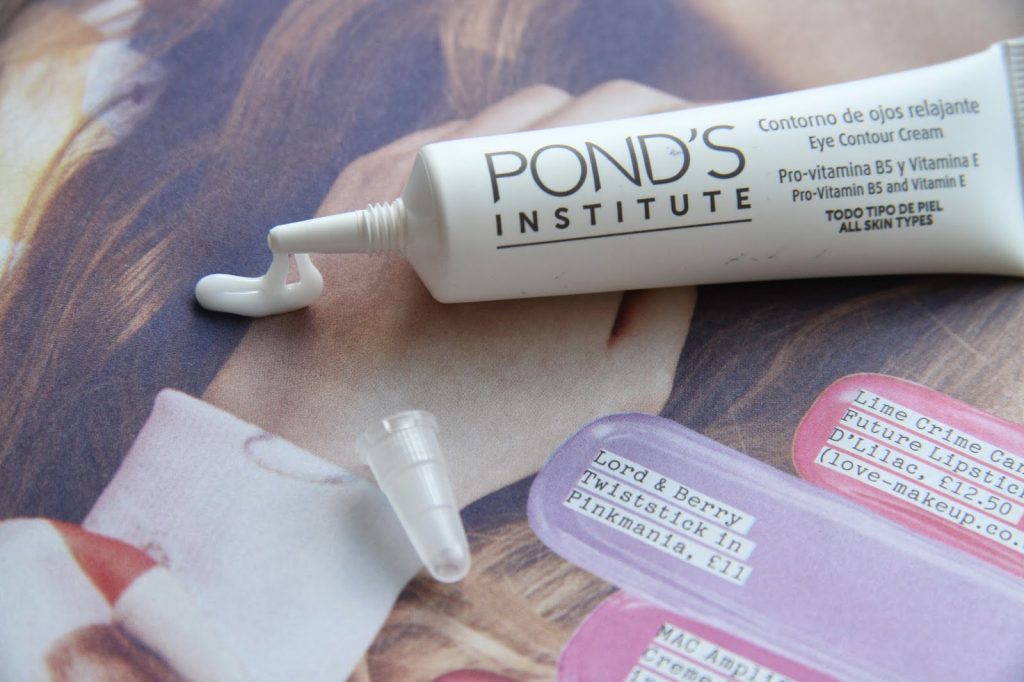 Ponds is such a bloody classic isn’t it? If you haven’t used it before, chances are you’ve heard your Mum, or your Nan, or Kyle Minogue – no really, she’s admitted on many occasions to being a huge fan of this stuff – talk about using it. I’ve never used the product they’re most known for – the cold cream – but I fully intend to pick it up after trying this eye cream.


On to what I think of the eye cream. (I know, took me long enough to get to it)


Texture – What I first noticed was that it was pretty fluidy (of course that isn’t a word, but it totally counts in my world) It’s not like your typical eye cream which tends to be quite thick and moisurising. Because of it’s like texture, it sinks in like a dream but still keeps the eyes hydrated enough to know it’s there, that it’s actually doing something.

Moisturisation/Hydration – As mentioned above, it’s really light but also hydrating at the same time. If however you are concerned about aging or have dry eyes and it’s a thick, creamy, emolient eye cream you’re looking for, then this probably isn’t going to cut it for you. Hence why I called it the eye cream for beginners.

Value for money – this is the part where you want to jump in the air and fist pump – no? just me?… – as it comes in at a mere £7.99 for 15ml. Amazing value for money Up yours Creme de la mer, up yours

Does what it says on the tin? – Ponds claims that their contour eye cream:

As I mentioned, I’ve never really tried any eye creams so I don’t have a huge amount to compare this one with, but what I will say is that I think it’s a great eye cream for beginners. If you’re new to the world of eye creams then this is the perfect one to ease you in gently. No sticky eyes and slippy make up in sight!

And I think that’s about it for this little Pond’s gem today. So tell me, have you tried this product yet? Have any favourite eye creams that you think I might like? I would love to hear all about them.
As always, thank you so much for reading!
xx
Share:

5 responses to “The eye cream for beginners”