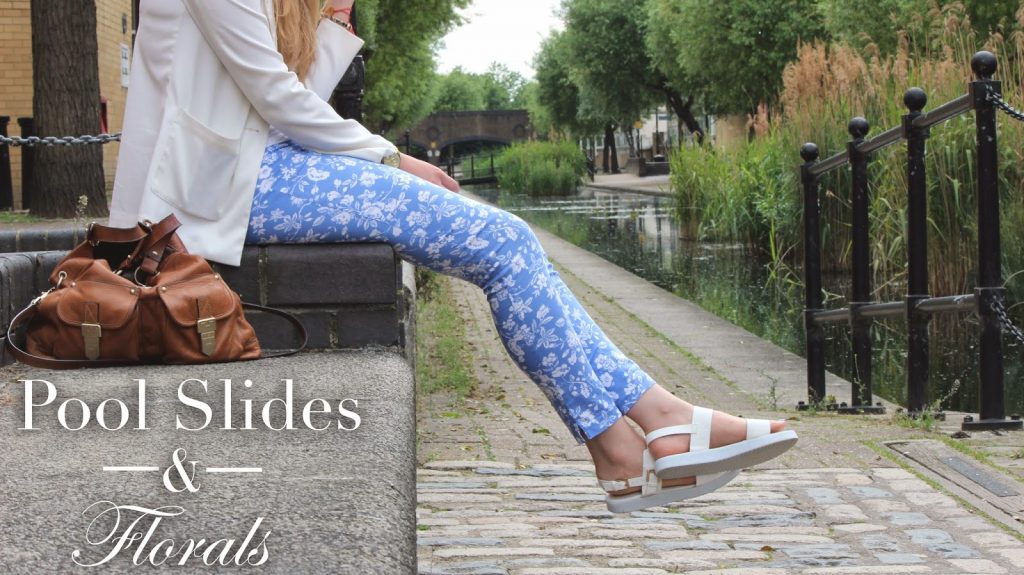 If there was an award for the most “state the obvious”, “does what is says on the tin”, “say it how it is” title, then I think this post title would knock the living day lights out of every other. A bit like Carl Froch and George Groves…. Sorry, too soon. (and probably totally inappropriate as most bloggers probably aren’t the most likely to watch boxing are they?)

Apologies, I’m rambling again (story of my life)… The actual point behind this post is to express my surprising new love of ‘pool slides’. Let me start from the beginning – I saw these in magazines, I saw them on blogs, I saw them in real life… I hated them. I was never really a Birkenstock girl at the best of times even when they were ‘in’ years ago, so I definitely wasn’t going to go there 10 years later.

Well, that was my first impression. Then I saw Hannah from A Fashion Fix – who would look good in a bin bag so she’s probably not the best example – wear those black Dune pool slides, and that’s where the love affair started. That’s also where Primark really come into their own. They’re great at copying taking inspiration from the more expensive high street stores and coming up with their own version, and they really did pull it out the bag with these… 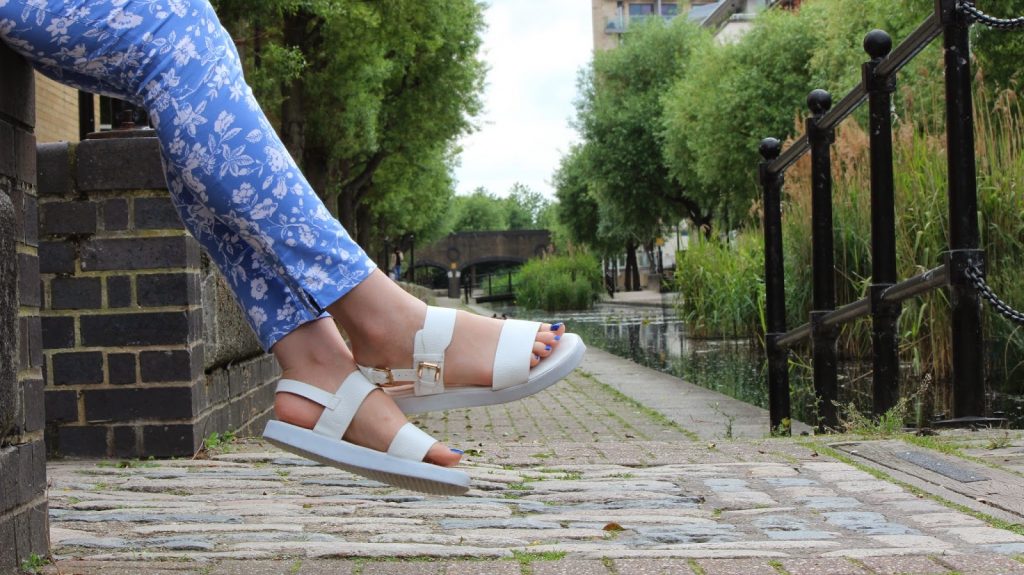 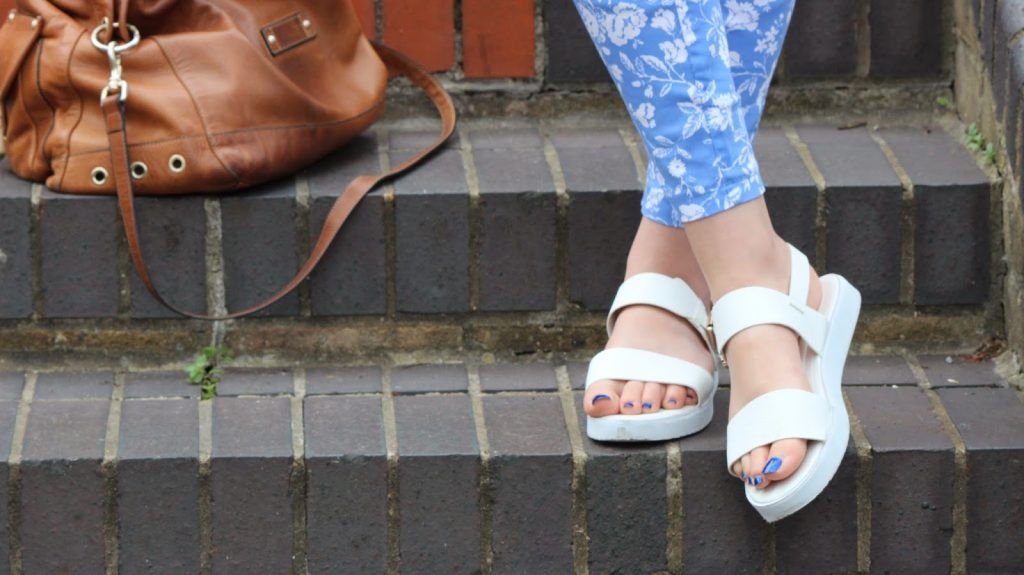 Now, if you’re a fan of River Island, you would probably have seen a very similar pair in store. In fact, I’d go as far as to say they’re pretty much identical. So if you missed out – or like me, didn’t want to pay a slightly extortionate price #TightArse – then Primarni’s where it’s at! 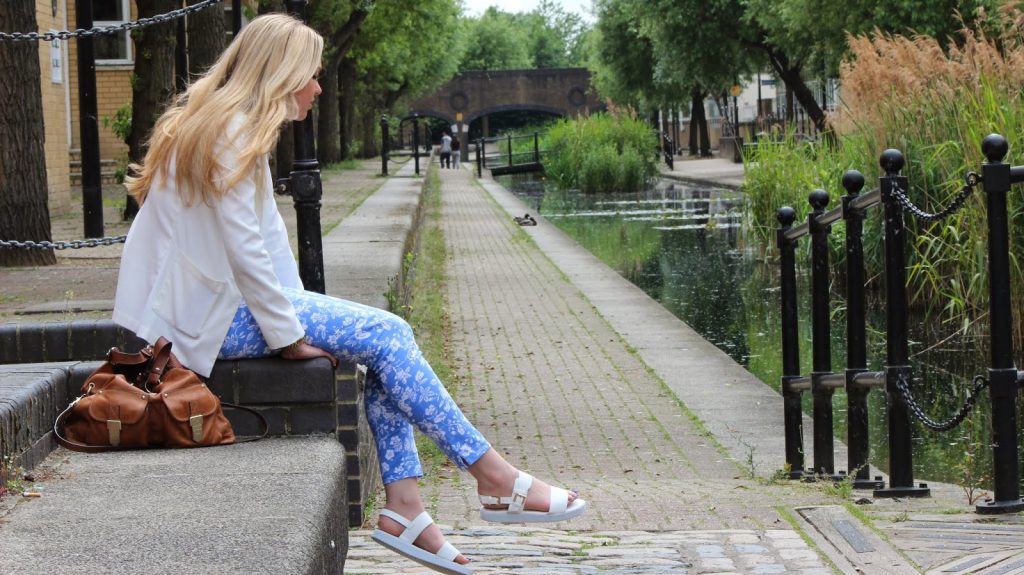 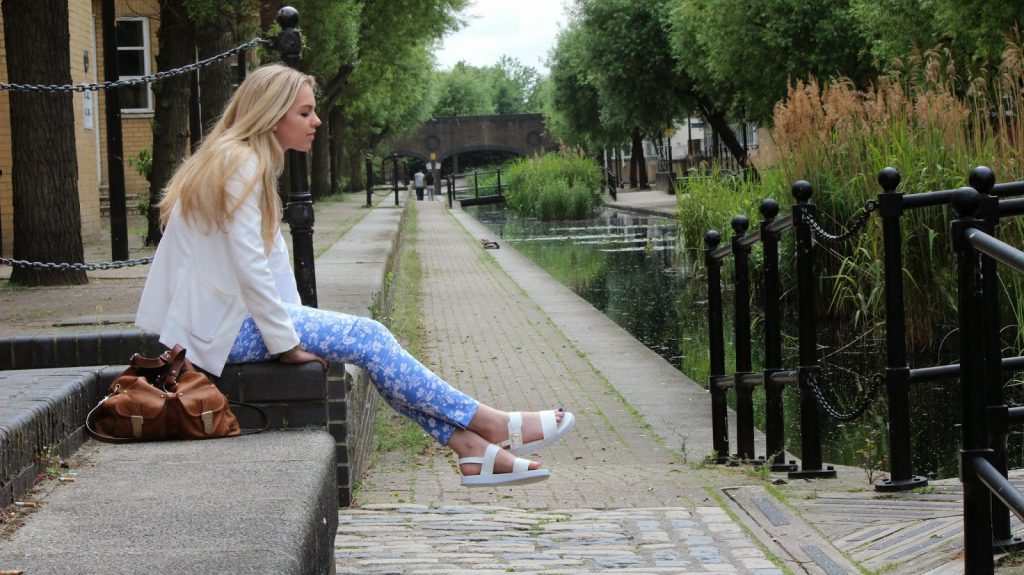 I’m wearing my pool slides with some Primark floral trousers here but they look just as great with relaxd boyfriend jeans, skinny jeans… and if I had some balls, I’d even pair them with some cullottes. As I don’t, I’ll leave that to the cool kids 😉

So, help me out here. What’s your verdict on pool slides? Do you like/own them, or should they be left in the 90’s along with Tamagotchi’s and Double denim ala Britney and Justin?

I would love to know your thoughts! 🙂

Hope you enjoyed this post, as always, thanks so much for reading!

9 responses to “Pool Slides and Florals”