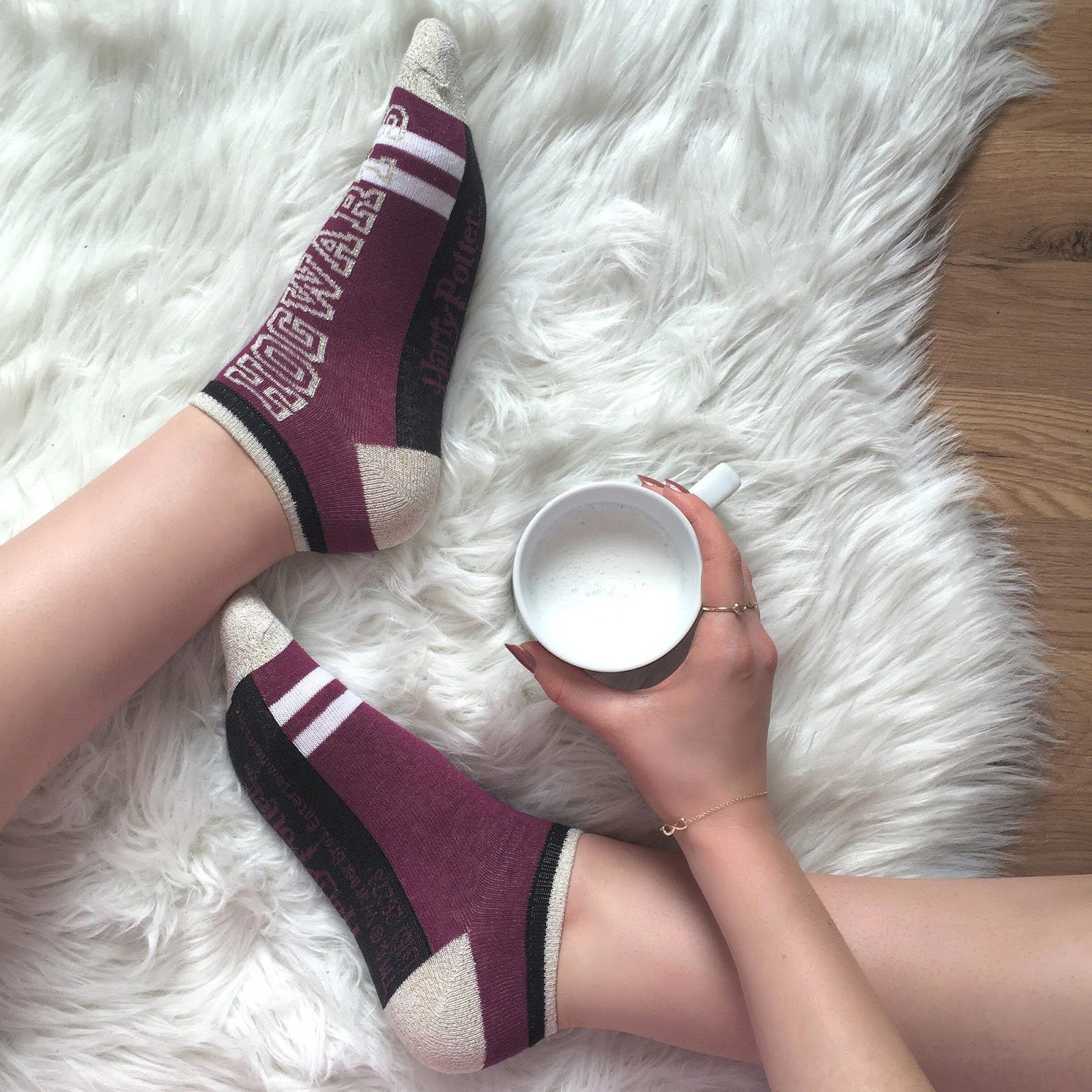 “Happiness can be found in the darkest of times, if only one remembers to turn on the light” – Albus Dumbledore

Anyone that knows me, or follows me on twitter, Instagram etc, will probably agree that this post has been quite a long time coming. I am, quite frankly, a massive geek Harry Potter fangirl and am definitely sorrynotsorry about it. I grew up with the books and remember going to see all the films for my friend’s birthday (who annoyingly had her birthday a few weeks before mine so always got in first for seeing it for her birthday, bitch lucky girl!) and the love affair has never really ended.

Yes, I am 23 years old – f**k, am I really? Pretty sure I was 18 only a couple of weeks ago – and I legit look forward to having a Harry Potter marathon and a good read when possible. And considering that I’ve seen the films more times than I’ve had Indian takeaways and stalked Harvey Specter (which let me just tell you is a lot) I thought I’d list a few things I’ve learnt from my many marathons because let me just tell you, teachers might teach you the intellectual shit, but Harry Potter schools you in life.

No seriously, like, Albus Dumbledore over any school teacher any day of the week [insert hands up emoji here].

Never be afraid to stand up for what you believe in. It might have been Neville Longbottom – bet he never forgave Hermione for that petrificus totalus, bitch – that inspired this but it’s a life lesson I’ve discovered so essential for staying true to yourself. I’d always rather suffer the consequence of standing up for my beliefs than be a lesser version of myself in silence.
Love is the most powerful force in the world. (Bar like, a bomb or something.) But I’m pretty sure we all deemed Lily Potter #MumGoals when she dived in front of old Voldemort’s curse.
Being cool isn’t everything. Oh how I bloody well wish I knew this as a teen! It makes me laugh so much to look back and remember how much I craved being cool, and I can actually remember turning 17, discovering makeup and my own style… and finally realising that “being cool” is actually a bit boring. Ironically, admitting I was obsessed with Harry Potter at 17 was probably one of the first times I really gave no shits about being cool and finally accepted myself. Be different, don’t conform, be 100% you. Plus Hermione was a right old geek but name someone that wasn’t impressed with her wingardium leviosa? Just saying…
With age comes wisdom, Dumbledore you little babe, you know I’m talking about you!
You don’t have to share the same blood to be family. Luckily I have a babe’in family but Harry, Ron and Hermione are living proof of this. As are the Dursleys (horrible little shits)!

Draco Malfoy’s peroxide blonde hair was surprisingly trendsetting, who the fudge would have thought it?

Never try to be someone you’re not (unless you’ve got some polyjuice potion handy and a lock of Harvey Specter’s wife’s hair and then you down that shiz and revel in your own happiness for an hour.)  But seriously, for one, you won’t be able to keep it up for long, and two, you’ll be ridiculously unhappy. Embrace who you are unapologetically. After all, Gilderoy Lockhart taught us this lesson and let’s be honest, he’s probably the biggest prat of the whole series of films.

Don’t judge people by their appearances. I would really hope that this is something we all know anyway, but it’s true. I’m officially Team Ginge – Ron over Harry, always – and I’d marry Hagrid in a heartbeat. (Anyone else think his little hut is the cutest thing ever?)

Everything’s not always what it seems. As well as not judging appearances, never jump to conclusions and always try to find out the whole story before forging an opinion on the situation.. I think we’re probably all guilty of doing this but if Snape actually being a mega babe in the end isn’t proof of this point then I don’t know what is.

Teamwork really does make the dream work. I love that one of the main focuses of the books is the friendship between Ron, Harry and Hermione, and the warm fuzzy feels that absolutely anything is possible when those babes are together. I’ve always loved working in a team and learning/knowing how to do that is just essential for getting on in life. (Never be the dick that can’t work in a team, never be that person!)
You’re never too old to believe in magic. I’m think I’m very much a realist (which is not the same as being a pessimist I would like to point out) but there will always be a tiny part of me that believes in magic. Not, “wave your wand around like a prat”/”wingardium leviosa” magic, but just real life “I can’t believe this is happening to me” kinda magic. I really love that kind 🙂
“Happiness can be found in the darkest of times, if only one remembers to turn on the light.” This is without a doubt one of my favourite quotes. I truly believe that there is always a light at the end of the tunnel and that everything happens for a reason. So if you, yep you, reading this right now are going through a tough time, please always remember that quote. Happiness can and will be found!
So there you have it. Those are, to be totally honest, just a handle of things I’ve learned from HP – yep, doing that really cool abbreviation thing again – over my many years of watching the films. Now, obviously a lot of those are said in jest and despite being a bit of a fangirl I promise you that I’m not a crazy, obsessive, “shrine to HP in my bedroom” kinda girl. But I do just really love it. It’s the thing that never fails to put a smile on my face and makes me feel better, but it also always leaves me feeling a little inspired too – to be creative and imaginative, not to go out and buy a robe and pretend to be Hermione FYI – and I am always down for anything inspiring.
I would love to know if you’re a fellow Harry Potter fangirl like me or do you actually have a life? What have you learned from the books/films? I always love hearing your thoughts!
As always, thanks so much for reading!
xx
Share: