A SUMMER OF FRIENDSHIP, FOOD AND DRINKS AND A LOT OF FUN! 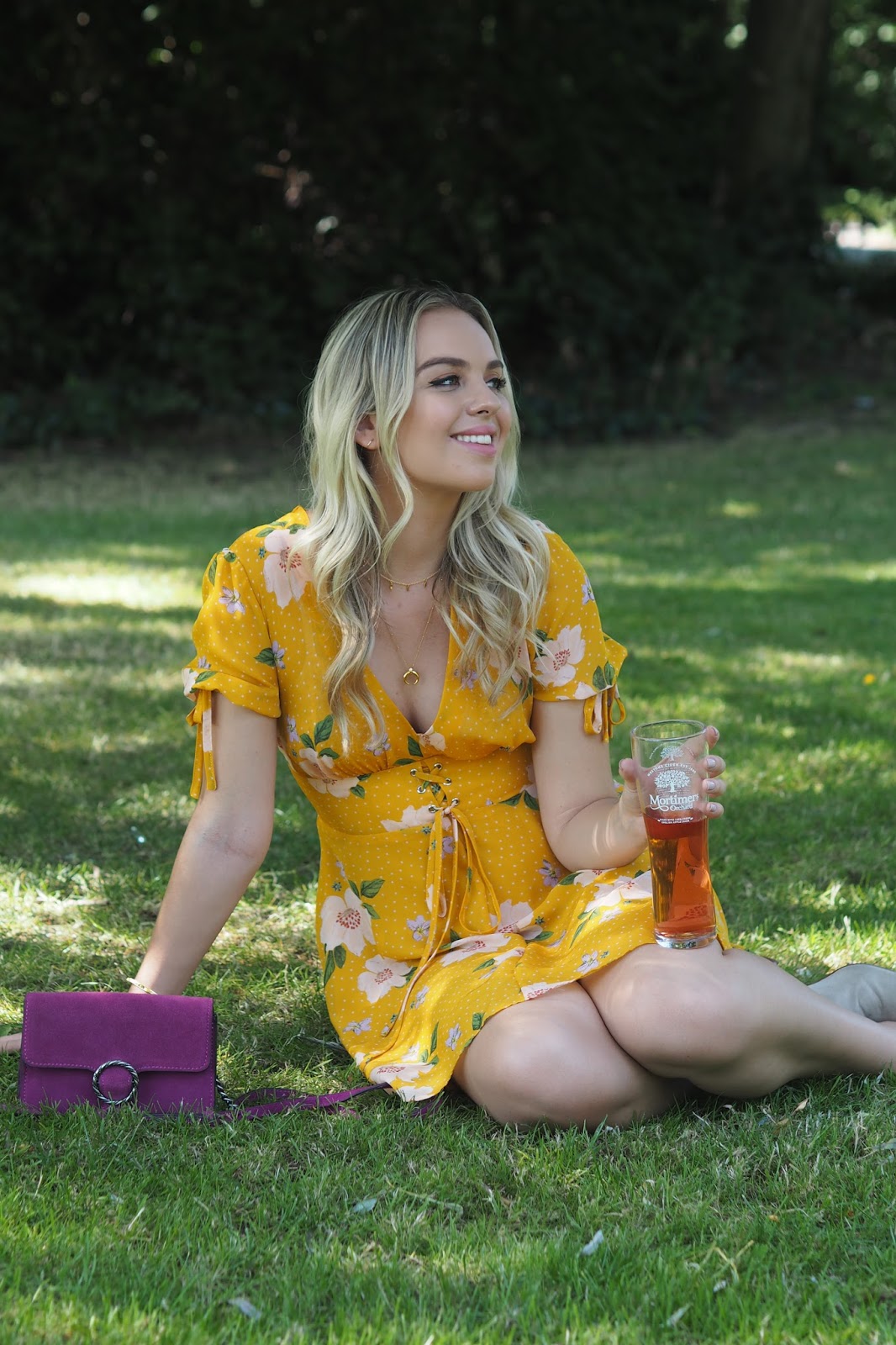 I try to be the kinda girl that takes each day as it comes. Apart from the odd hope and dream and plan of action (lol at sounding like a pageant queen, world peace gal pals, world peace!), I’m a big fan of being spontaneous which is why all year I’ve had absolutely no plans for the summer. I’ve been travelling non stop since January so a summer holiday wasn’t 100% necessary (you know what I mean, when you’ve been working all year and you’re like HI SUMMER GET ME OUT OF THIS COUNTRY NOW)… all I knew was that this summer would be my best yet. Because I am surrounded by the best people, I am obsessed with my job, the option to up and leave at any point is always there, and I guess more than anything, I’m just content.


As it happens, this summer was my best ever. And I did travel, all over the place actually. But most importantly I spent more time with my best friends than ever before. I prioritised laughing and eating (my favourite things in life) and chilling with a good ole drink now and then (Mortimer’s Orchard English Berry cider fyi, because find a better, more refreshing drink than that dreamy cider on a hot summer’s day and you’re a better person than I am). I dated (lol for having more hilarious stories in one summer than my entire life), I laughed until I cried and almost made myself an ab.


I just, well, lived. And as much as you might read that and be like “who is this tree hugging, deep af twat?”, sometimes it’s easy to just float by, existing rather than actually living isn’t it?


This summer was the summer I decided to have the time of my life! 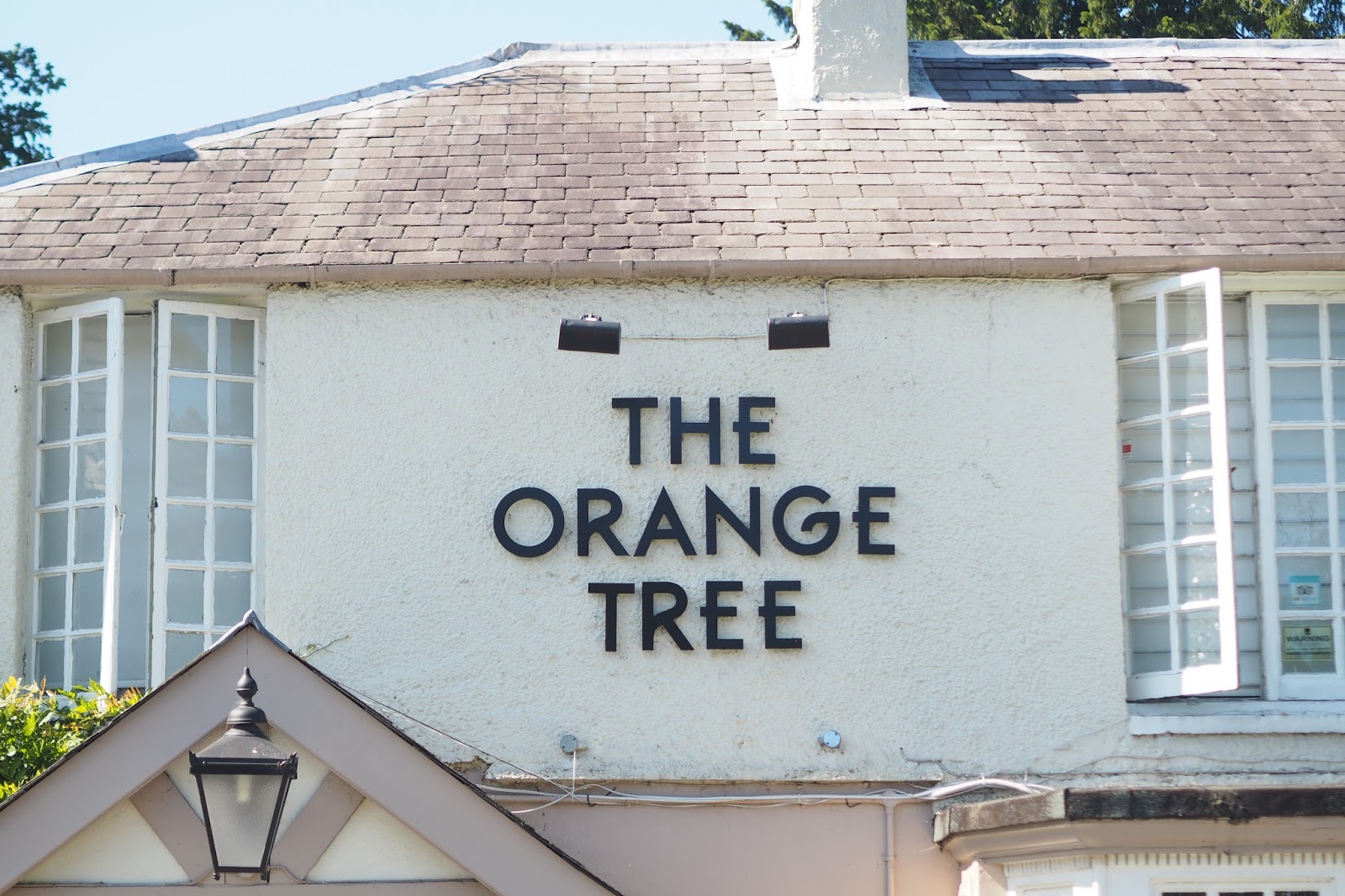 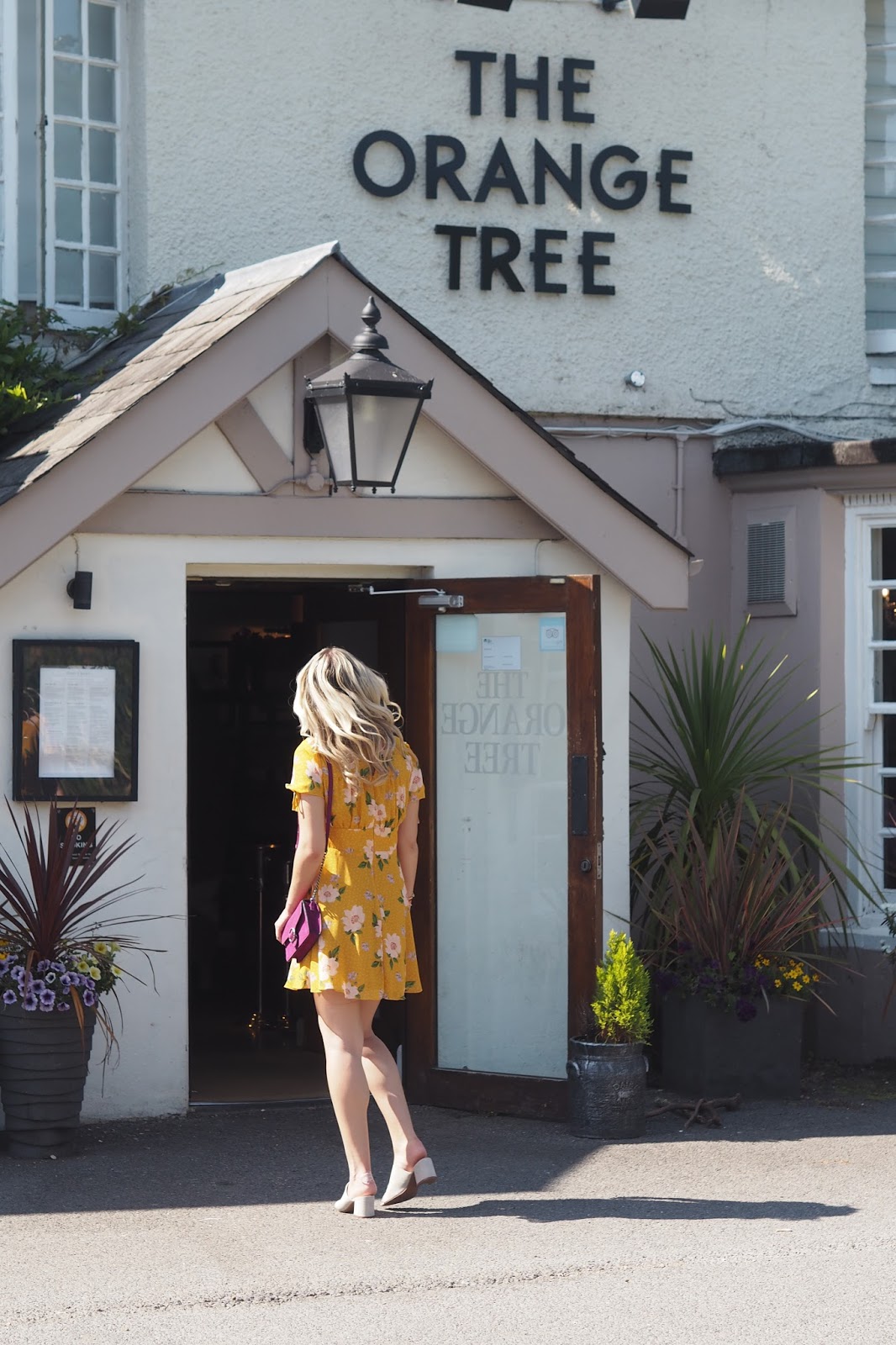 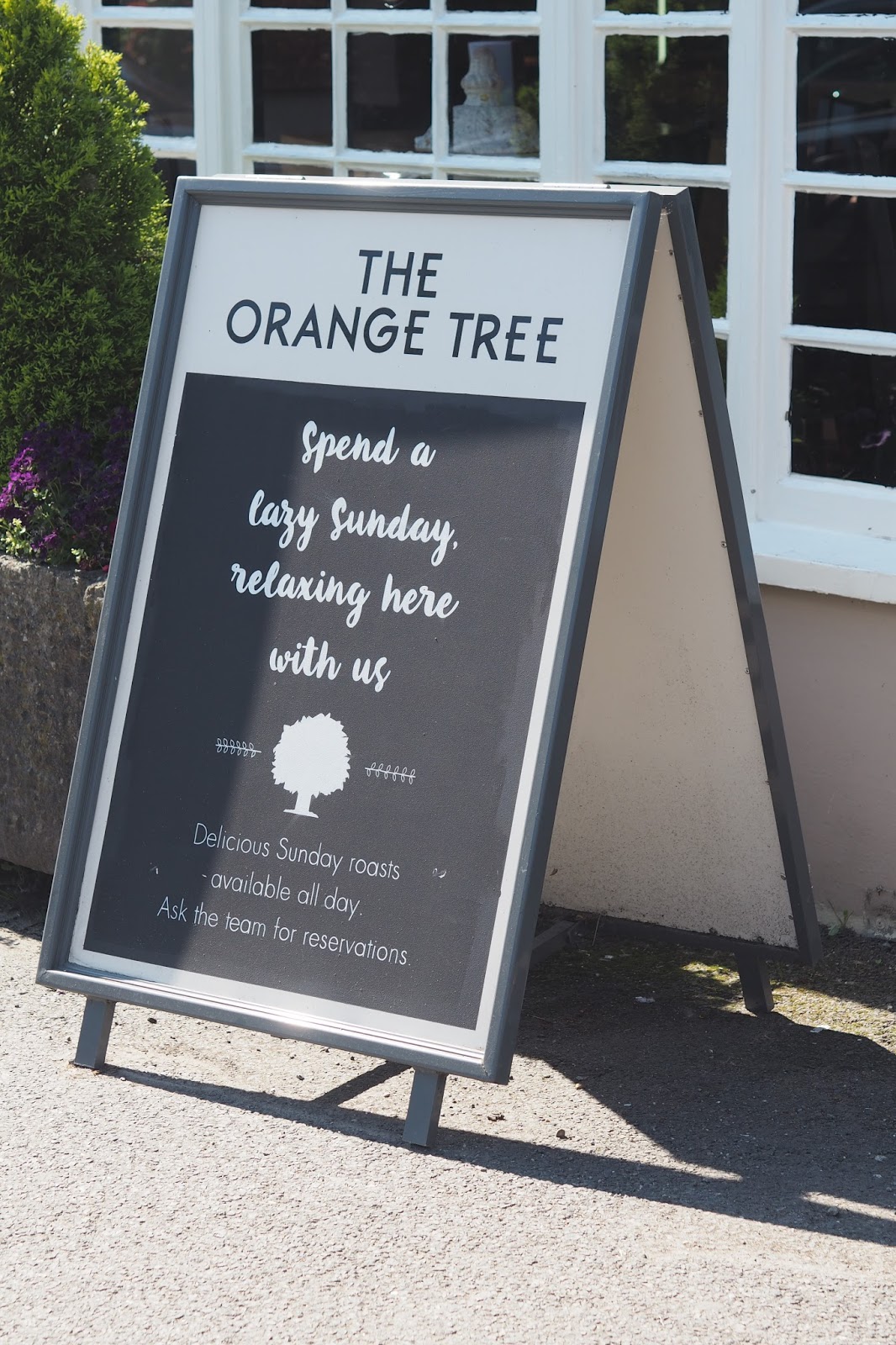 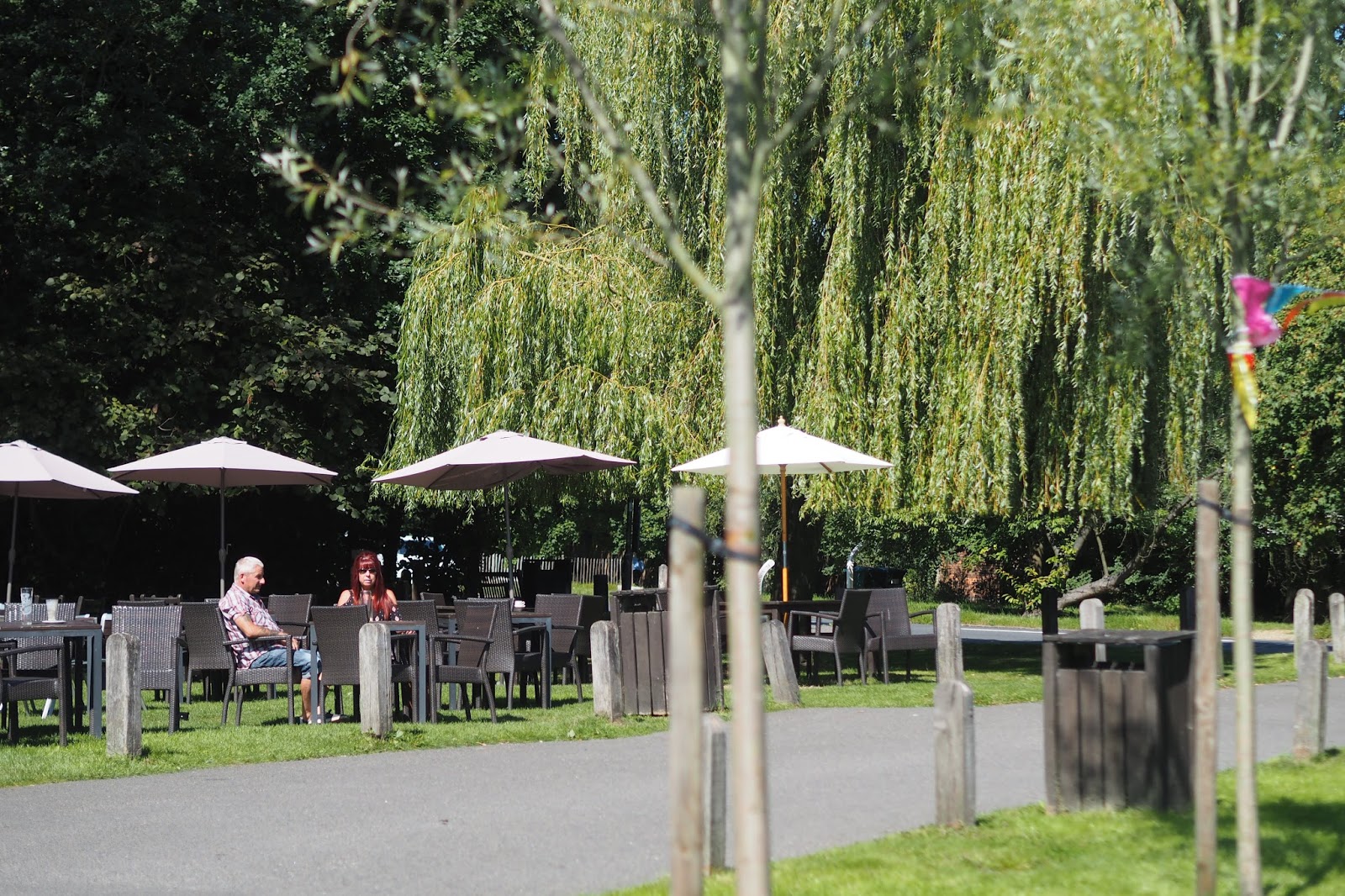 I don’t have a favourite season – because I am the least decisive person on the planet – but I do have a favourite time. It’s that time when winter has been long and cold and Spring has finally arrived and it’s progressing to the beginning of summer. It’s the time when all you want to do is be in a pub garden with friends preferably in a little tea dress with no jacket, nattering away and putting the world to rights. For me, that’s the start of summer and how I always see it continuing. I recently stumbled across The Orange Tree in Totteridge, a stunning little (well, actually not so little at all) pub restaurant which is not only so ridiculously cute, but it’s the perfect escape from the hustle and bustle of London without actually leaving. It’s a Mitchell’s and Butler’s premium country pub and that’s exactly what it is, premium. It feels so light and airy and luxurious and modern inside but still has the same cosy feel as sitting by a fire in an old fashioned country pub. It also has a great outside area too which accommodated my group girl chat sessions perfectly. But it’s not just the vibe and the atmosphere and the decor that made The Orange Tree somewhere I wanted to return to… it was the fact that they had Mortimer’s Orchard English Berry cider (I wish you could taste things through a screen) and the most beautiful food. OMG THE FOOD. 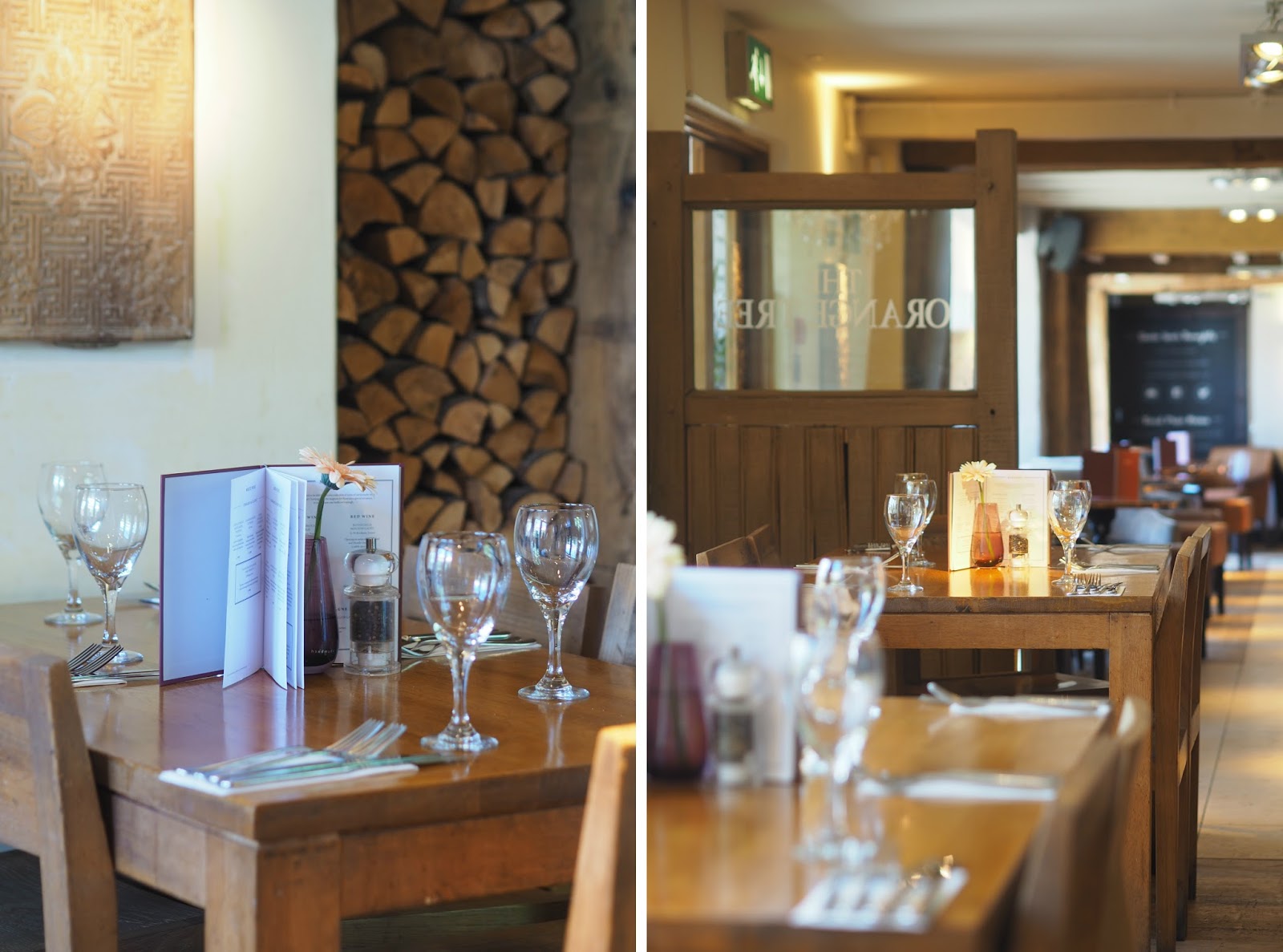 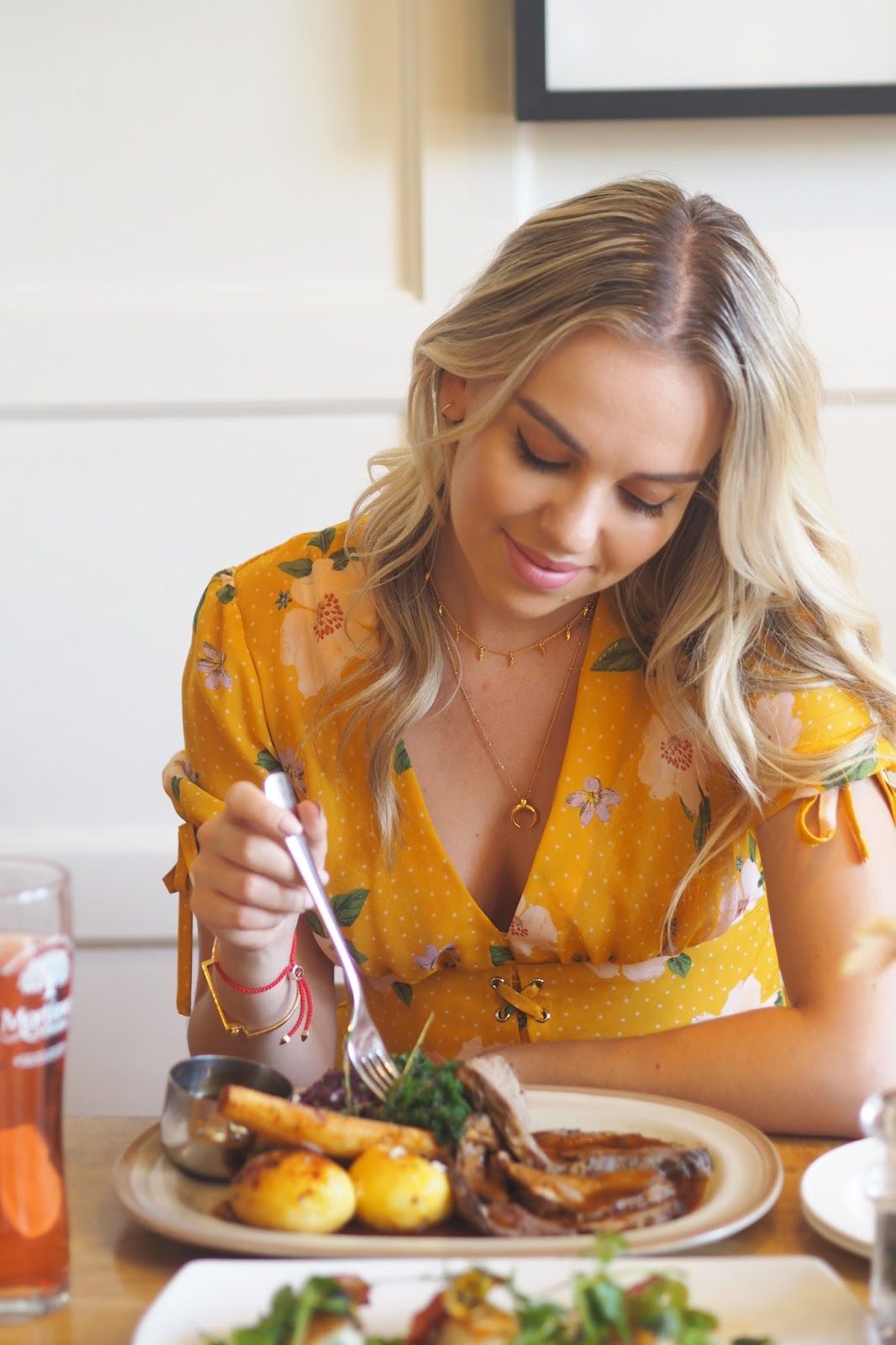 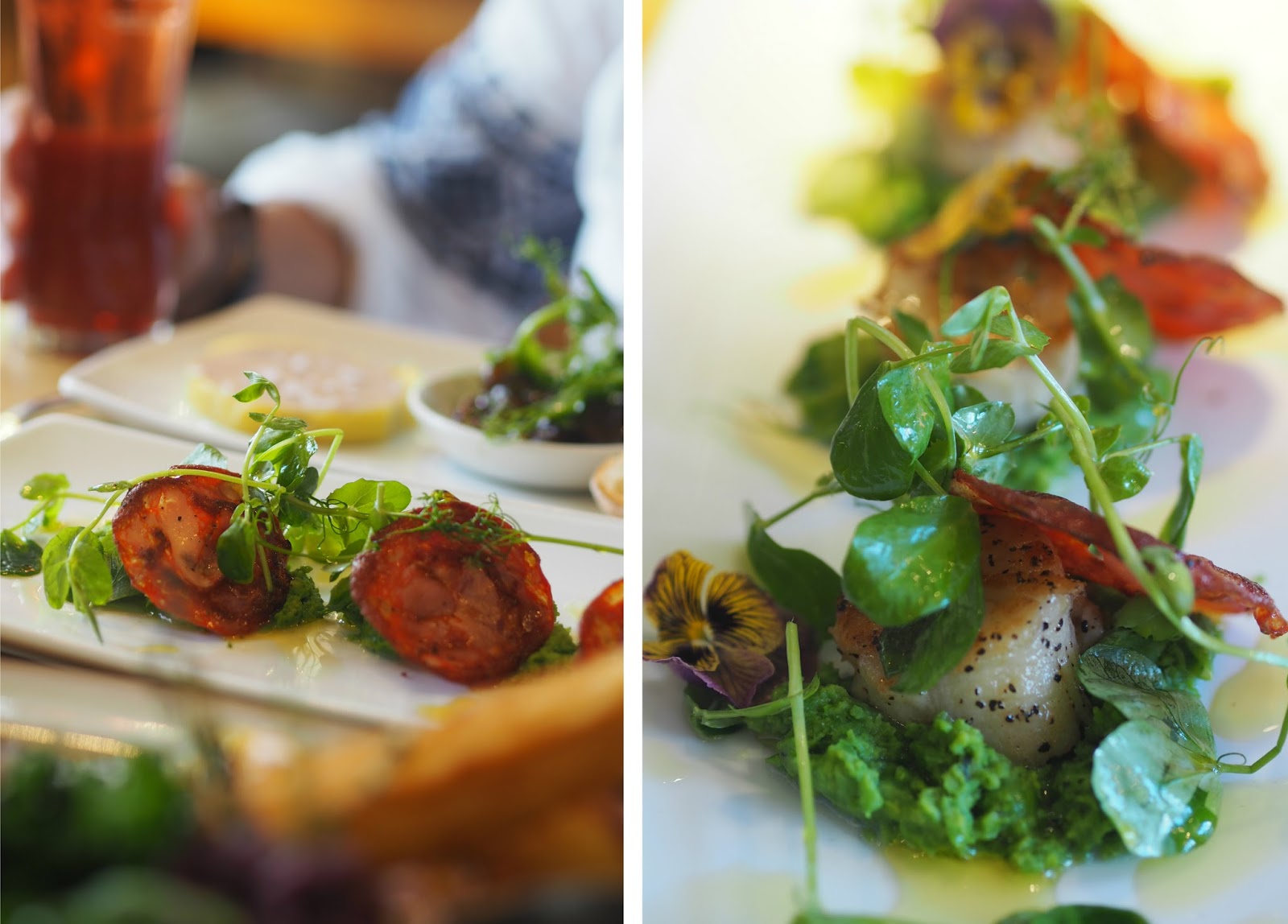 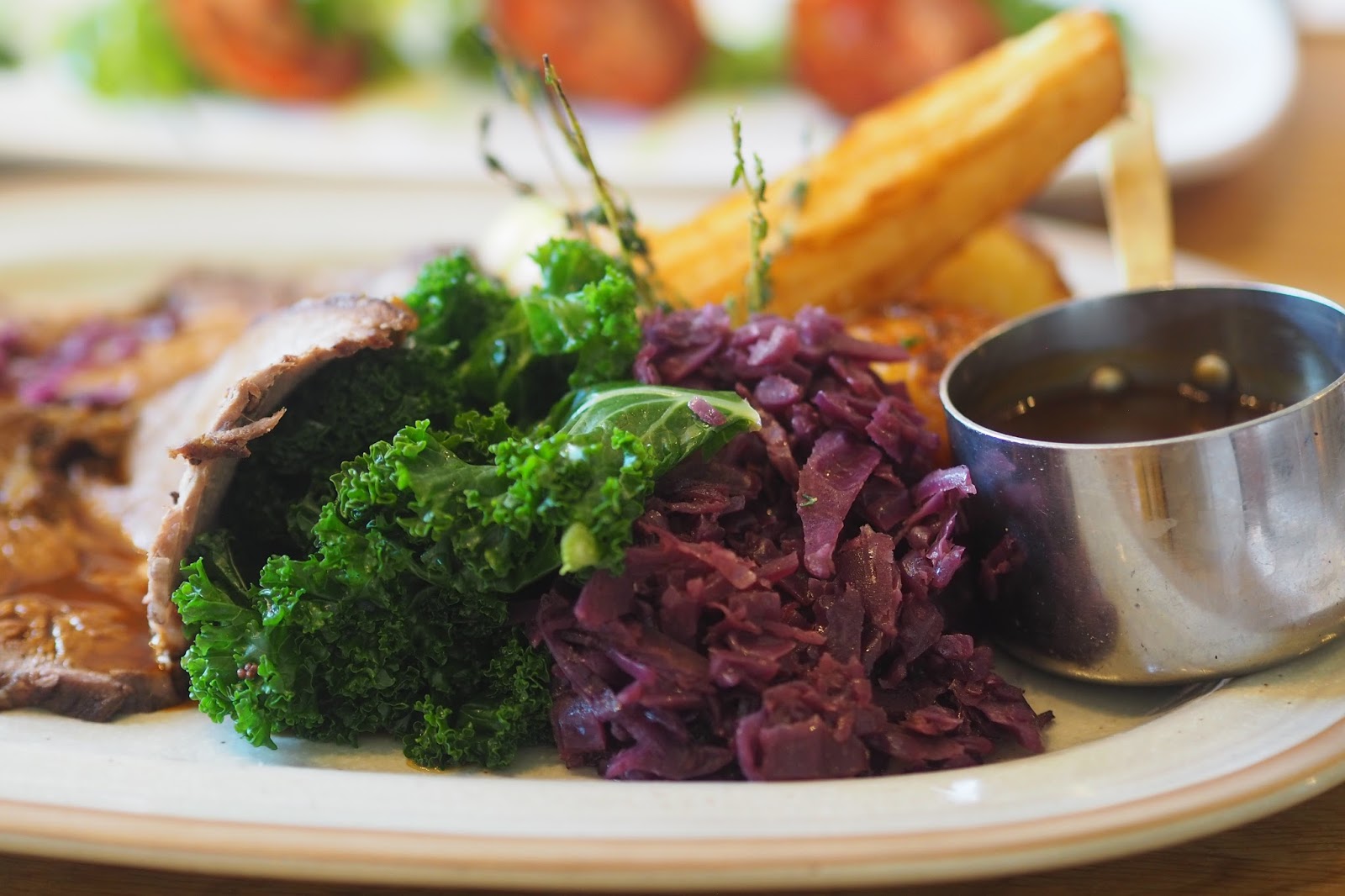 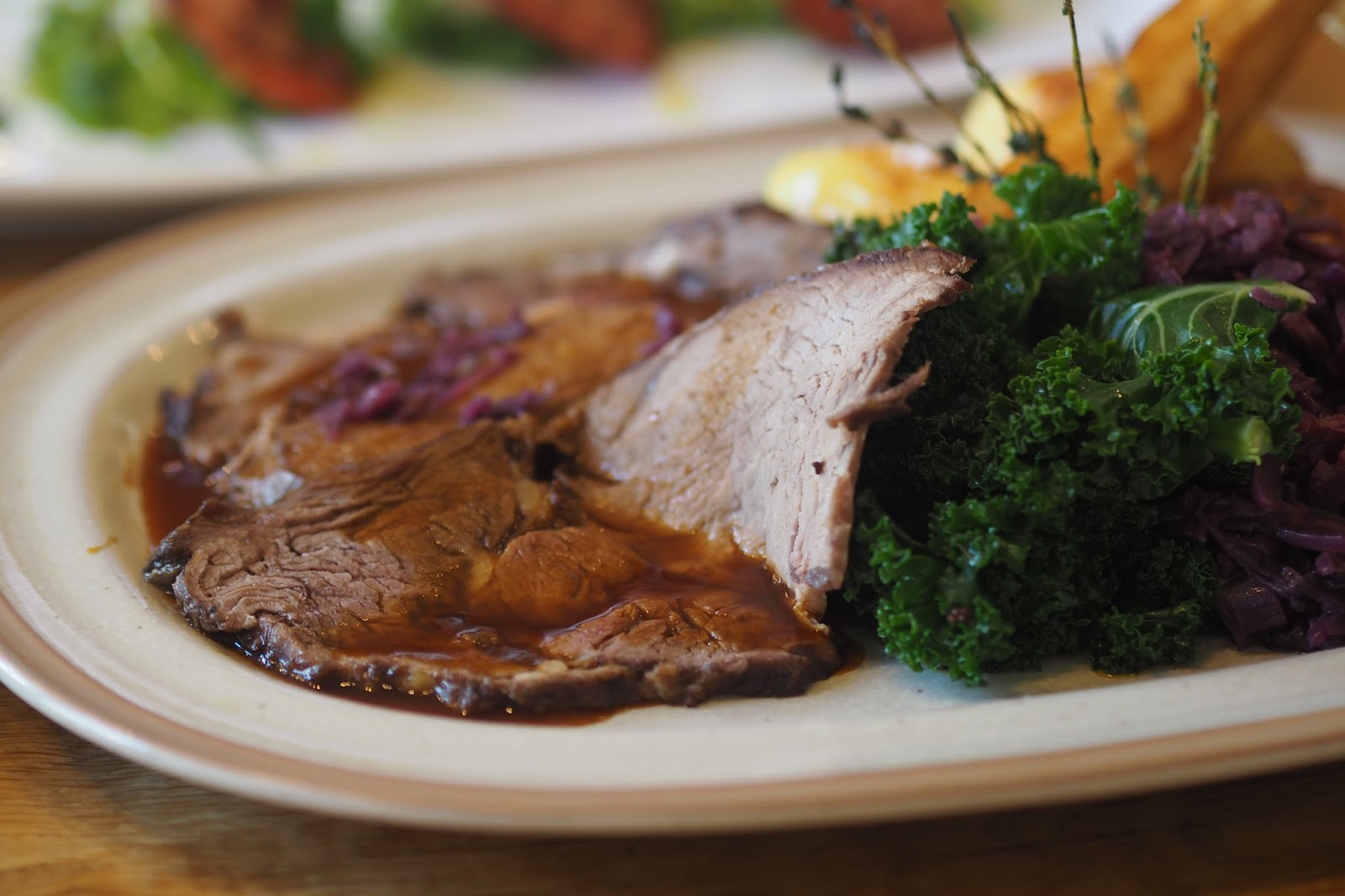 As much as my life on the outside sometimes appears a little bit insane, the most important things to me really are the simple things. The sitting down with an incredible sunday roast and an ice cold drink (more on this later) with your favourite people. The food at The Orange tree was almost too good for words. The lovely manager (who’s name I have so annoyingly forgotten!) spoke me through the menu and let me know that a lot of the dishes could be made gluten free – so a big fat thumbs up from coeliac Sally over here – so we decided to go for the Scallops (to die for, just to die for), some duck pate for the girls who don’t lose their mind with gluten and a Beef roast which quite frankly was the best roast I’ve eaten (soz Mum). Seriously though, it was so, so damn good that I struggled way past the point of full to make sure I demolished it all. #NoRegrets

All topped off with a drink that deserves so many heart eye’d emojis that I almost can’t cope… the Mortimer’s Orchard English Berry cider. 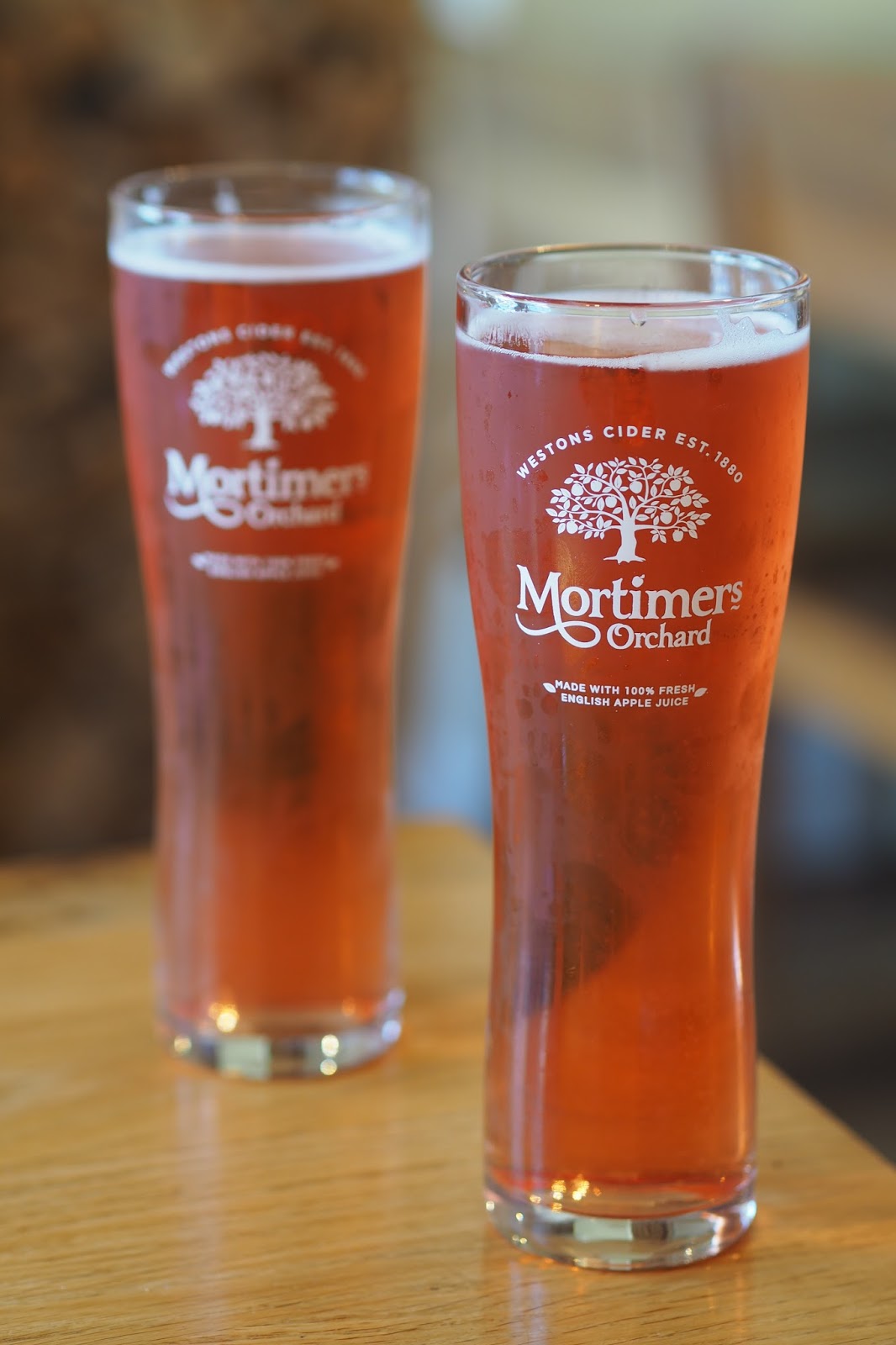 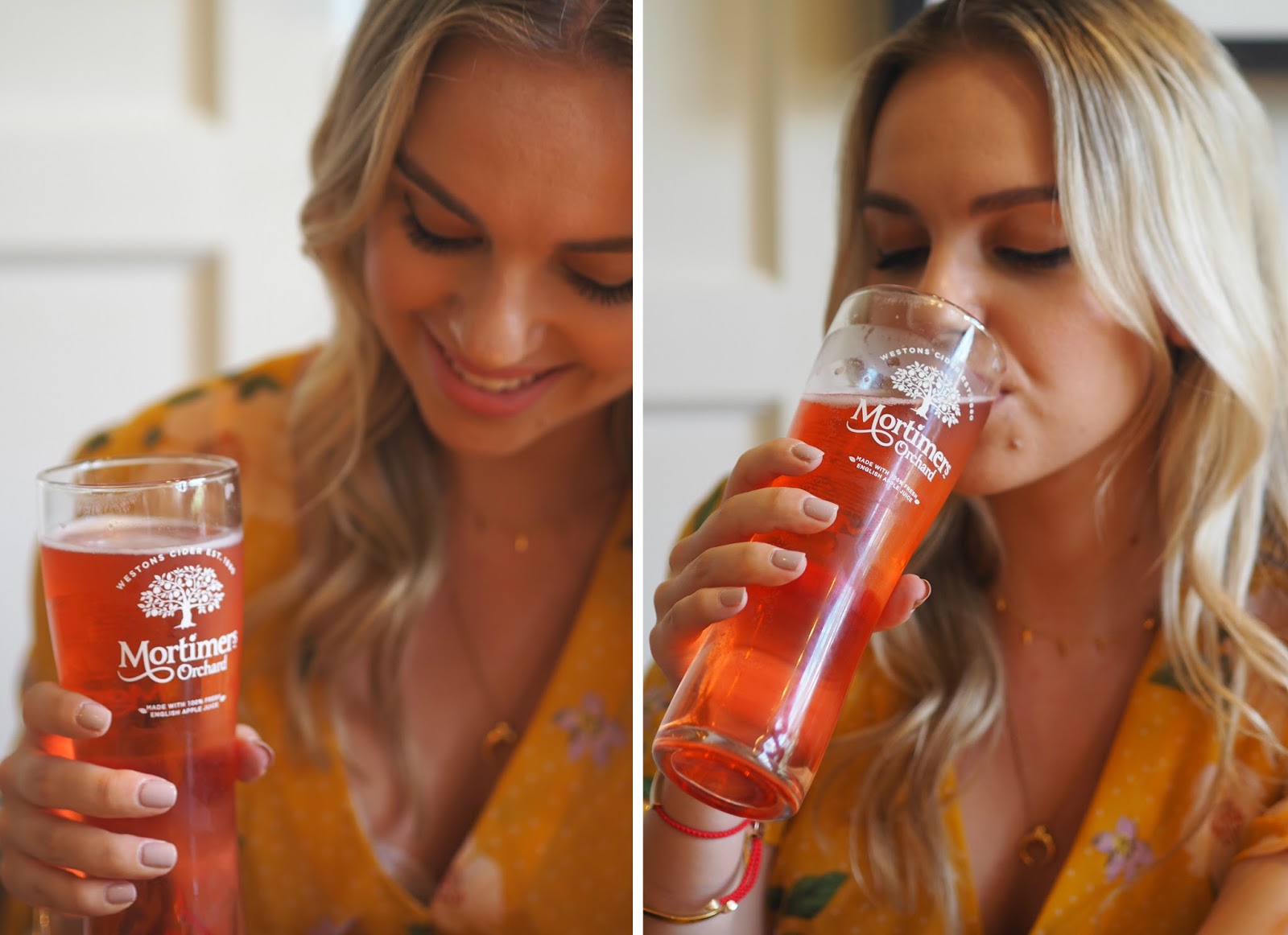 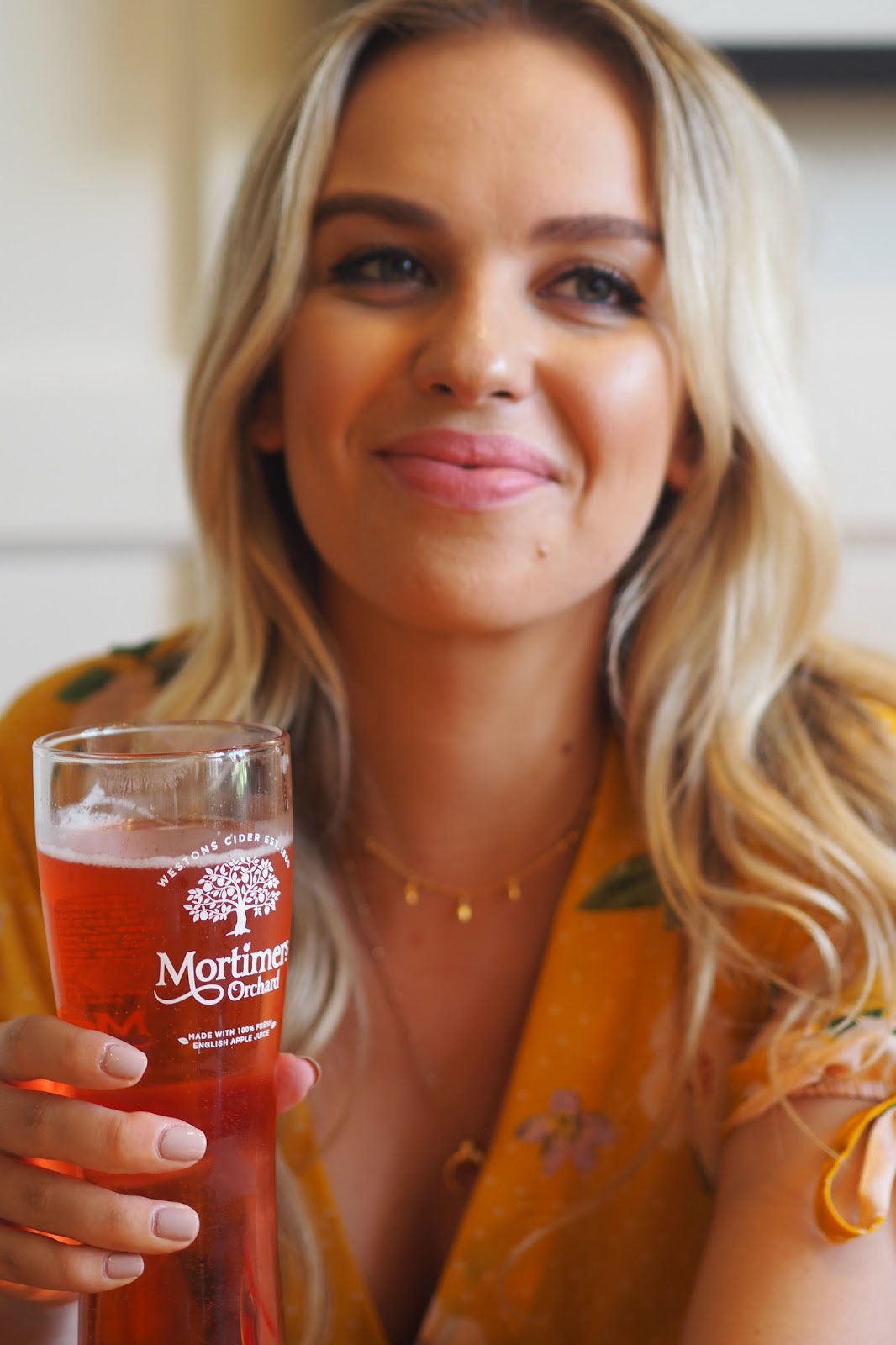 Anyone that’s followed me on Instagram for a while will now that I am a die hard Mortimer’s Orchard cider girl. The original cider was my drink of 2016 (and most of 2017) until they released the new English Berry flavour which is the most delicious, refreshing drink ever. It’s fruity and full of raspberry and blackberry flavours but not at all sickly sweet. True story, a very cute little couple next to us asked what the drink was and when I described it they ordered one themselves (and we all know how bad my descriptive skills are), they then proceeded to say 34030583 times how lovely and refreshing and perfect for summer the drink was which obviously melted my heart because OLD PEOPLE [insert love heart emojis here].


But yeah, it’s easy and it’s simple but for me, good food, the tastiest drinks and your favourite company is all I need to be happy. So of course, I had to round off an epic summer doing just that! 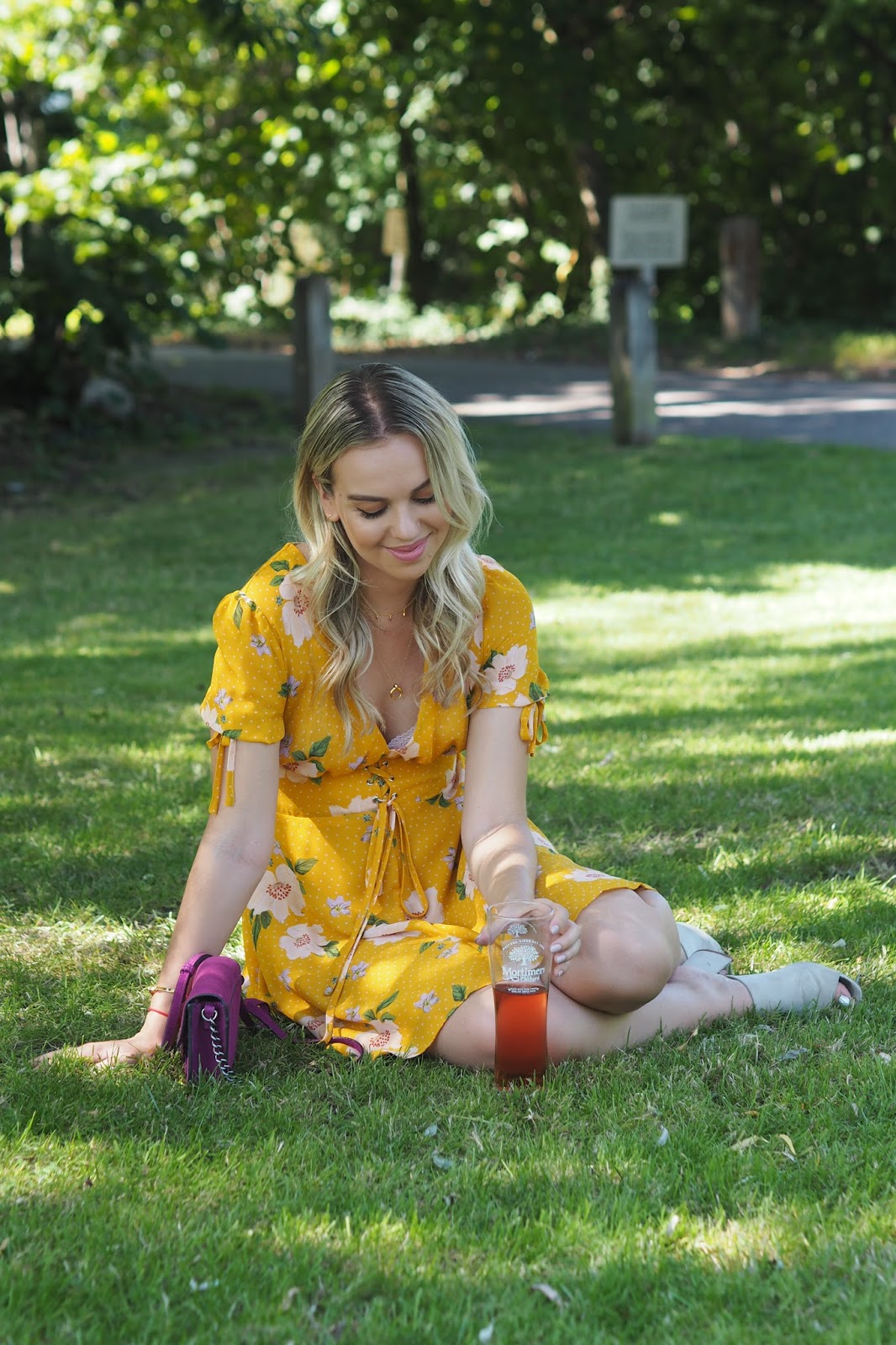 What does summer mean to you? Sometimes it feels like I sit and waffle on (which, you know, is exactly what I do) and you guys so kindly listen but I want to know what you think, how you’re feeling. What do you love about summer? What drink do you look forward to sipping away at with friends and family? Where do you like to go? I want to hear everything you get up to. Also let me know if you’ve tried Mortimer’s Orchard English Berry cider because if you haven’t, you absolutely need to!!

As always, thanks so much for listening to my rambles, I hope your summer has been as magical as mine has!

This post was sponsored by Mortimer’s Orchard but all photos and thoughts and extreme love of insanely incredible cider, my own.
Share:

17 responses to “A SUMMER OF FRIENDSHIP, FOOD AND DRINKS AND A LOT OF FUN!”