WHY I RAN OFF TO NEW YORK FOR 3 WEEKS 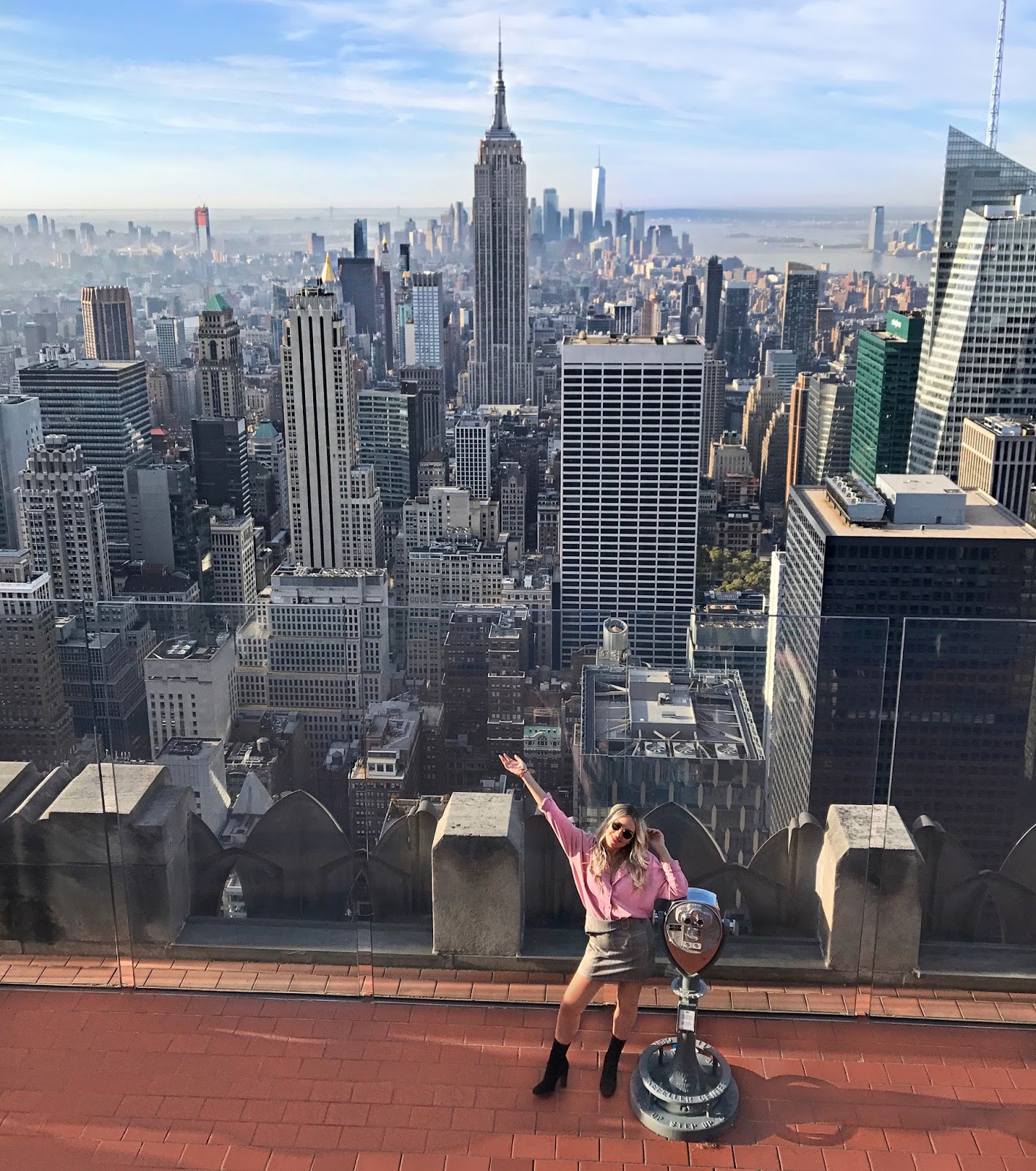 It’s 2am as I’m writing this, jet lag is kicking my arse nearly 2 weeks after landing home from New York and I’m just sat in bed (with 4 bits of toast, a cheese string and a cup of tea fyi) in a strange daze of “I want to sleep/get me back to NYC/wasn’t NYC bloody wonderful and incredible/do I go downstairs for another cheese string?”.

So it’s a mixture of emotions, you see.

I don’t really know what this post is but that’s becoming a bit of a recurring theme for this blog. My blog is my baby. My favourite platform. My one true love. But as my other platforms have grown this past year, I can’t help but feel like I fell out of love with it a little. It actually had nothing to do with blogging itself and more to do with, “I’m awake at 6am doing emails for 2 hours before heading to meetings before coming home to film and edit and get a shit load of Instagram content in between and oh look, it’s midnight and I really need to sleep”. And then two weeks would pass without a blog post.

I guess, if I’m being totally honest, I’ve struggled for a while now. I probably should have accepted management after going for a few meetings with quite a few different “talent” agencies but always deciding I could do it alone and keep my 20% of the fee I’d lose. I probably should’ve looked for an assistant. But you see, the 19 year old that started this blog as a hobby just struggles to let anyone help out. This blog has always been about my voice. Talking about whatever I wanted to – often completely pointless thoughts that crossed my mind, but those posts were always my favourite – so having someone maybe reply to an email on my behalf, or edit a video, or basically do something that I only feel comfortable with myself doing was something I found really difficult. Impossible, actually.

So I’ve kinda fell into this place of, my Instagram and Youtube are growing and I’ve kinda got a good thing going on there, I’m working more than ever before/less than ever before because I can be picky and turn things down but the offers are always there, and I love my blog more than anything and I will find the time for it soon… and mostly, these 14hr minimum days are slowly burning me out and I’m not sure how long I can keep crawling on this never ending treadmill.

So a couple of months back, Jess and I decided that we’d go to New York for a month (well actually just over 3 weeks but it’s less catchy to say isn’t it). We love NYC more than I love Grey’s Anatomy and I always knew at some point I’d stay there for an extended period of time. So that’s what we did. I worked like a dog to get 3248934 deadlines completed, I put on an out of office and I kind of just ran/flew away. From London. From life. From waking up everyday to a job that I f**king adore but also a job that had started to overwhelm me and not be as fun anymore. In fact, I got to a point where I was working so much and so hard that it actually wasn’t fun at all. Tears and meltdowns occurred on a near daily basis and it just got a bit too much.

So I ran off to New York to take time out and eat and explore my favourite city and oh my god it was the best decision I’ve ever made. 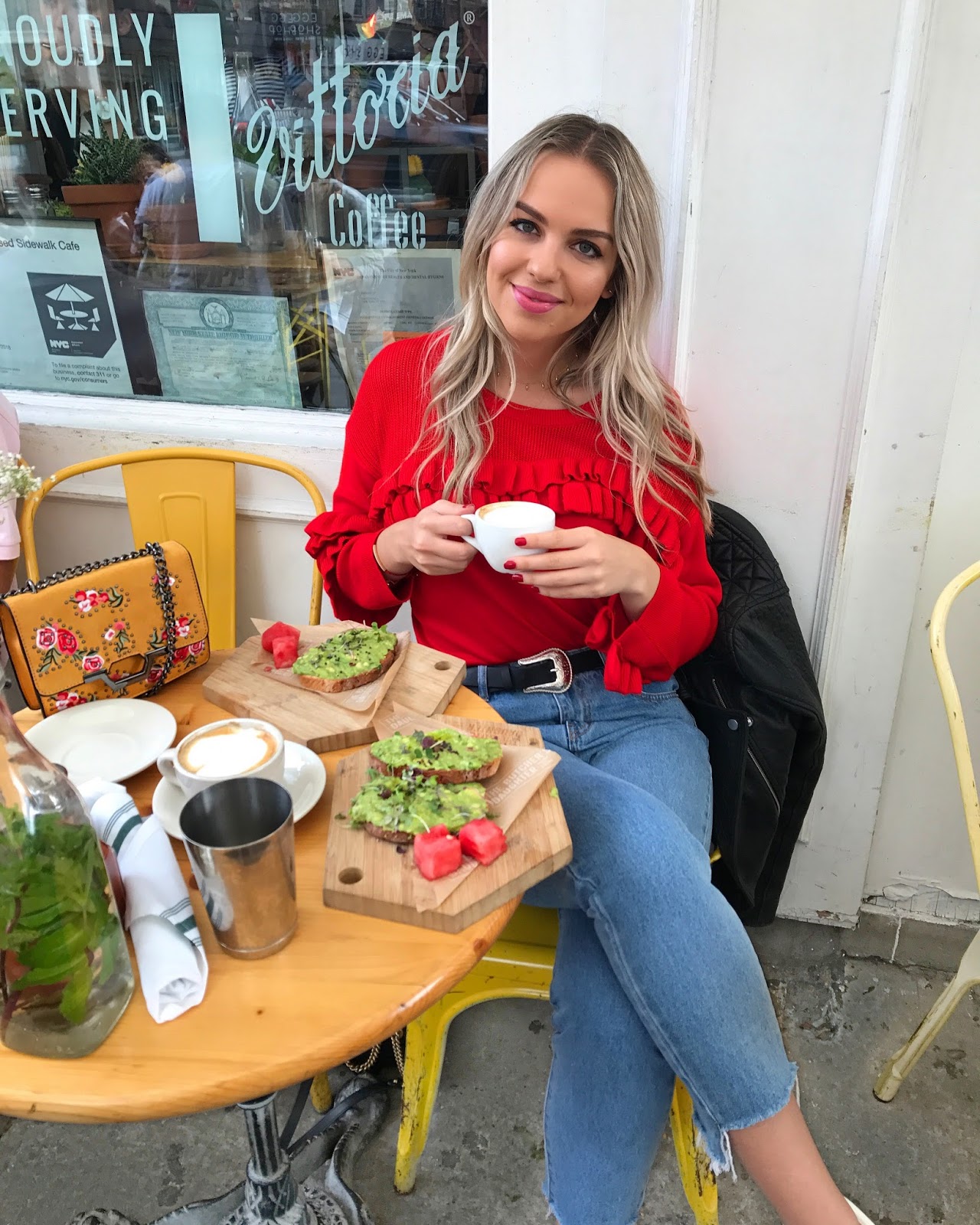 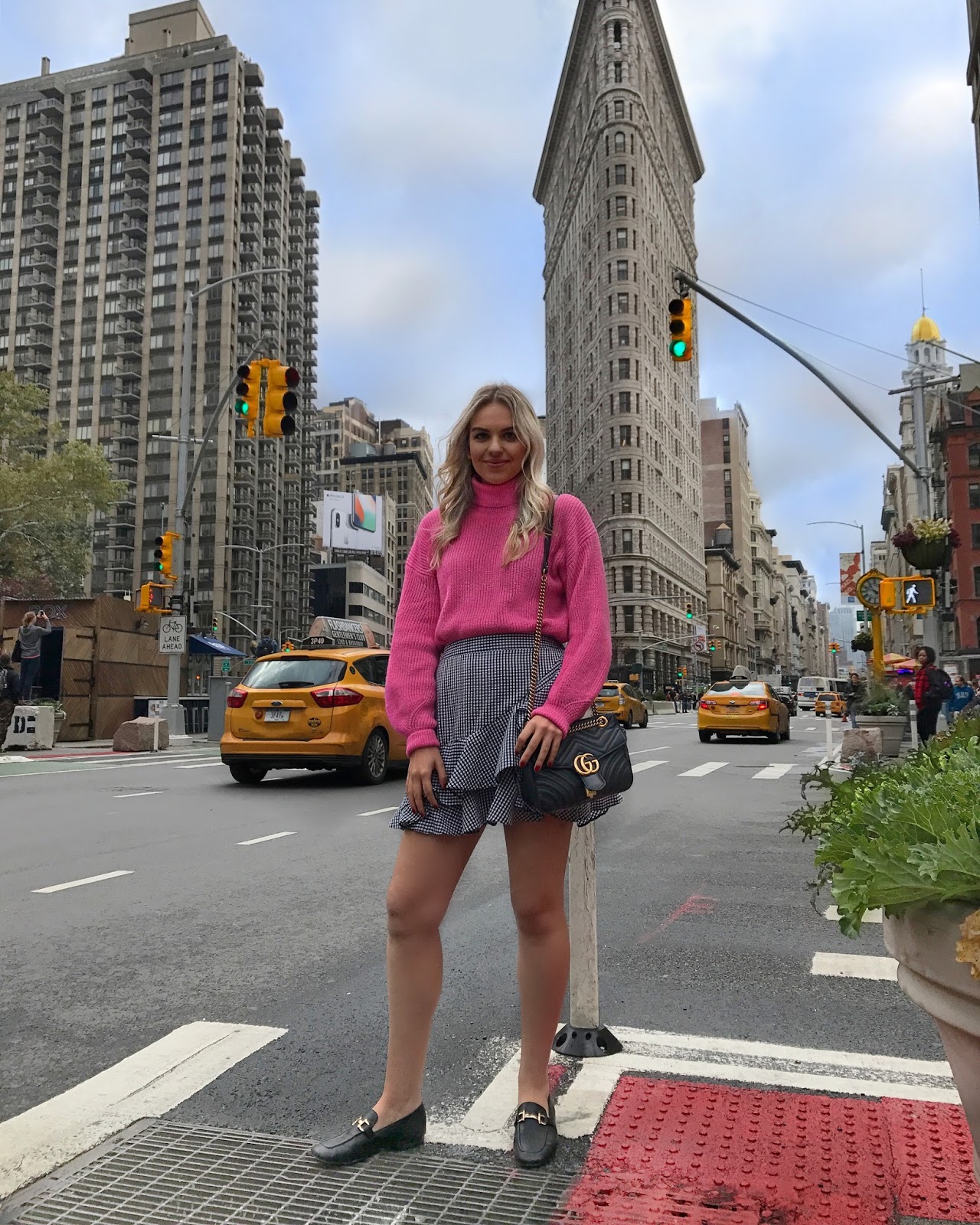 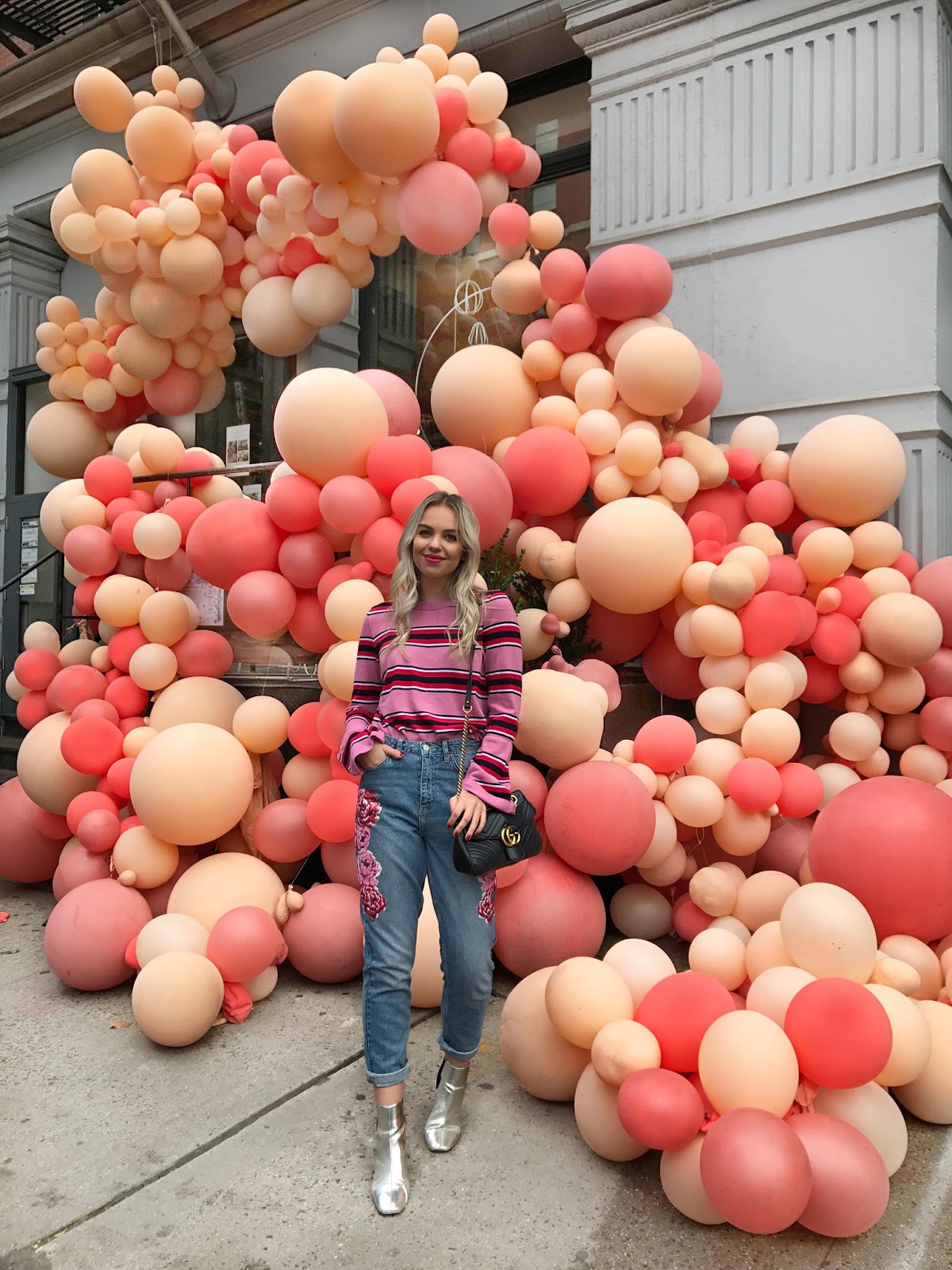 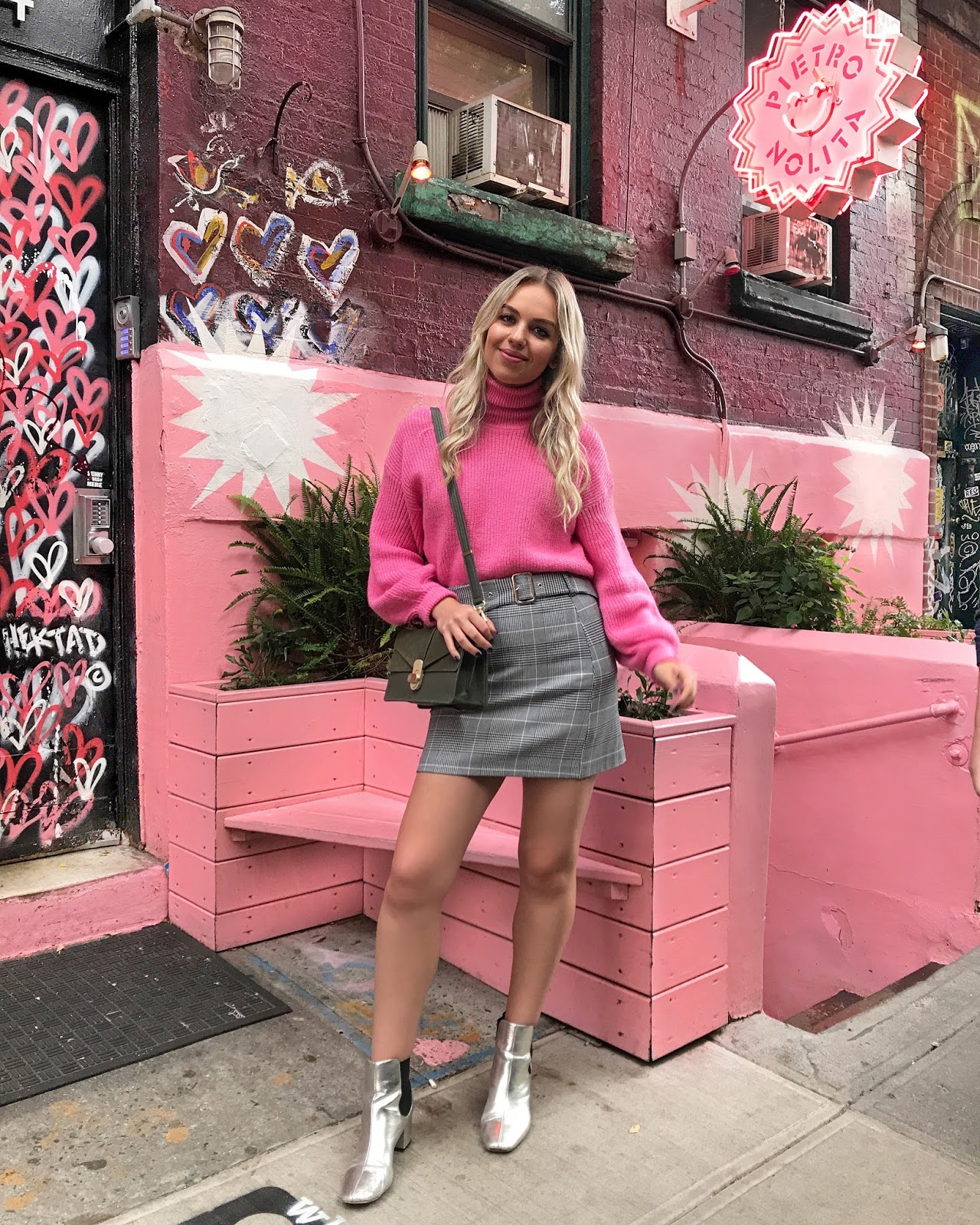 New York this time around was one of the best experiences of my life but I have to say, it wasn’t easy. The first week we struggled. Big time. We struggled to work and get content in New York (because it was unseasonably sunny and sun is the devil. And there’s lots and lots of people at all times #firstworldproblems. And actually we just wanted to have fun rather than work). I personally struggled because I was still stressed out about work and content and I wasn’t managing to live my best Carrie Bradshaw life 24/7.

I think, realistically, that the issue lies with the fact that I thought I could run off to New York and leave the life that was stressing me out behind but actually, I couldn’t. I couldn’t do that because my job is very much based around my life and my job also isn’t really something you can ignore for 3 weeks.

After the first week we started to settle into a bit more of a routine. We planned locations and outfits and timings a little better. We worked a little less and chose nights in with Sex and the city over editing videos until 3am.. we were a little kinder to ourselves.

We still had the most incredible time but I wanted to mention how tough it was at times because it’s important for me to reiterate (for the 34035990395 time) that life is not as colourful and pink and pretty as it appears on my instagram. And behind some of those photos were tears and stress.

But also… behind a bloody lot of them were tears of laughter and joy and just the most overwhelming love for a city that felt, and feels, like home to me. 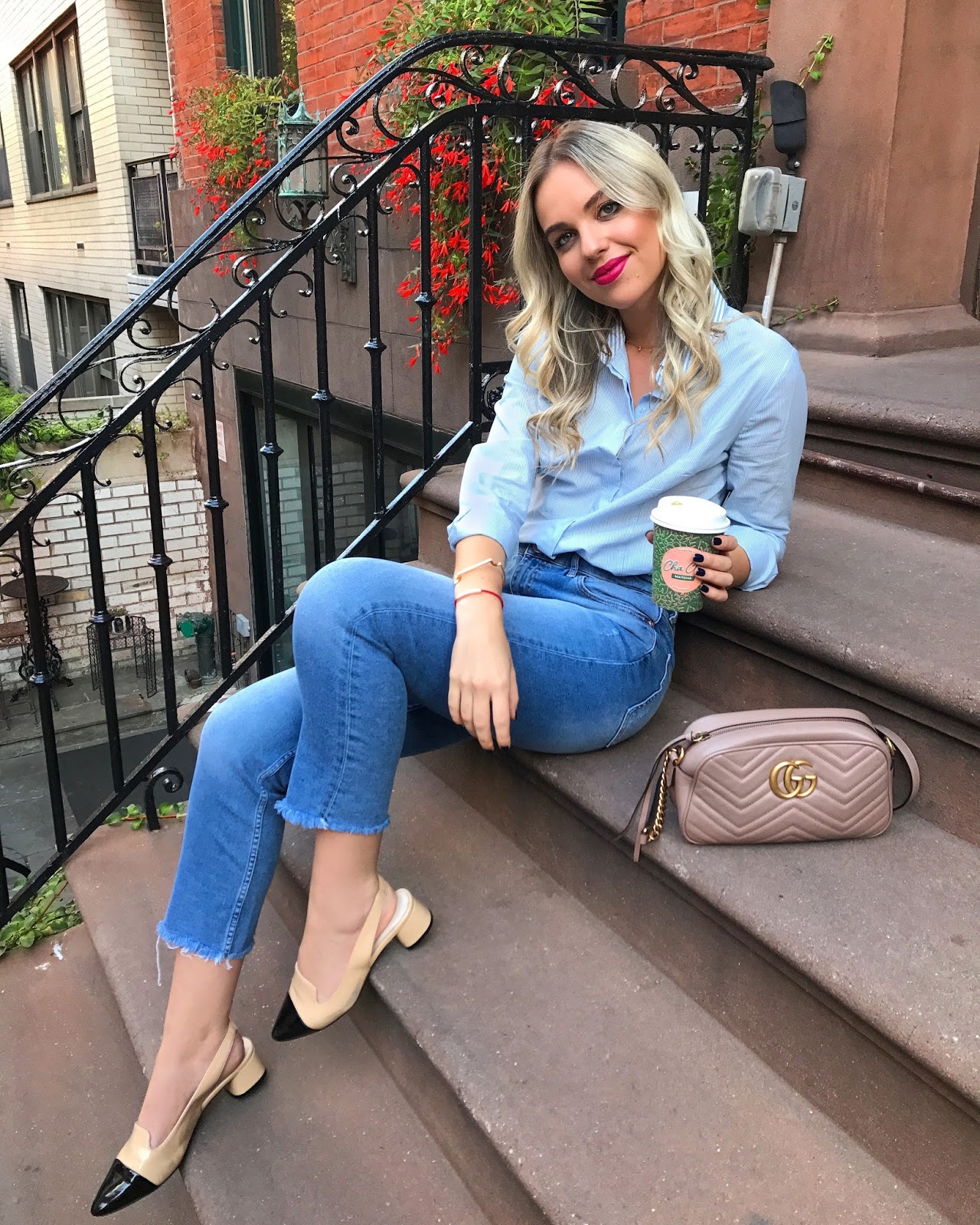 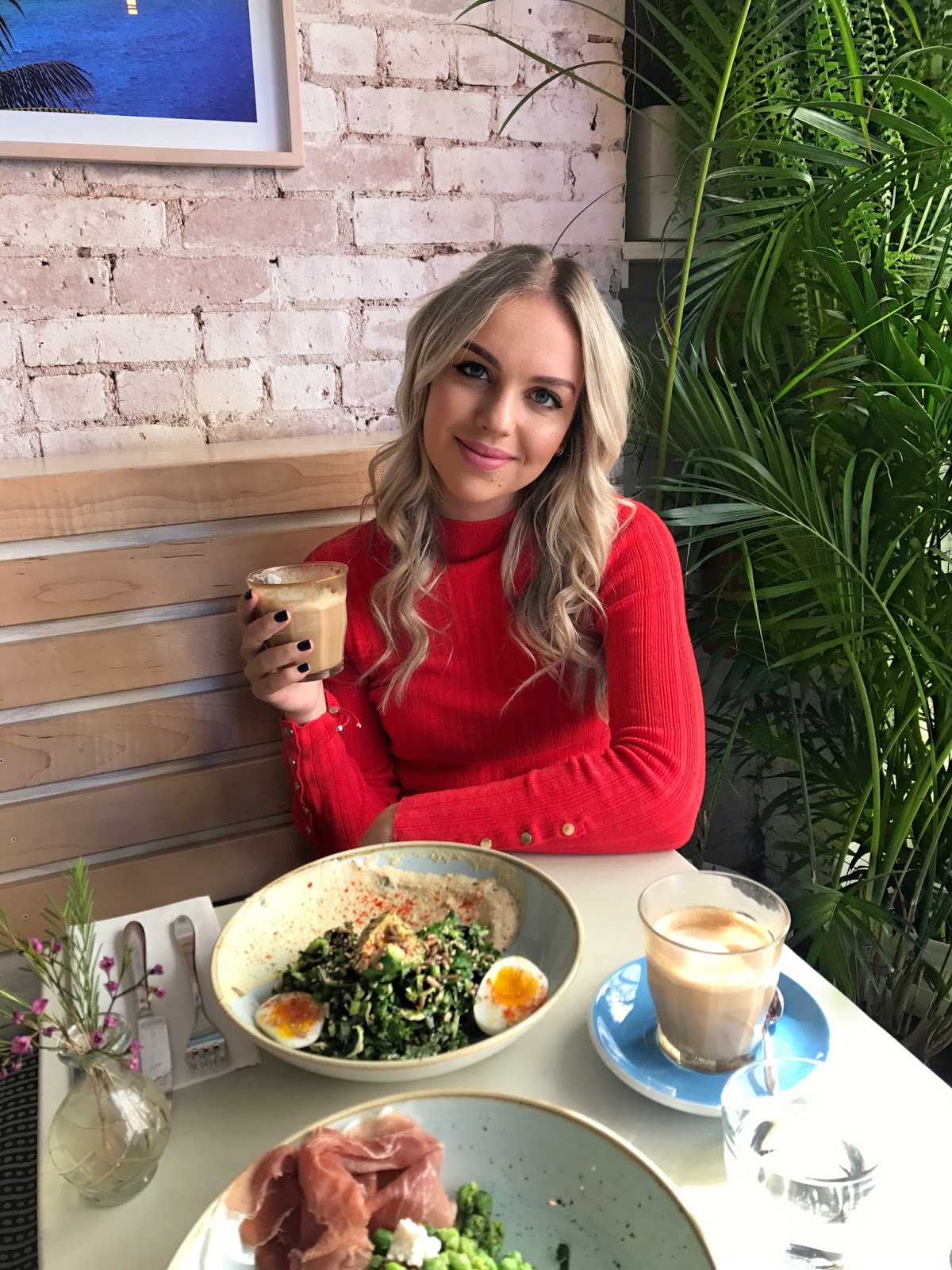 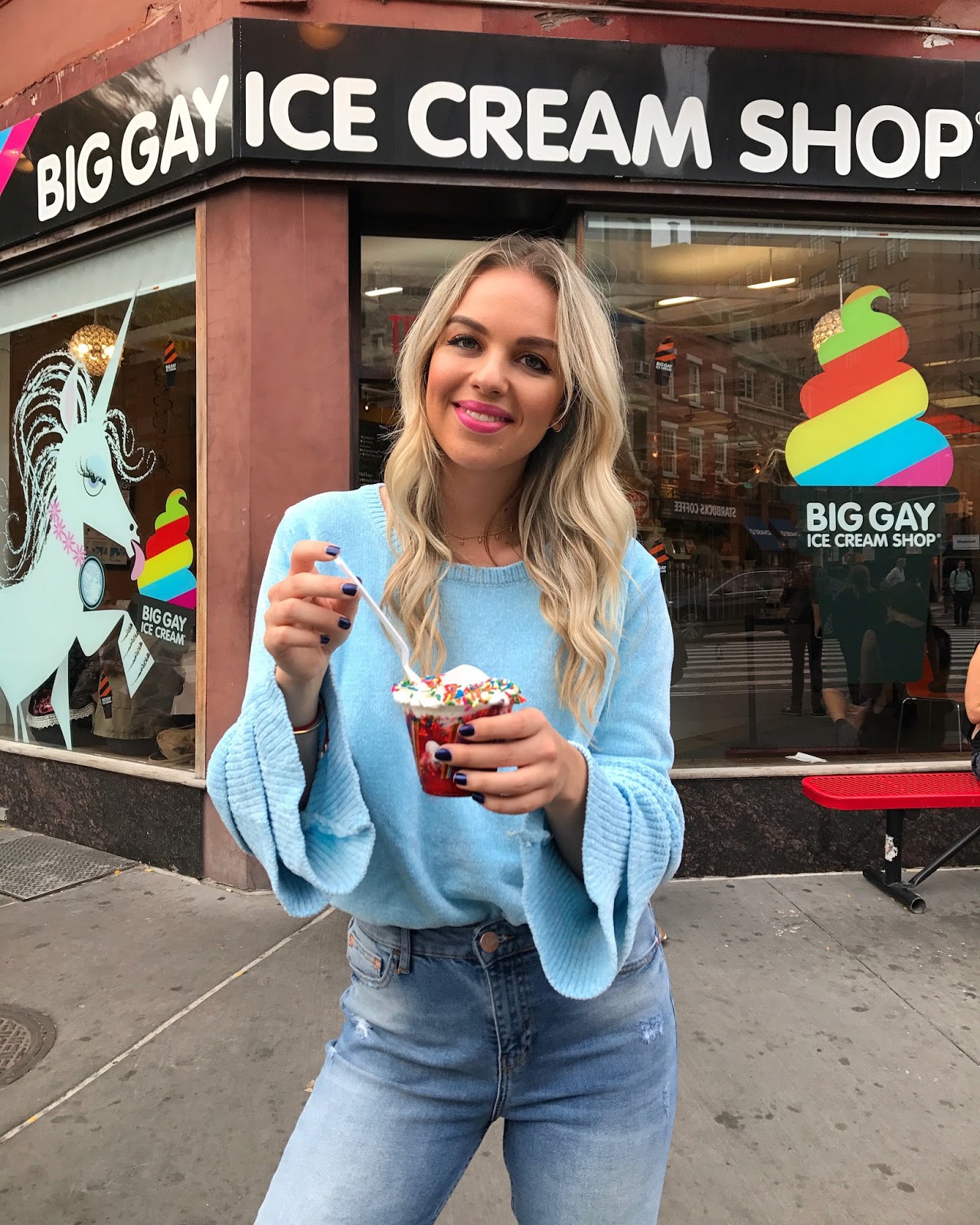 So overall, what was my final thoughts on being in NYC for 3 weeks?

Well, in short, I f**king loved it. Yes there were stressful times but actually, even they wasn’t anywhere near as bad as they would be at home because I was in NEW.YORK.CITY.

I find it absolutely impossible to describe what New York means to me. I don’t just love New york. I kinda live for it. As soon as I step foot off of that plane a ridiculously strange calm and zen-ness just washes over me and I immediately feel at home.

And I think that’s it. Despite loving London and being a born and bred Londoner and basically it’s biggest fangirl over on Instagram (and generally in life), I feel more at home in New York than in anywhere else in the world. Maybe it’s because after spending so much time there I know my way around. Maybe it’s because it’s easier to get anywhere in NYC compared to London because of the grid system. Maybe it’s because generally American’s are much cheerier than Londoners and all day ehhr day I was greeted with a smiling face and a conversation from strangers. Maybe it’s because walking along the streets in NYC makes you feel like you’re in a film at all times.

In all honesty, it’s not really something I can put into words. It’s just a feeling. A feeling of pure happiness and… belonging.

LOL LOL LOL LOL WENT TO NEW YORK FOR A MONTH A CAME BACK A TREE HUGGING HIPPIE, PLEASE JUST IGNORE EVERYTHING I SAY FOR THE FORESEEABLE FUTURE. 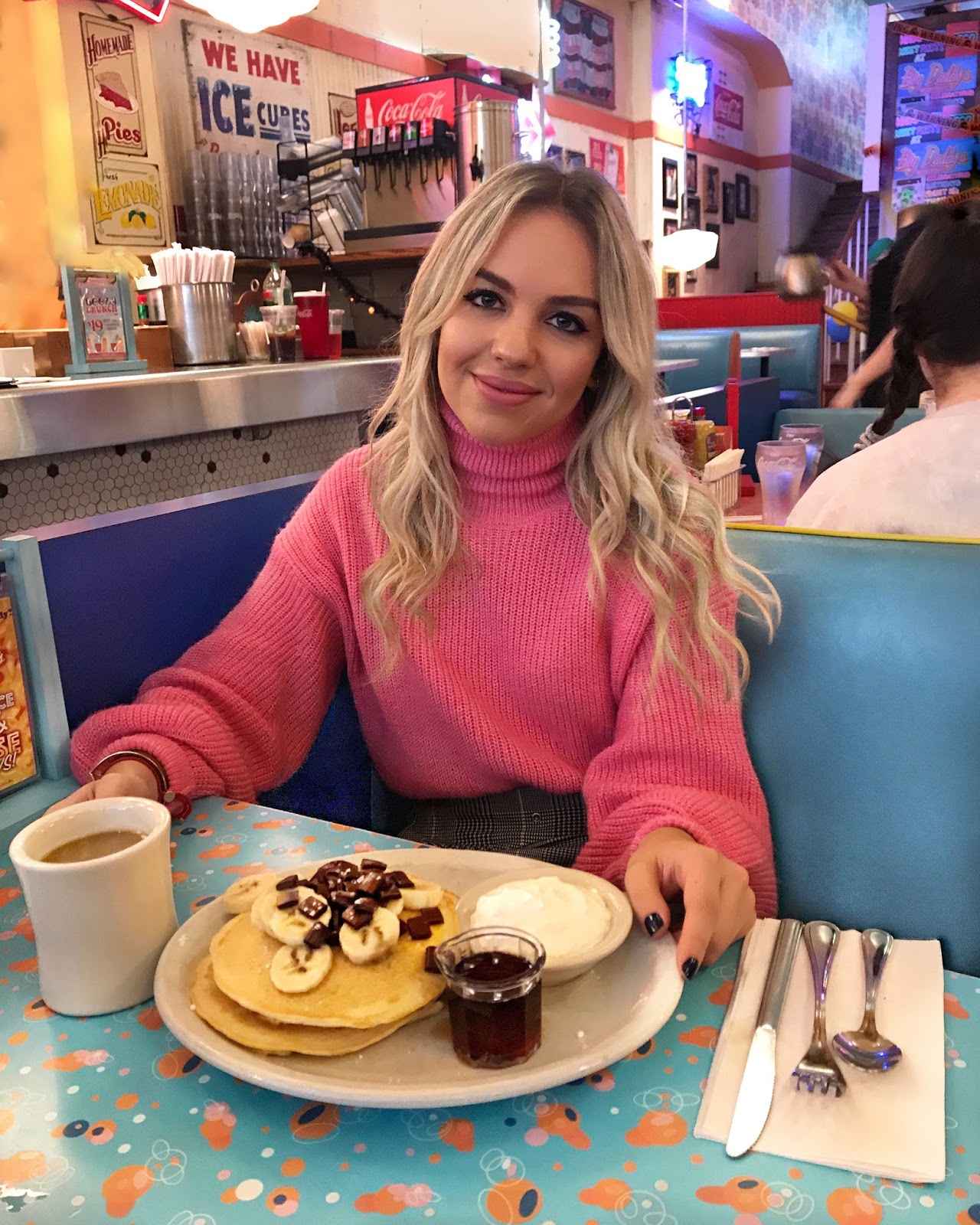 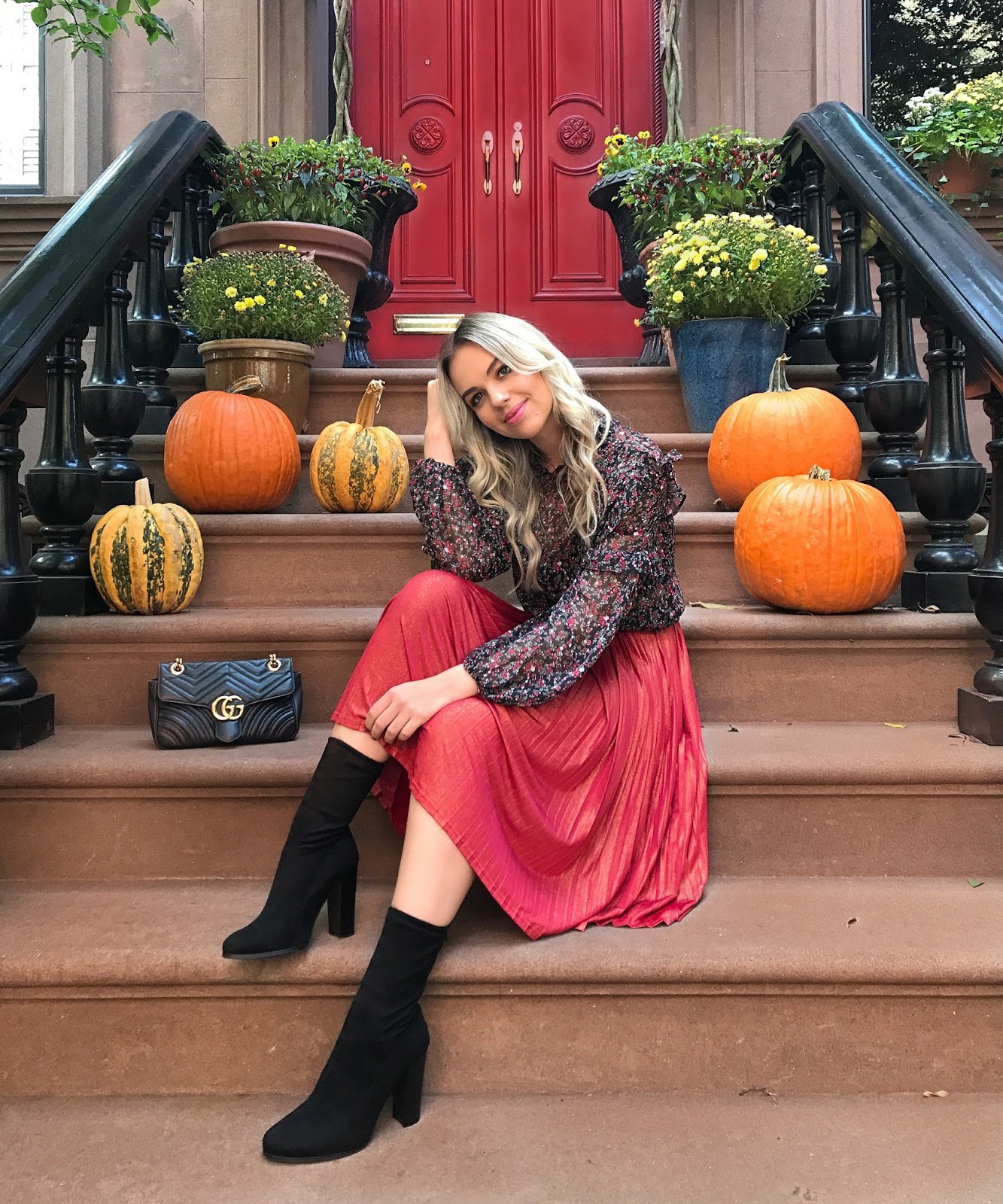 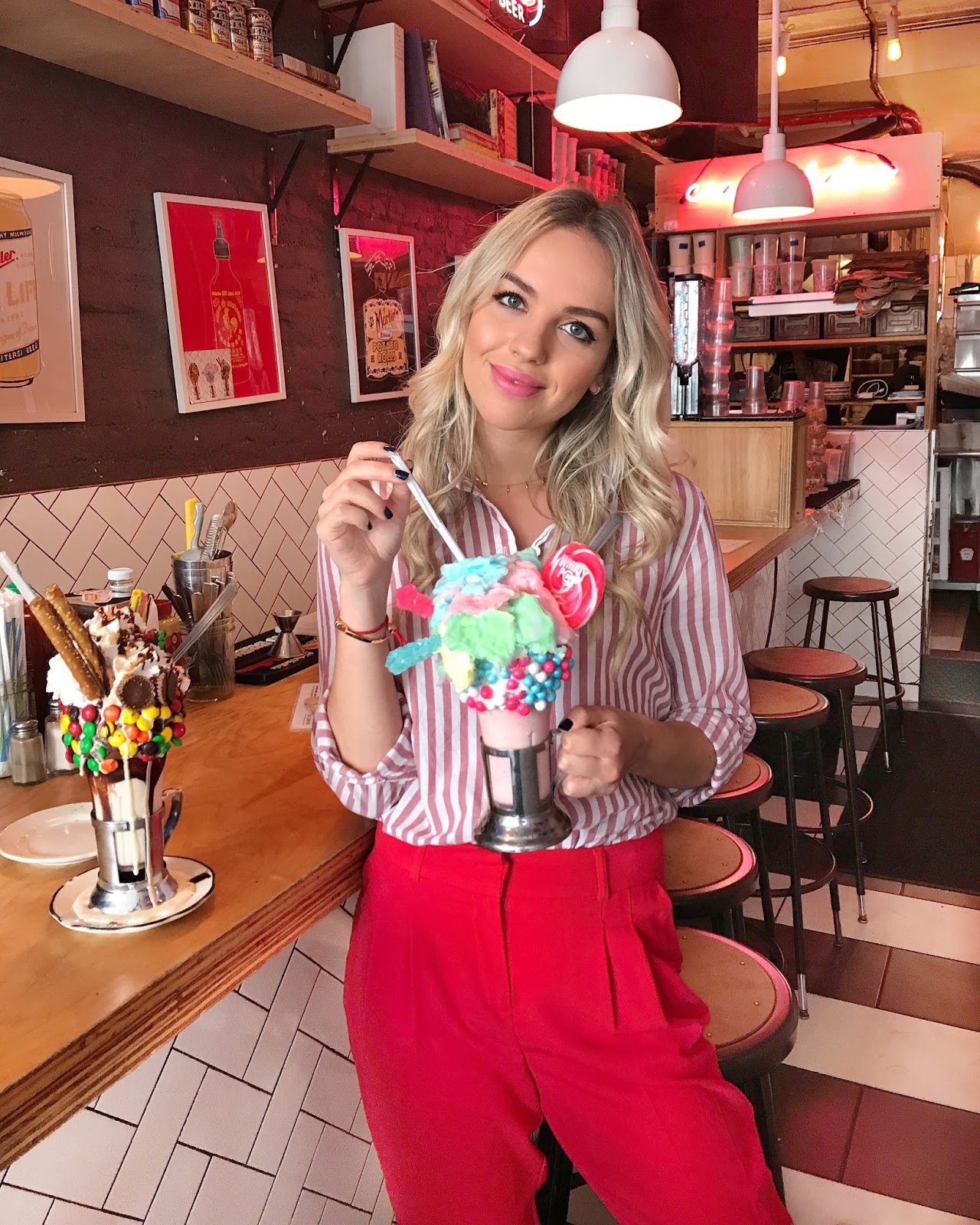 I’m going to wrap this up now. In short, my life and my job had got a little bit too much for me and whilst I am eternally grateful that that essentially means I’m actually doing well… I just need to strike a balance in my work/social/downtime life. Which you know, is something I’ve been trying (and failing) for 2 years but this new positive Elle is convinced she’ll get there*. So yeah, I ran off to NYC and basically lived my best life. It wasn’t 100% stress free but it was just absolutely incredible in every single way. I have memories that will last me a life time. I fell in love with NYC even more and anyone that knows me will know that that was nearly impossible. I smiled, I laughed, I lived independently. It was just everything I needed and so much more. And it for sure will not be my last monthly NYC “Am I Carrie Bradshaw yet?” trip.

*Feel free to punch me in the face to referring to myself in the third person.

I’d love to know if you’ve been to NYC. Are you as much of a fangirl as I am? Where in the world makes you feel like home?

As always, thanks so much for reading and generally being top babes!!

PREVIOUS POST
"INVESTING IN CLASSIC BRITISH STYLE"
NEXT POST
"FROM DESK TO DO, EASY DAY TO NIGHT OUTFITS"