TAKING A STEP BACK TO APPRECIATE YOUR ACHIEVEMENTS 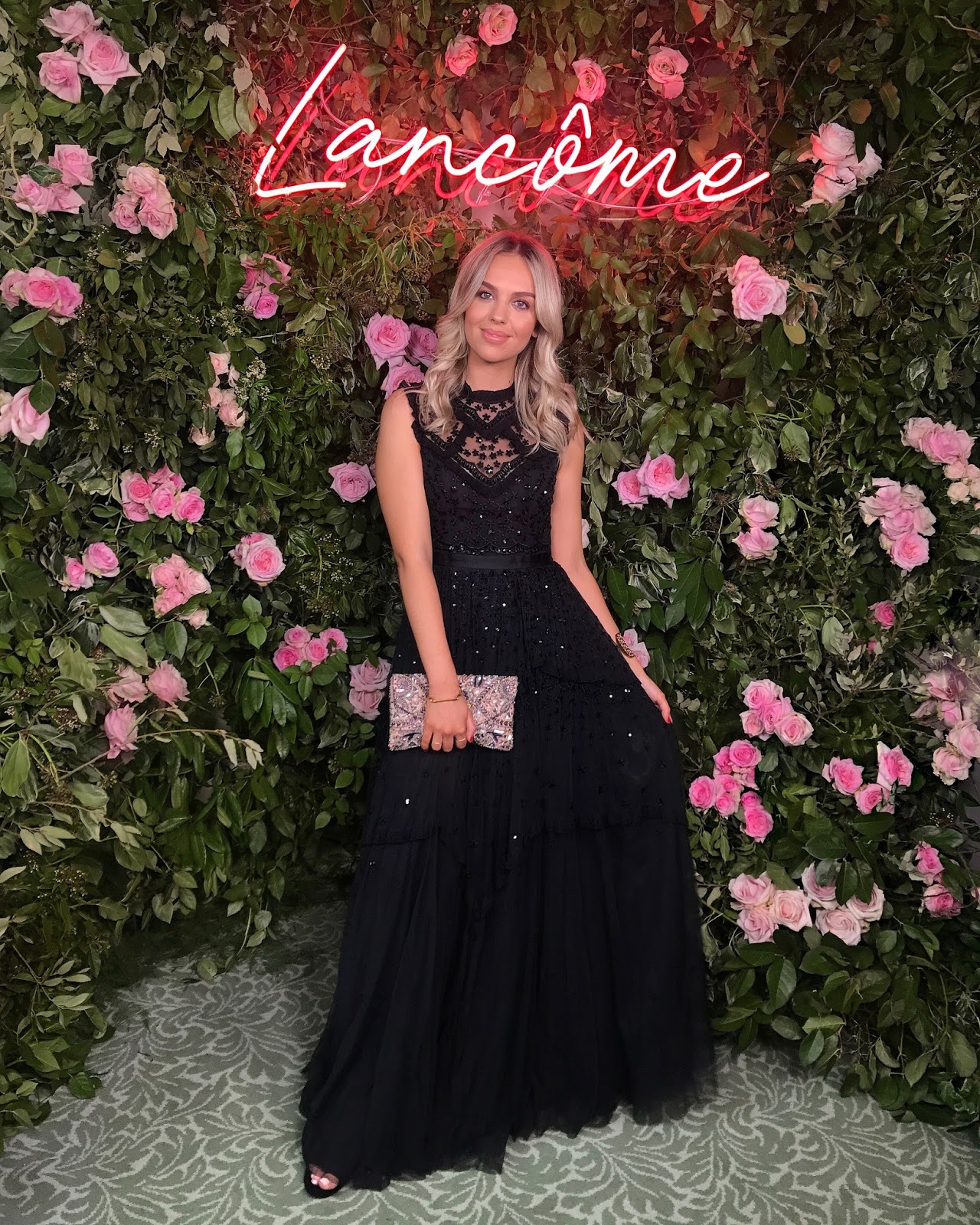 “YOU’RE GOING TO THE F**KING BAFTAS”


I can’t remember what preceded or followed that statement from Ally when I casually spoke about my following week but I know those words were said at some point. I think – I say I think because we talk a thousand times a day so it’s hard to remember y’know? – it was said during a conversation where I was probably being an anxious, overthinking mess and probably said something about forever failing life.


Because I do consistently fail life/make hilariously awful decisions but at least I have great stories off of the back of them, right?


But yeah, my point to this long ramble is mostly that ever since I started blogging full time nearly 3 years ago and said bye to “normal” life and hi to 5:30am – midnight work days, I haven’t ever really stopped and taken a proper step back. I’ve never really had a full day off – no YOU wrote a blog post on Christmas day – I’ve never really had time out. I’ve never really stepped off of the ridiculously crazy carousel that life as a full time blogger is to take a moment out and reflect on everything that I’ve done/achieved and I think that in doing so, you tend to never actually appreciate what your life is, your successes and most importantly, living in the moment.


I guess part of this is because I would like to think I was one of the least self-indulgent souls on the planet – even saying that makes me want to shrivel up like a prune and die inside because it feels like calling myself that is the complete opposite – and I am forever batting away compliments as if they physically pain me (sometimes they do), playing down any achievement and basically just portraying myself as a walking disaster (I mean, let’s be honest, not much acting goes into that does it?)


But after said conversation with Ally, it sort of forced me into reassessing things a bit. I went for a long ass walk sans phone and thought about the last 3 years and honestly just thought, f**king hell girl, you ain’t done bad.


BRB while I vom into a bowl of self indulgence.


So yeah, this post is about going to the BAFTA’s with EE, it’s about walking the red carpet and feeling very momentarily like a mix of Beyonce and Blake lively and let me just tell you lads, I was all about that feeling. But mostly it’s about the fact that no matter what job you do and where you’re at in life, from time to time you really need to take a step back and appreciate it all.


Because what’s the point in working your ass off if you don’t even truly reap the rewards? 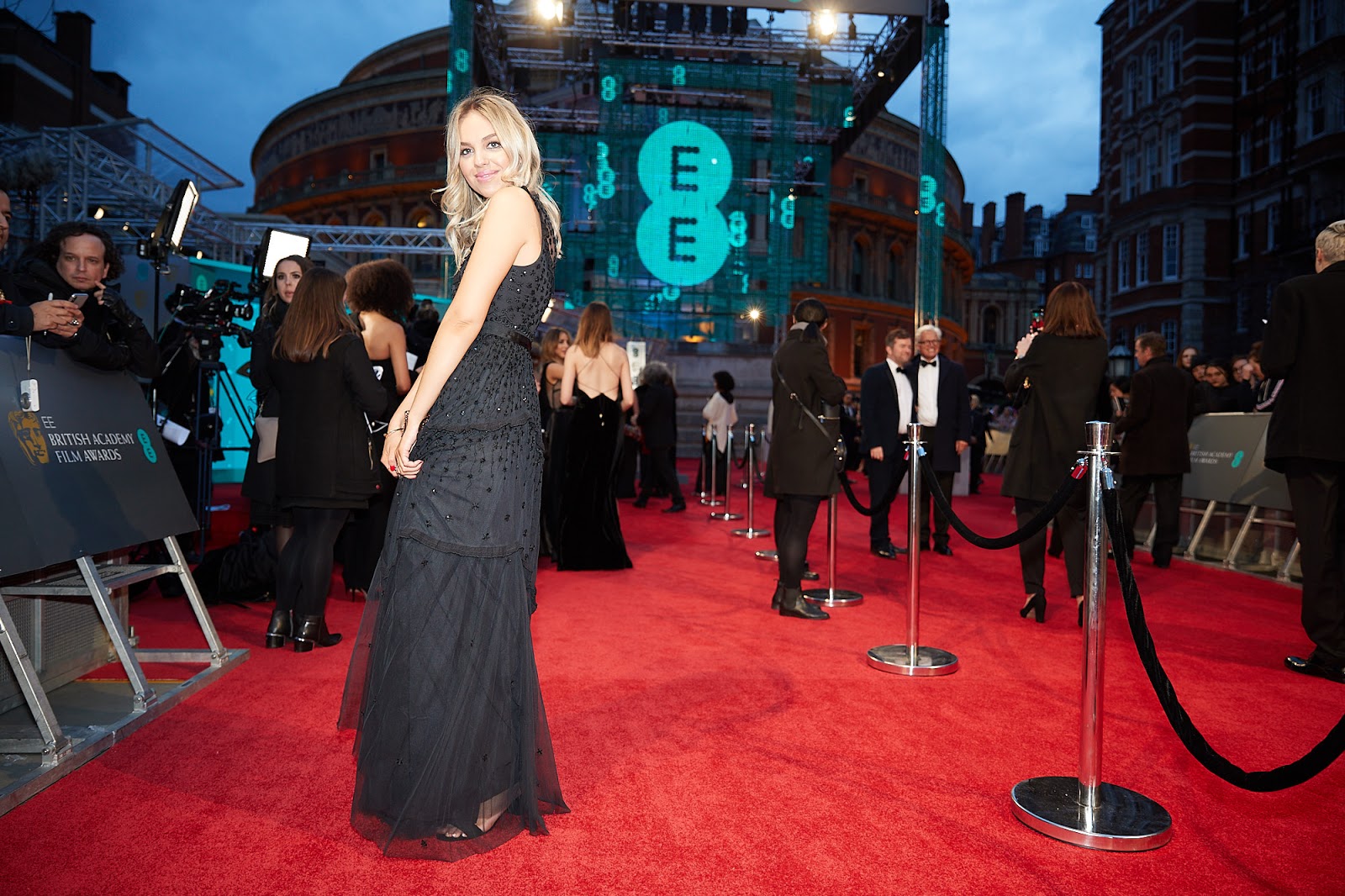 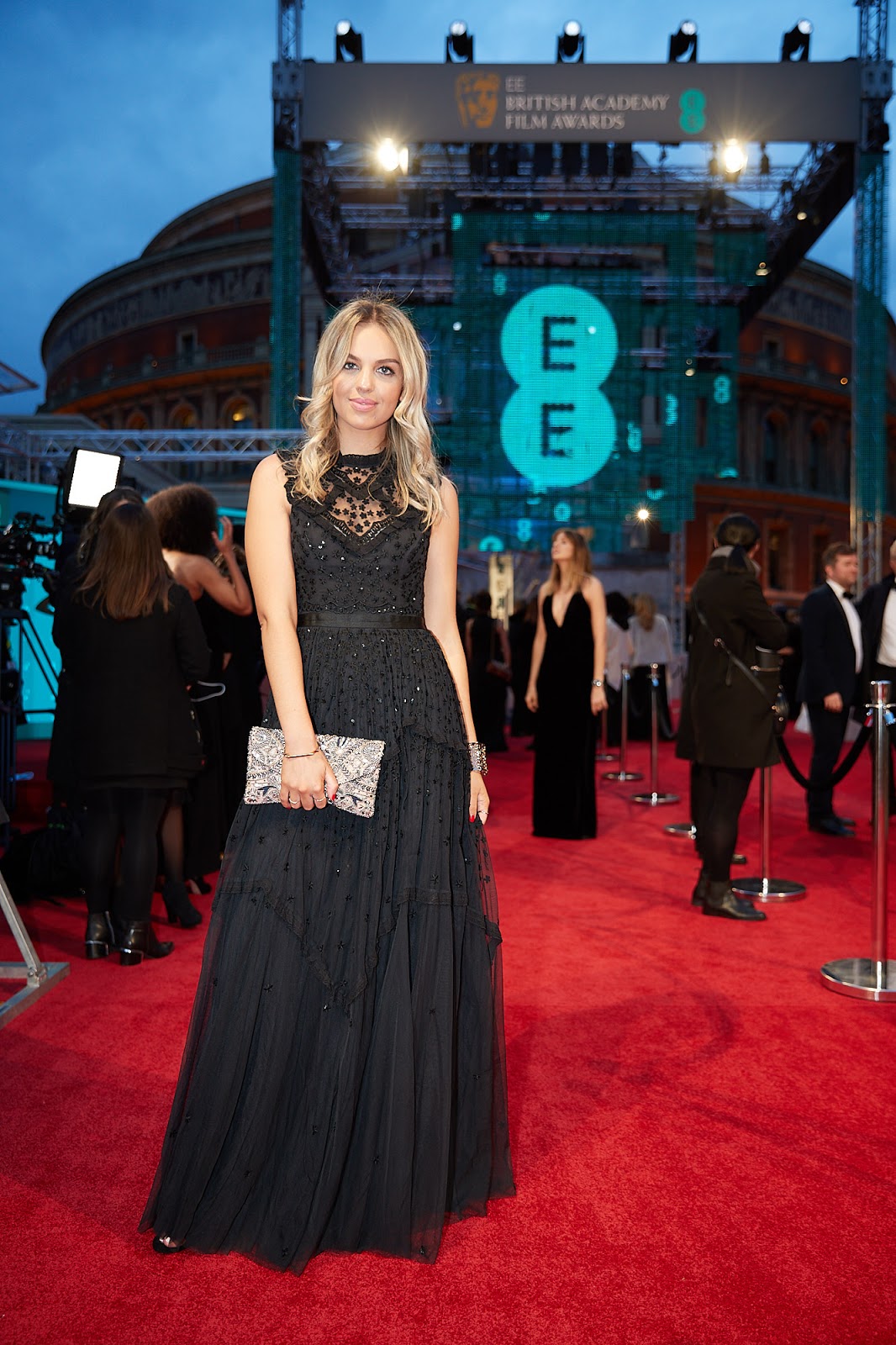 Dress – Needle and Thread
Shoes – ASOS
Bag – Accessorize
So this gal pal was lucky enough to be taken to the BAFTA’s with EE. Lancome did my makeup (shoutout to @itsonlyabitofmakeup for making me look 100000x better than I usually do), I whipped on my dress and then we headed for drinks with the rest of the team before walking THE GODAMN MOTHERPLUCKING RED CARPET.

There are two things to note. Red carpets are not as glamorous as they look and they are stressful (I knew this from Cannes but lol forgot all about when I was swishing around in my princess dress). And secondly, we got to use the 4GEE Style Scanner which basically creates one of those sassy little gifs and allows people to shop what you’re wearing. And that was really cool and made me feel momentarily like a celeb before realising that absolutely nobody knew who I was. Lol.

After going up – and down because you know, gotta get that gram – the red carpet we then went in to the Royal Albert hall where I stalked Angelina Jolie (the woman who made it cool to have humongous lips, god I love you Ange), watched the ceremony, drunk champagne and sort’ve just kept looking around in awe because honestly, how the hell did I even get there? 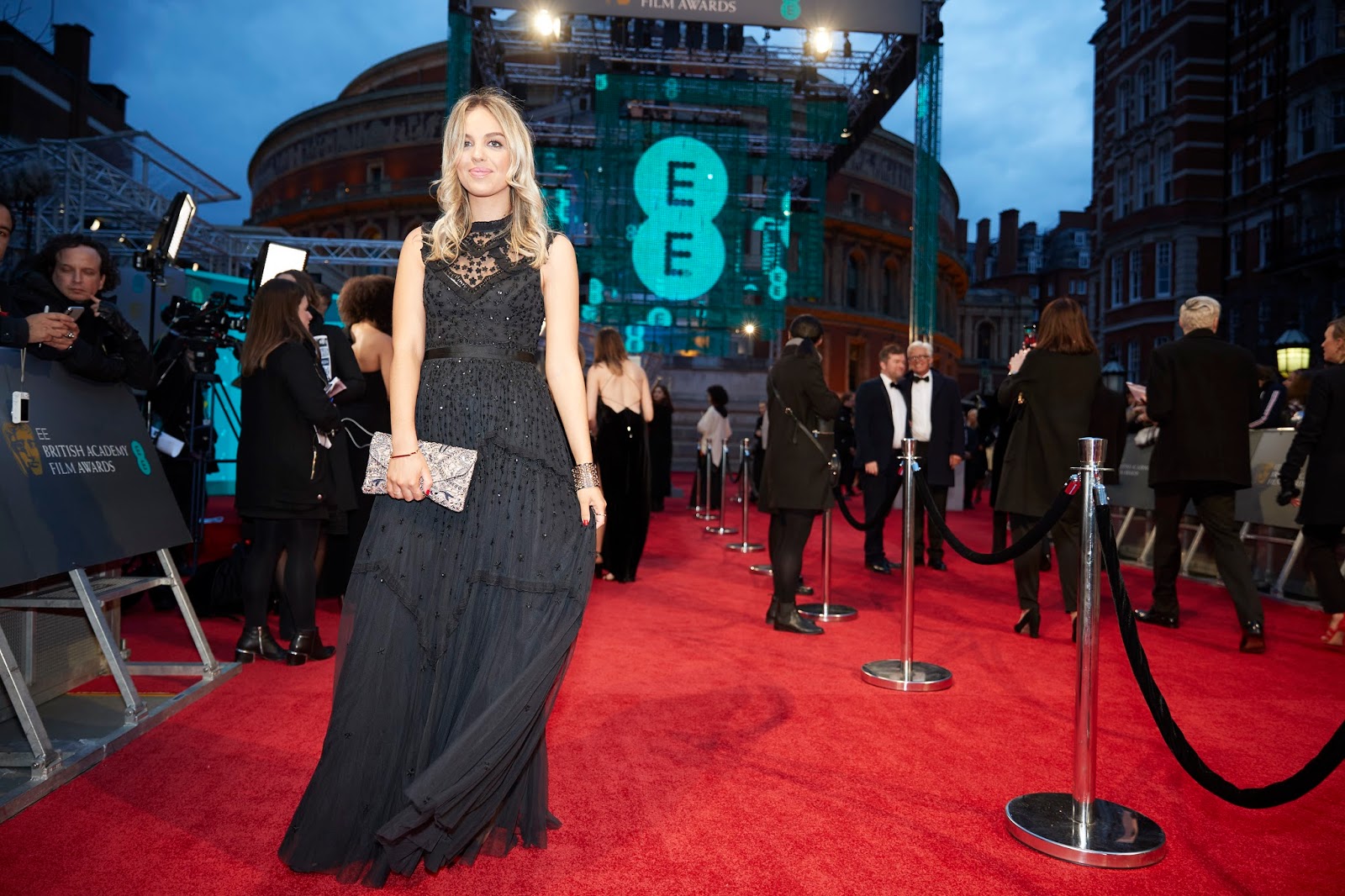 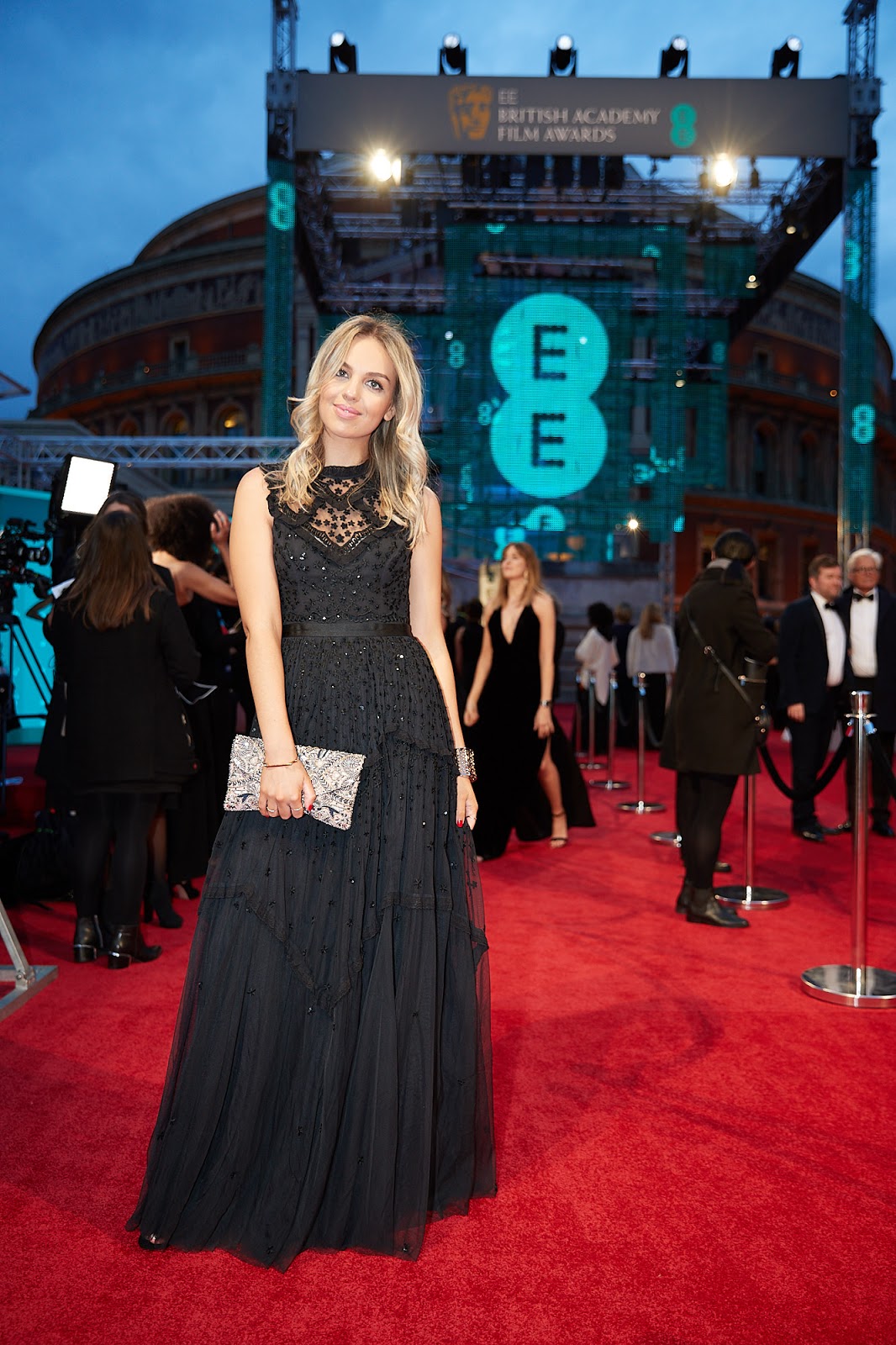 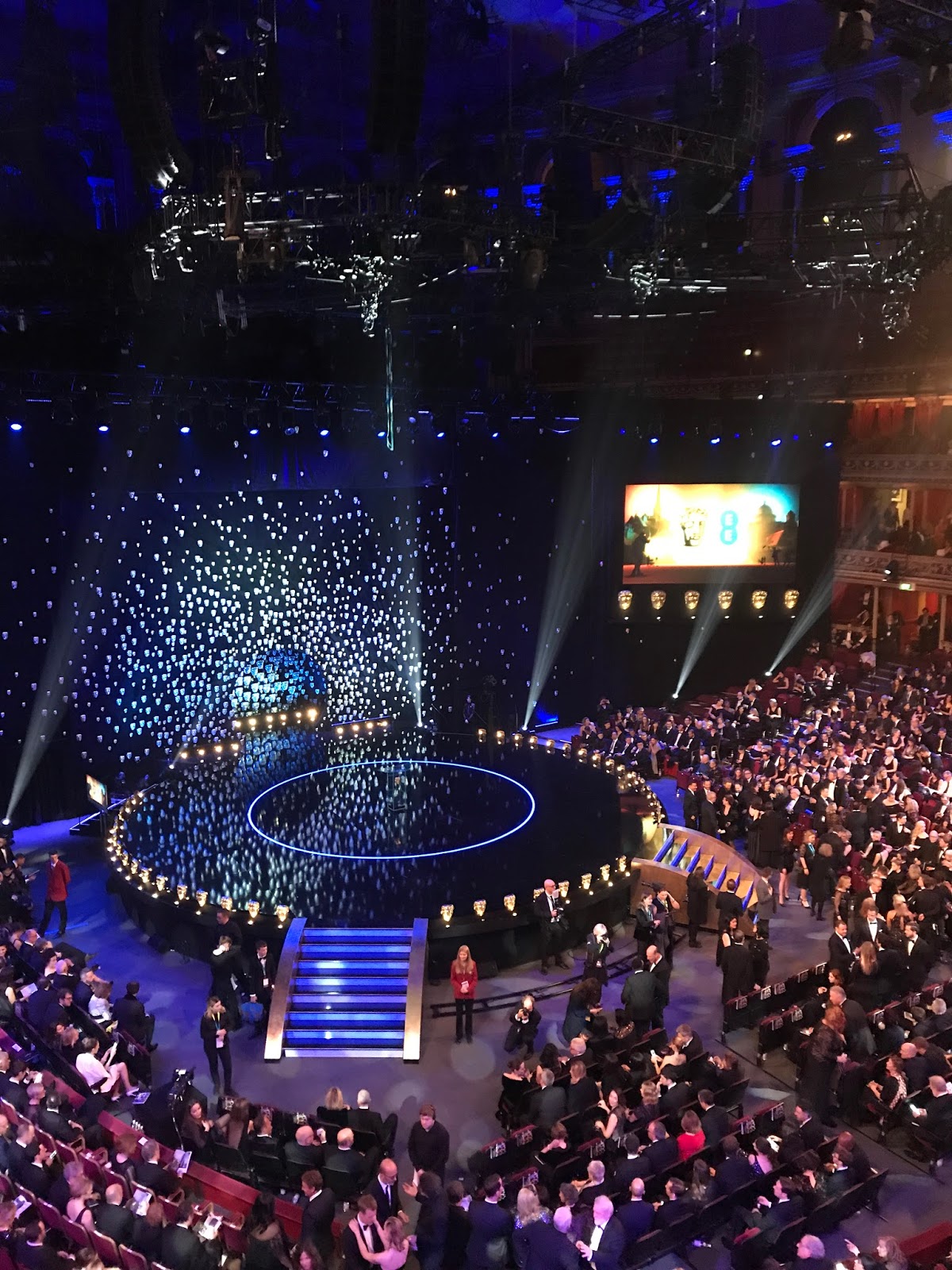 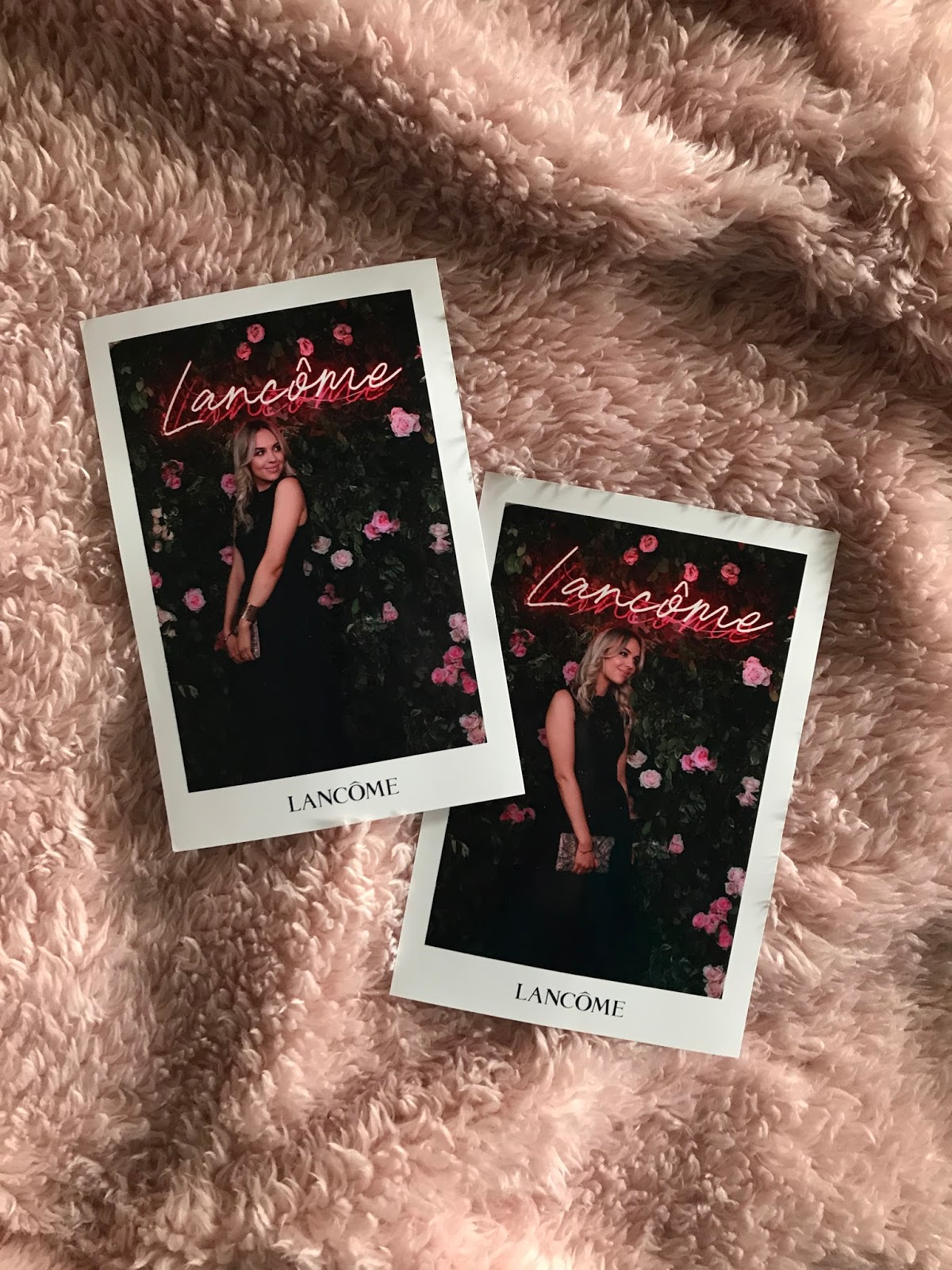 So yeah, as I sit here nearly a couple of weeks on with avocado and coffee stains on my pyjamas and feeling approximately 100000000% less sassy and glamorous than I did on that night, I’m really glad I decided to put this post together with a few random images shot on that night. Because when I’m old and wrinkly af and my kids think I’m the most uncool Mum at the school gates because I’ll probably be bringing them Harry Potter related snacks and getting a random student to take a snap of me for an #OOTD, I’m hoping I can look back on this and think “yeah… you did good girl”.

Because let’s face it, right now, life is so busy that the only thing I’m doing good at is replying to emails 3 weeks after receiving them and never taking a day off.

And that’s it from me folks. I hope you enjoyed a few of the snaps. I hope you enjoyed having a sneak peak inside the BAFTA’s/the red carpet. And I hope, even just 0.01% of you was just a little bit inspired to truly believe that with a lot of hard work and determination, there really is nothing you can’t achieve.

Sending lots of love and good vibes and mostly just prayers that you’re not also covered in coffee stains and avocado smush because honestly, it’s really not the hashtag goals morning I had in mind.

xx
Thank you so, so much to EE for taking me to the BAFTA’s, it was a total dream come true!

40 responses to “TAKING A STEP BACK TO APPRECIATE YOUR ACHIEVEMENTS”