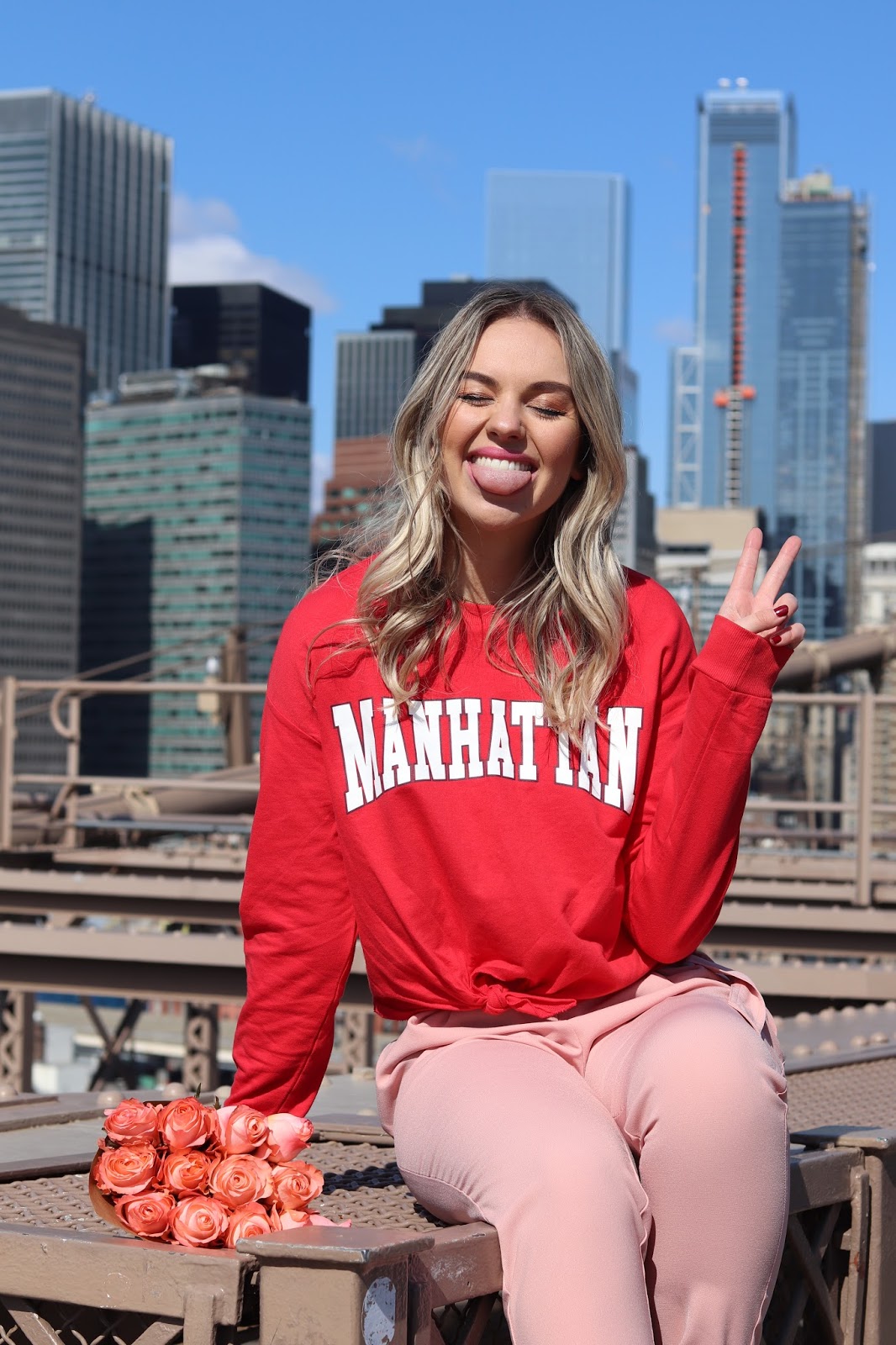 I’m aware that that’s not the most loquacious way of expressing my feelings but I feel like it best describes exactly how I feel. Plus the fact that I’m currently sat in the airport with our flight being 10hrs delayed, a flight attendant so rude that it’s making my blood boil at a temperature of 379248 degrees and I’ve just realised that I’ve lost my memory card full of New york content… so I kinda just need to drop an F bomb anyway. Just to get it off my chest, let out a little rage alongside the love, ya know?

So yeah, I really fucking love New York. I’ve spent the past week there with one of my favourite humans Hayley and my god the thought of leaving and going back to “real life” is just filling me with the most amount of dread and stress and anxiety and just shit vibes.

You see, new york is my happy place. When I’m there, nothing really matters and everything is OK and not an issue and no problem can’t be solved. I’m aware that I’m going to sound like a giant bellend (what an image) but Jay Z and Alicia really weren’t joking when they said the streets will make you feel brand new and big lights will inspire you.


*Diary, in this case, means a complete word vomit of thoughts so you know, just bear that in mind. 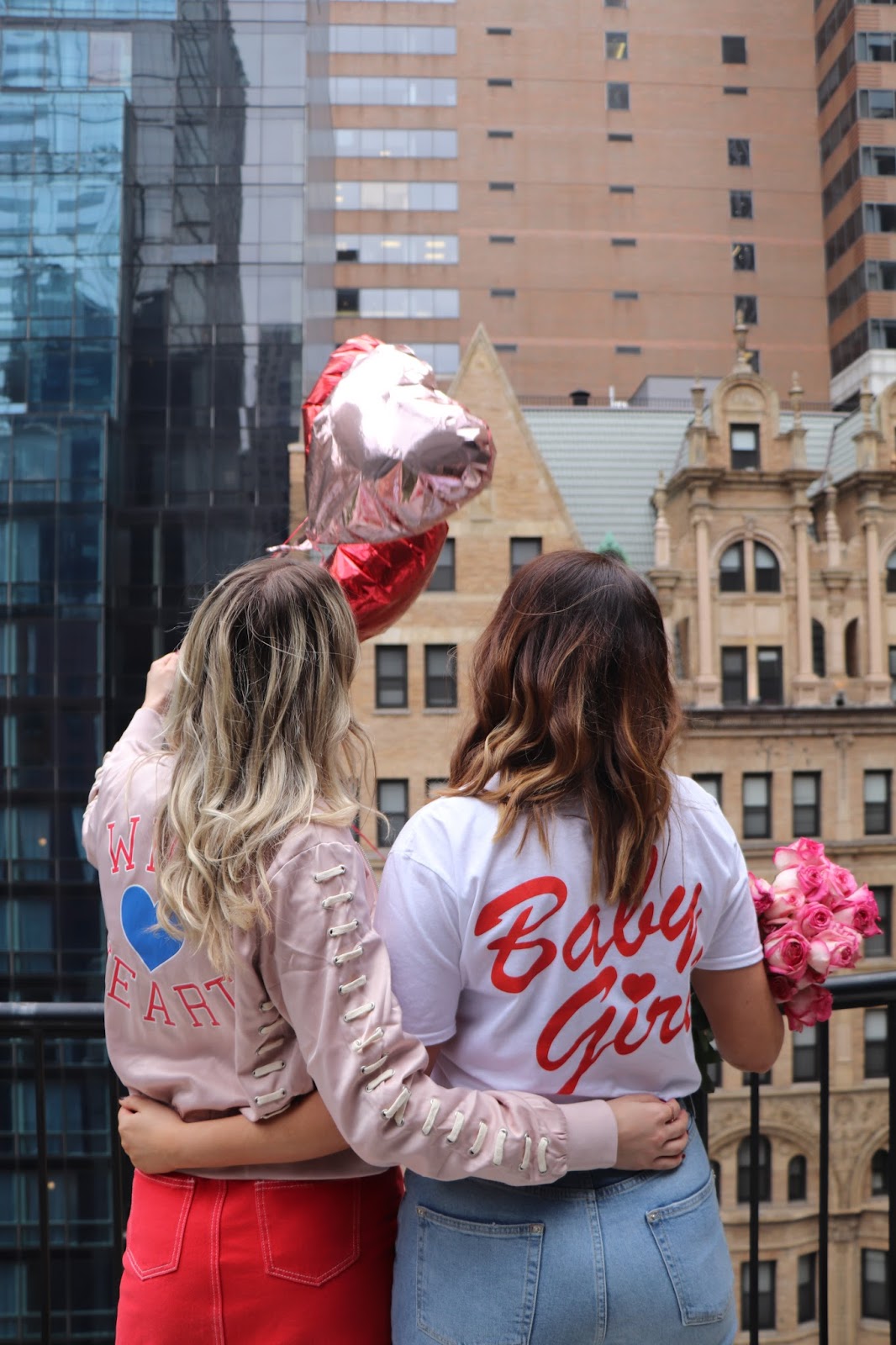 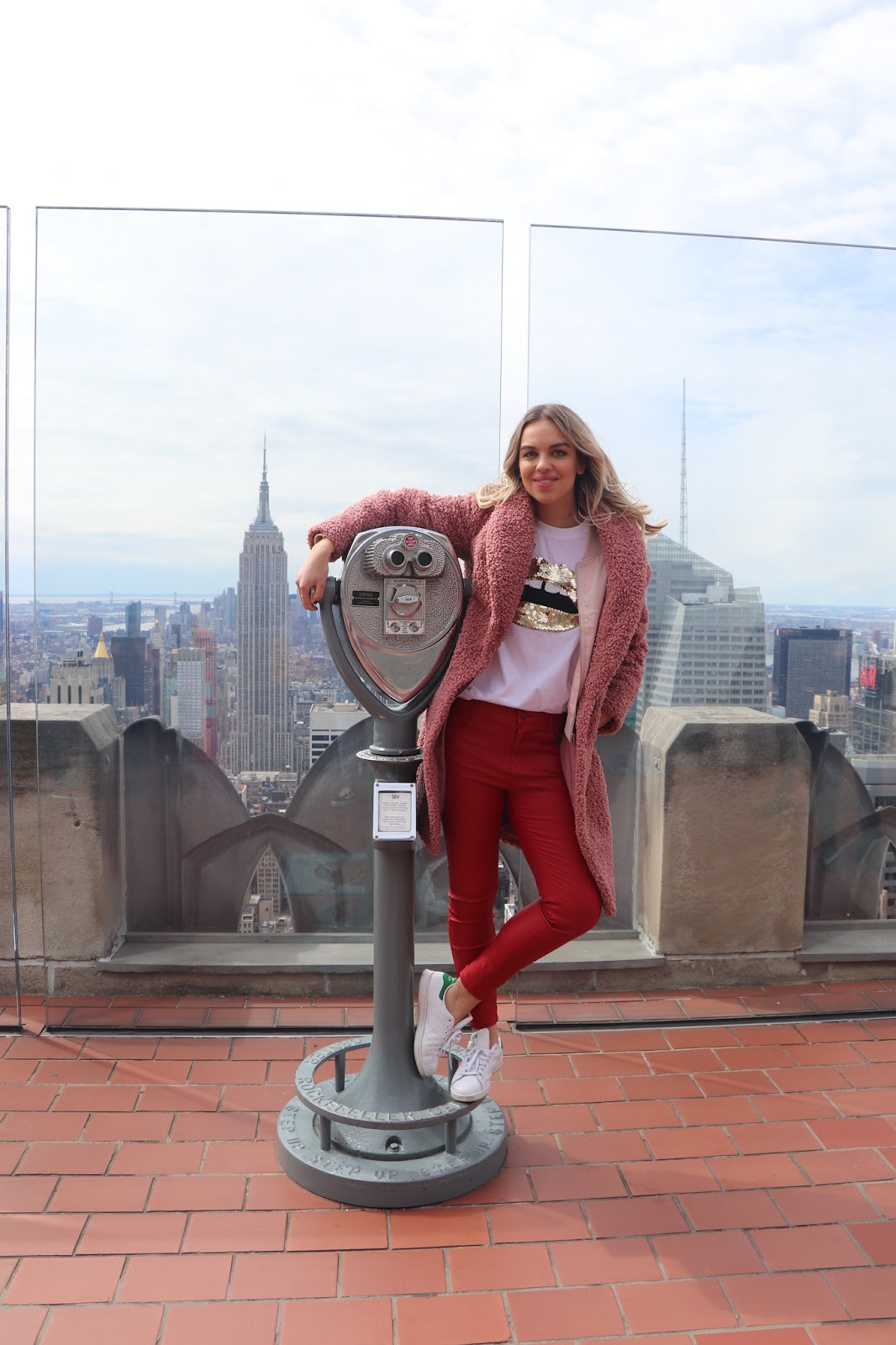 This was my 8th time in New York and I think out of every trip I’ve done, I probably worked the most and the hardest this time around. Hayley and I are just very similar when it comes to work ethic and getting content and our love of New York and sharing it with you guys… and it’s amazing because I know that we are both as dedicated to getting that shot as the other, but it also meant we never really switched off until the last day (where I accidentally bought some Gucci Loafers, I currently can’t talk about it because we’re still at the point of feeling sick at spending so much money on flats). So we laughed until we cried and we spoke life stories and had deep meaningful convos that I’ll never ever forget and we had the best time but we also worked our arses off and I have to say, I’m really f**king proud of us. We did an amazing collab with Primark and our content was some of my favourite that I’ve created in forever. We shot so many photos that I could post NYC blog posts everyday for a month (but let’s be honest I just about manage to find time to blog once a week these days so that won’t happen) and we just sort of went above and beyond to do the best we could. And we were talking about work and travels and campaigns we have coming up and I kinda just had this moment where I thought (probably slightly self-indulgently which will subsequently make me want to punch myself in the face), hard work really does pay off. We are in New York, we are working with our favourite brands, we are fronting campaigns… and it’s all because we’ve given everything for years to make this work. After said moment I forced* Hayley into getting another bottle of prosecco to go alongside our takeaway pizza in our room and toasted to us. To blogging. To Team Internet. And to being in N-Y-Fucking-C off of the back of it all.


*When I say forced, what I actually mean is she suggested it, I said absolutely yes and no more convincing was needed. My kinda girl.

So now I’ve taken a moment for myself – heavily induced by being hormonal x100 – here were some of my favourite parts of our trip; 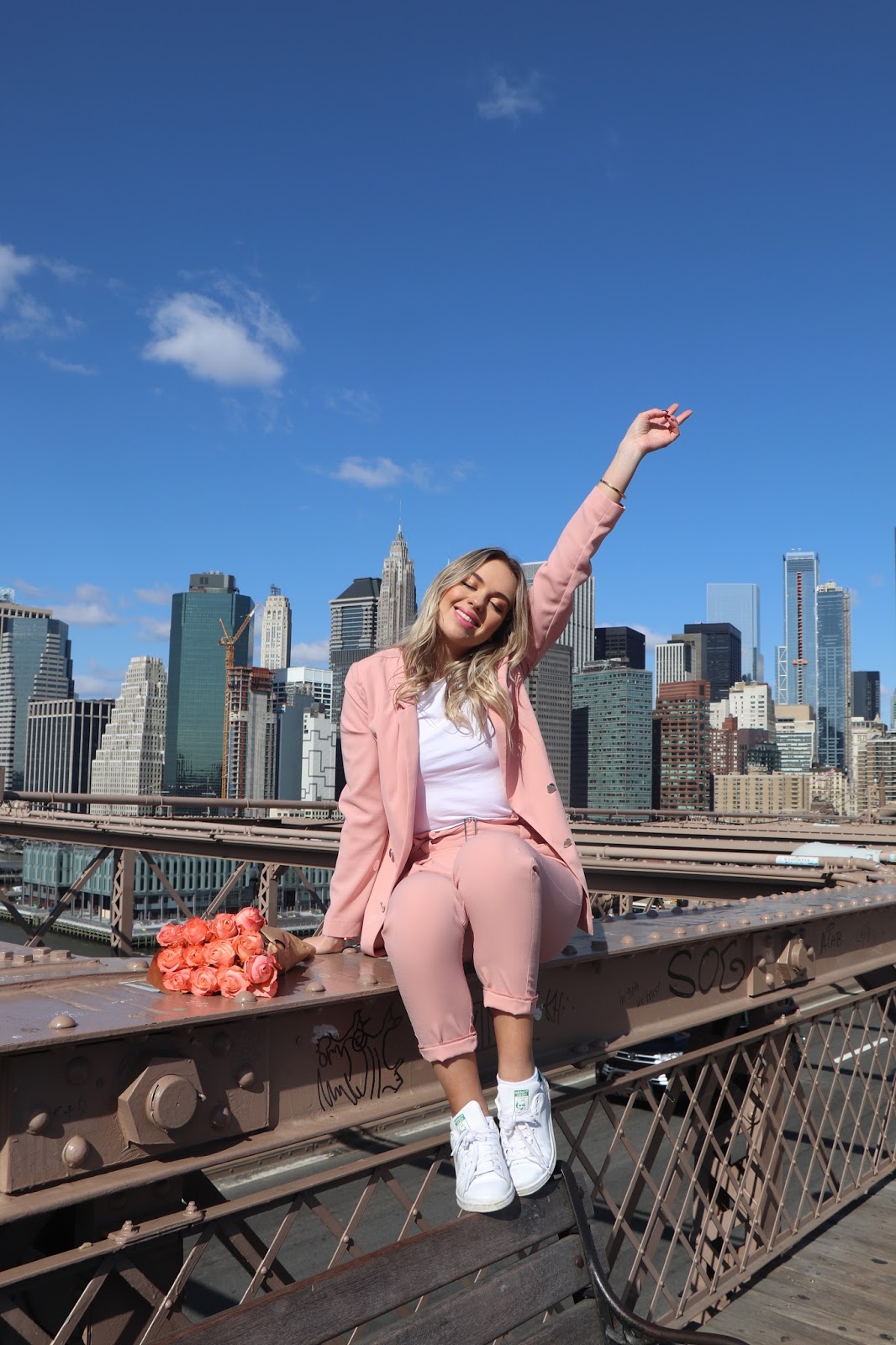 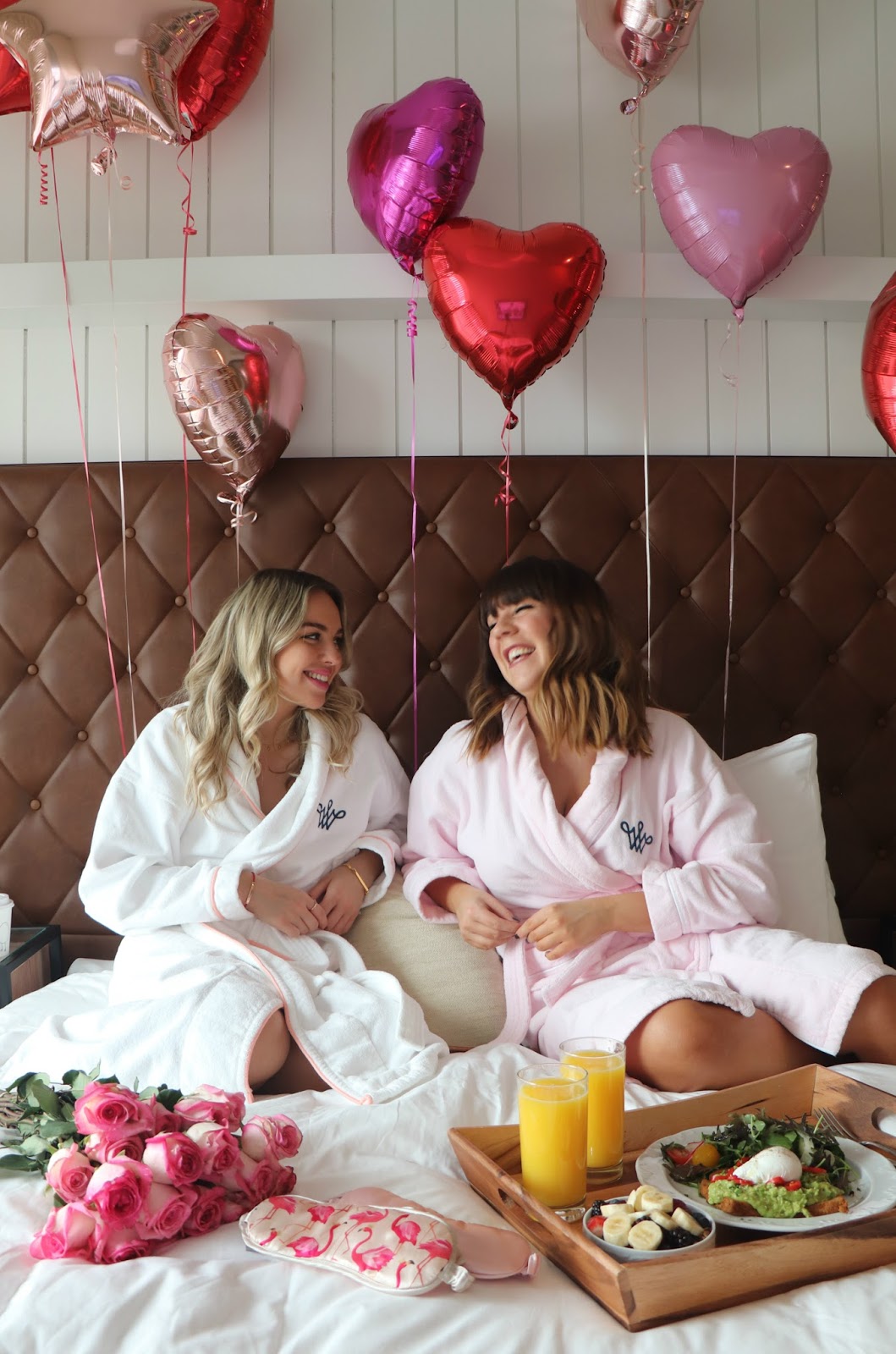 Being upgraded on the way out. HI LEG ROOM, HI SLEEP, HI FEELING LIKE A MUCH ROUGHER AND LESS SASSY VERSION OF BEYONCE.

Turning the corner and seeing that Manhattan skyline for the first time.

Discovering Two Boots Pizza in Brooklyn which did the most incredible gluten free Pesto pizza, and taking it away to eat in our hotel with a bottle of prosecco and just chilling for our first night. What dreams are made of.

Shake bloody Shake. I didn’t know that Shake Shack did gluten free buns and pretty bloody amazing ones at that and let me just tell you lads, demolishing the Smoke Shack in Madison Square with a grape soda putting the world to rights was a pretty special moment.

Exploring Brooklyn. This was the first time I’d ever stayed outside of Manhattan and I absolutely loved it. We stayed at the Williamsburg hotel which is all the interior goals you could possibly imagine and I really really loved finding cute independent coffee, clothing, interior etc. shops whilst also pretending I was Dan Humphrey’s girlfriend just waiting for him to come and pick me up. No you’re cool.

Heading to a party shop to buy balloons for a shoot and accidentally ending up in an extremely rough af area of Brooklyn. It was probably one of our most silly moments but the thought of us extremely English looking tourists wandering around with 18 helium balloons in the hood still makes me laugh until I cry.

Spending time around Union square which made me reminisce so much about my trip last October where I spent 3 weeks living in NYC and just having the best time imaginable. I stayed in an Air BnB not far and it’s always felt a little bit like home from home.

A strange one, but getting to grips with the Subway and seeing all sorts of characters on it. From buskers to the most insane dance groups, there’s always something to see and smile at.


Visiting the Top of the rock for the 305835 time. No matter how many times I see it, that view never ever fails to blow me away. This time I got my tickets through Attraction Tickets direct which is perfect for booking tickets in advance so you don’t end up queuing on the day or struggling to book while you’re out there.

Really taking in Brooklyn bridge and the view of Manhattan and Brooklyn. We shot there for well over an hour which was complete and utter chaos with the thousands of people constantly getting in the way but at the end, I kinda just took a moment to take the view in and see it with my eyes and not my camera and just appreciate where I actually was. My favourite place on earth.

Finding a new found love for Pizza and prosecco in bed. No amount of lovely meals out quite compares to being a total slob in your pjs with a face mask demolishing every crumb of pizza in sight.

Just spending every second with Hayley laughing until I was ugly crying (shout out to anyone that looks like a goddess when they’re laughing, teach me your ways.) 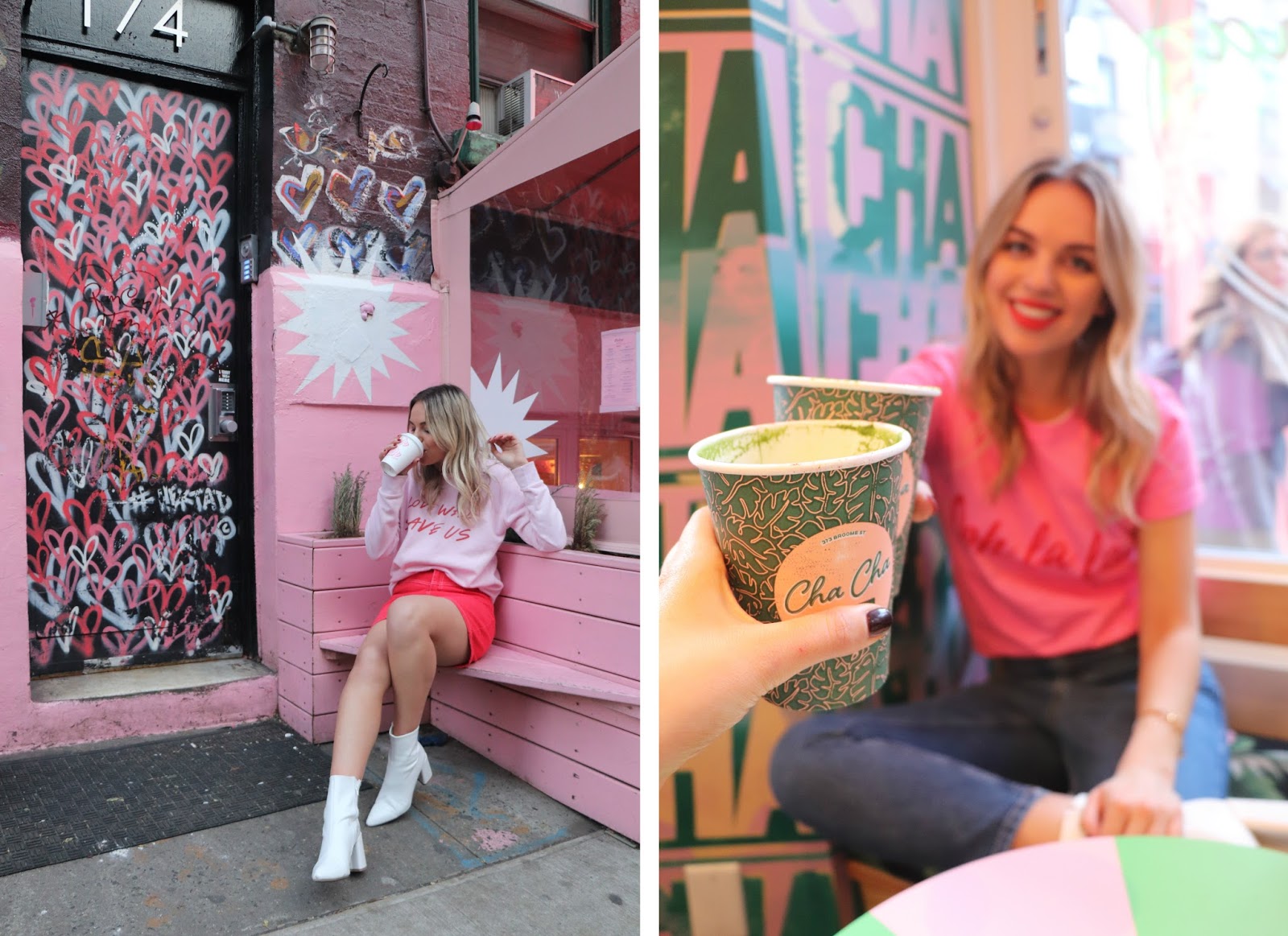 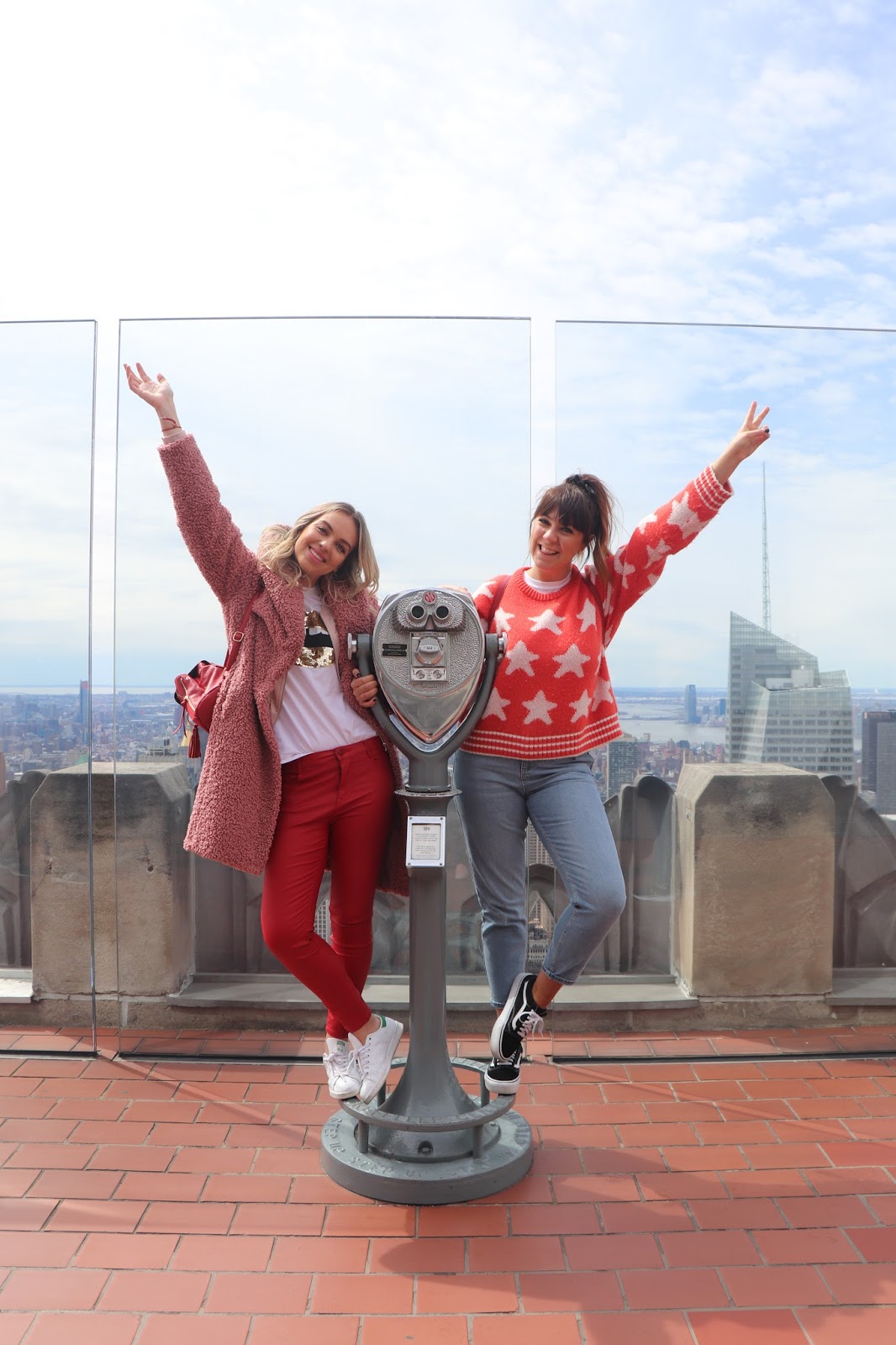 And I think I’m gonna wrap this up here because to be honest, I’m about to board a plane for 7hrs and I’m lucked out in Premium again and I’m hoping to just sleep for the rest of eternity. Thank you always for all of the love on my New York content – especially the Instagram’s… you always give so many good vibes – I think anyone that has followed me for a while knows how much I’m obsessed with New York (somewhere between my love for Harry Potter and my love for pizza) so I hope you didn’t mind this little diary/favourite moments type of post rather than a really helpful guide because in all honesty, sometimes i just want to be able to look back and remember some of my happiest moments rather than constantly focusing on trying to get the best, most helpful, searchable, high blog traffic worthy content. Sometimes I just want to have a little brain splurge and that’s exactly what this is.

Sending lots of love to anyone who’s stuck around to this point, from a totally broken, jet lagged Elle that will probably read this back and re-confirm that I’m a complete and utter mess in life.